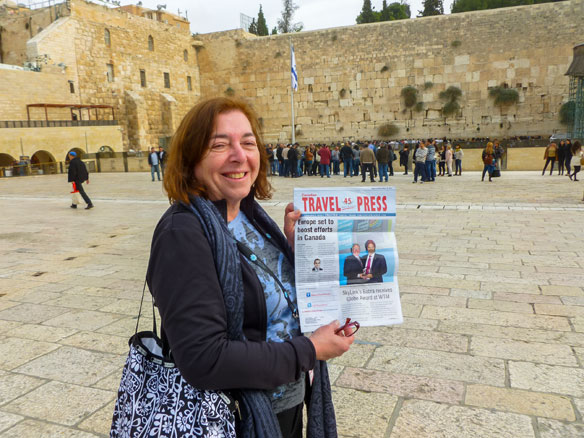 This week, Canadian Travel Press had a chance to catch up with Ellen Melman who, after 40 years with Israel Ministry of Tourism, most recently as its Director Operations & Marketing Travel Industry, Clergy & Community Liaison, talks about the many changes and adventures she had during that time.

I heard that the Israel Government Tourist Office, as it was called at the time, was looking for an Office Administrator/Manager and I applied for, and was offered the job. Through the years prior I had earned a good track record for remaining a loyal employee for a long period of time and thought I’d remain with the organization for about 5+ years. The position I held changed over the years, opening options for me to offer my skills in other areas, which made it even more interesting. I was able to exhibit and speak at trade shows, working with all aspects of the travel industry, retail agents, tour operators, hoteliers, etc. and it enabled me to travel promoting Israel throughout Canada to various organizations, schools, etc., and the rest is history.

As soon as I accepted the position, every day became a new adventure. I was asked to represent Israel in Fiji at a Conference with one of our tour operators who sells Israel. That was an adventure! Totally unexpected and fantastic.

I’m sure that there are a lot of highlights, and I’m wondering if you could pick out a highlight from each decade of your career? And, perhaps, tell CTP’s readers why it was a highlight?

Highlights, where does one begin:

1980-1990: Israel’s currency changed from the Lira to the New Israeli Shekel (NIS). In 1986, a boat from the time of Jesus was discovered on the shores of the Sea of Galilee. And while we are in the neighbourhood, other important archaeological excavations took place unveiling Israel’s 2000-year-old history, i.e.: Magdala, in Israel’s northern area, along the shores of the Sea of Galilee, a once-prosperous fishing village, hometown of Mary Magdalene and one of the many sites Jesus often visited.

1994: Israel/Jordan Peace Accord – This agreement not only revealed the great relationship between these two countries, but also generated endless possibilities for increased tourism for both countries.

2018-2020: Israel welcomed 4.1 million tourists in 2018 paving the way for history-making tourism figures, in 2019 when tourism increased to 4.55 million visitors. Israel expected tourism to increase even more so in 2020. Clearly, due to the pandemic, like every other worldwide travel destination, Israel regrettably realized the negative effects caused by the virus. 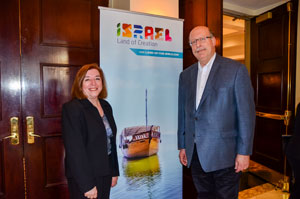 I’m curious, how many directors of tourism have you worked for during your career? And, can you name them all?

Israel’s tourism product and tourism strategy is certainly not the same as it was when you began your career with the Ministry, can you talk a bit about how it has changed?

The faith-based tourism community has been the be-all capture but through the years, I’ve witnessed Israel tourism burgeoned in other notable tourism segments as well; culinary, ecotourism, adventure, voluntourism, wine tours and more. Many of Israel’s wineries have earned world renown from wine connoisseurs and publications alike. Wine tourism has become a huge draw. Israel is now home to drones capturing Israel’s spectacular vistas along its magnificent Mediterranean coastline, its multi-layered city-scape, its amazing archaeological and excavation sites and winding ancient tunnels, its rich and vibrant country landscape with mountains (more like hills, but in Israel we are happy to say we have mountains!) through0ut its many valleys and streams, in short, from the snow-capped peaks of Mt. Hermon to the depths of the Dead Sea, and all the way south to the glorious colourful Red Sea.

How many times have you been to Israel? And what is your favourite thing about the country?

I’ve been to Israel on 8 or 9 occasions as an official escort for many in the travel industry with travel agents, tour operators, media (representing various outlets) and escorted faith-based tours with Pastors.

I was fortunate to do a personal three-week vacation and travelled from North to South, East to West, certainly not long enough.

Favourite thing – Hmmmm that’s tough. For sure I loved engaging with the people, grasping the textured history, witnessing the ancient discoveries, tasting the delicious food which represents more than 75 cultures from around the world, drinking the award-winning wines, and more. There are so many favourites, too many to pick only one.

Last question … what’s your message to the industry?

Don’t leave Israel on your bucket list for yourself or for your clients. Come as soon as you can. It’s a country that you will experience, like no other destination.
As it has been said millions of time: “If you liked the book, you will love the country.” 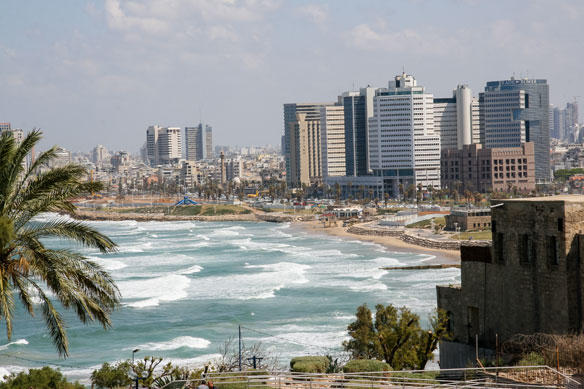