Heroism And Hardship on the High Road to Adventure 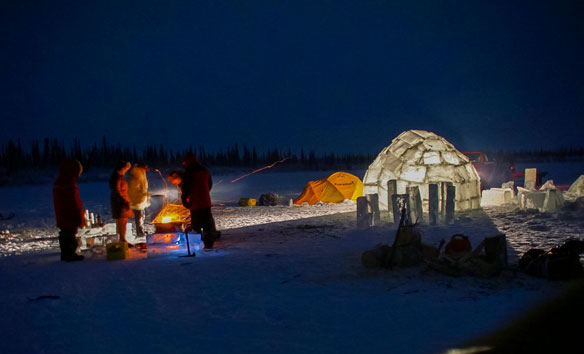 Darcie Guarderas is inviting people to travel a northern route that bears the name of a man who became synonymous with heroism and hardship while unravelling a Northern tragedy immortalized in RCMP lore. 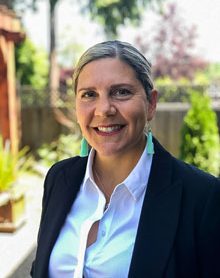 Guarderas is with Calgary-based Anderson Vacations, which offers escorted and self-drive summer tours along the Dempster Highway, a 737-km-long journey that begins just outside Dawson City, Yukon Territory, working its way over rugged mountain ranges and crossing the Yukon-Northwest Territories border and the Arctic Circle before finally arriving in the modern Arctic community of Inuvik, N.W.T.

And in doing so it somewhat retraces a route used long ago by winter Mounted Police dog-team patrols that would carry mail and other items hundreds of kilometres between Dawson City and Fort McPherson, N.W.T.

One of those patrols led by Insp. Francis Fitzgerald set off from Fort McPherson Dec. 21, 1910, with Fitzgerald’s diary eventually revealing the men realized they had become lost during a time of year that saw plunging temperatures.

The frostbitten patrol members then unsuccessfully tried to return to Fort McPherson, with Fitzgerald leaving a poignant note shortly before his death in which he stated, “My last hope is gone.”

Two of the Mounted Police officers and their guide died of exposure and starvation while the other Mountie shot himself.

Sadly, the remains of the men — who historians now refer to as the Lost Patrol — were actually found near Fort McPherson, where their graves are marked with a monument.

After the patrol became overdue, Mounted Police Cpl. William “Jack” Dempster and three colleagues set out in search of it, finding the remains of Fitzgerald and the other missing patrol members in late March after tirelessly mushing in a sub-Arctic winter in search of them.

Dempster didn’t live to see the road that recalls his heroic efforts to locate the missing men but his children were on hand for the Aug. 18, 1979, opening of a project that was initially to be called Yukon Territorial Road No. 11 but was renamed the Dempster after a number of Yukoners argued it should pay a tribute to a man whose unceasing efforts to save lost colleagues should be honoured.

“It is incredible to think that Jack Dempster and his team travelled over such harsh terrain in the extreme cold to search for the Lost Patrol,” Guarderas says. “He was a true hero to sacrifice his own safety, only to bring back the very sad news that the Lost Patrol had not survived. When guests travel with our guides and hear this story, I think it truly puts things into perspective for many people. We are just a tiny speck in this enormous world and knowing that Jack Dempster faced these conditions is very humbling.”

Stories By The Mile

The Dempster was derided by some as a “Road to Nowhere” when plans for it were first announced, while another critic sneered that it would take travellers from “igloo to igloo.”

But today the virtually year-round gravel road routinely lures adventurous sorts, who begin their journey at Mile Zero, found just outside Dawson City, the epicenter of the Klondike Gold Rush, on its journey north, venturing past the likes of Eagle Plains, which nearly 100 years ago was the site of the final gunbattle between Albert Johnson – the so-called Mad Trapper of Rat River, whose bloody seven-week rampage is the stuff of another Northern legend – and his pursuing RCMP posse.

(In a case of adventurous meeting the possibly eccentric, at one time highway travellers arriving at the site determined to be that where the Arctic Circle crosses the route were greeted by former highway worker Harry Waldron, who would sport a tuxedo and top hat, and sip Champagne while reciting Robert Service poetry from a rocking chair. Waldron – who proudly declared himself to be the Keeper of the Arctic Circle – is now dead, with his ashes reportedly being scattered along the highway he loved.)

The Dempster – which some say amounts to Heavy Duty Gravel Travel – also crosses the Peel and Mackenzie Rivers in the Northwest Territorities, with summertime visitors traversing the waterways by ferry, while those travelling the road during winter driving over the then frozen rivers.
Area wildlife that may be spotted include grizzly bears, caribou, falcons, owls and a host of other creatures.

Impossible To Be Disappointed

Inuvik is a carefully planned community dating back to the 1950s, and its attractions include Our Lady of Victory, an igloo-shaped Catholic church. 2017 saw the opening of the 138-kilometer Inuvik Tuktoyaktuk Highway, which enables people to continue to the coastal Beaufort Sea community of Tuktoyaktuk.

“The Dempster Highway is magical for many reasons,” says Guarderas. “From its sub-Arctic landscapes and towering mountain peaks to the incredible hiking and spectacular vistas, it is impossible to be disappointed.”

“In August of 2020, during the pandemic, BC residents were still able to travel to the Yukon so I was lucky enough to visit Dawson City and spend the day flight-seeing and then driving back down the Dempster. We hiked to the top of a peak, carefully stopping to turn and soak in the views below and truly be in the moment, Guarderas told CTP.

“Dawson City has its own personality. It’s a clever little town that literally steps back in time. From its gold rush history, time-preserved storefronts and homes to the locals that welcome out-of-town guests like they are the first to visit, Dawson City is one of a kind. For history buffs, there is a bounty of interesting stories to delve into,” she explained.

“Both Dawson and Inuvik have very strong ties to First Nations culture and I love this. Inuvik not only has an igloo-shaped church but it is also the gateway to true Indigenous experiences. In the winter, guests can view over 3,000 reindeer and sleep in an authentic igloo if they choose to. On one of my past trips I was lucky enough to do so and I will never forget it,” she said.

But Guarderas adds that the Dempster’s greatest allure for her may have been provided by Mother Nature, whose handiwork has left inspiring landscapes throughout the regions the highway ventures through.

“Flying over Tombstone Mountain (found in the Yukon’s Tombstone Territorial Park) on a scenic flight is one of the most dramatic things I have ever experienced,” she says. “I felt as though I could reach out and touch the mountain peak, we were so close to it. It was overwhelming to realize just how tiny we are in the scope of things on our magnificent planet.” 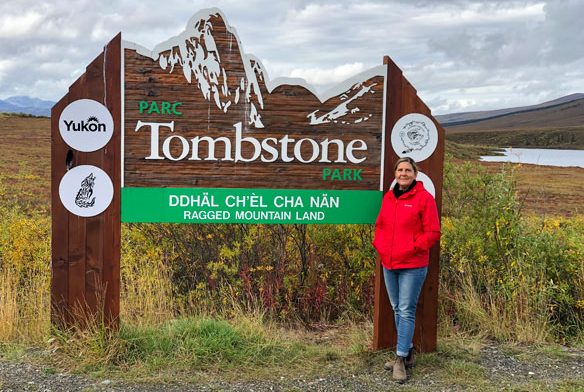