Everything’s coming together for Portuguese carrier 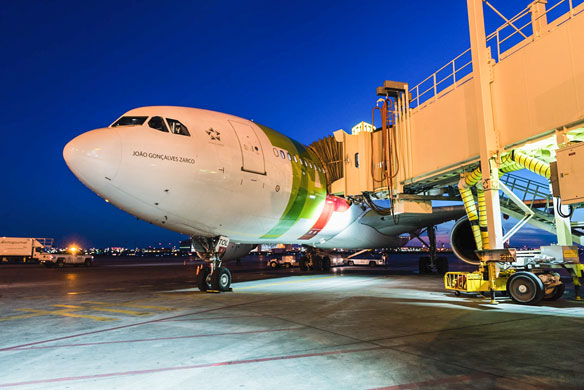 David Neeleman agrees that his involvement with TAP Portugal is something a little different for him. Neeleman has a track record of founding or being part of group’s launching low-cost carriers like WestJet, JetBlue (which he founded), Morris Air (which was sold to Southwest) and today, is the CEO of Brazil’s Azul Airlines. 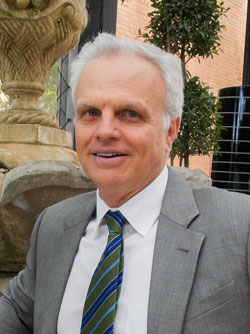 TAP Portugal’s David Neeleman during Toronto visit for the carrier’s launch of its service between Toronto and Lisbon, Portugal.

So getting involved with what many would describe as a “legacy” airline is definitely a departure, on the other hand, considering what’s been going on at TAP Portugal in the last little while, his group’s involvement bodes well for the Portuguese carrier’s future.
“It is a different play,” Neeleman agreed when the question was raised, explaining that: “We had been approached at Azul by the government of Portugal, the government of Brazil – I mean everybody really wanted us to get involved with it.”
Neeleman, who heads that TAP investment group, as well as being on its board of directors, explained further: “Had I not had Azul, I’m not sure it would have made this much sense for us, because about 40% of TAP’s revenues are Brazilian-related [and] I don’t think people really understand that.”
He agreed that there is a natural connection between Portugal and Brazil, but he told CTP that: “I think the thing that really convinced us that it was something to do was that we were pretty deep in a crisis in Brazil – things were pretty bad – and HNA Group – which is one of our shareholders at Azul – they were very interested in us doing the deal too. So much so that they said if you’ll do the deal with TAP then we’ll invest in Azul.”
The result, he observed, is that “everything just kind of came together.”
And come together it did, with TAP Portugal adding Toronto as its fifth North American gateway (its first in Canada) – the others include New York’s JFK, Newark, Boston and Miami – at the beginning of June, to offer service to Lisbon five times a week.
“[TAP’s] a great company and it’s got great people; and a great safety culture. The product was, you know, obviously, very tired and needed to be refreshed. [It] needed a lot of new capital investments. So we’re doing all that and we’re really seeing the benefits of it.”
May 2017 results show the carrier’s passenger traffic was up by 20% over the same period in 2016 and that growth clearly proves that the carrier’s huge investments in a major fleet renewal coupled with revamping the way that it comes to market is paying off.
In fact, if you ask Neeleman what to expect from TAP, he’ll tell you: “First of all, if you’re going to Portugal, you should be going on TAP. We’re going to fly this market year-round [referring to the launch of Toronto]. We’re not going to come in and out in the summertime. I know there’s a very large Portuguese community here, so they can depend on us that we’re going to be here.”
And he continued: “We’re going to be able to get you to Portugal without having to make a connection through London or somewhere else. You’re also going to get some really good service – you know, new planes, great service, good fares. If you want to go to secondary cities, where maybe Air Canada doesn’t have non-stop service to, the southern tier of Europe – [TAP is] really going to be the best way to get you there.”
A member of Star Alliance, TAP serves 46 destinations in Europe and 16 destinations in Africa, and with that kind of route network, Neeleman agrees that the travel trade is important to TAP pointing out that “more than half of our business from the United States goes beyond Portugal.”
And that’s why TAP launched its Portugal Stopover program, giving its long-haul passenger who were transiting through Lisbon a chance to spend up to three days in either Lisbon or Porto, before continuing their trip.
“I’m not sure how it is in Canada, but in the United States, if you ask somebody if they’ve ever been to Portugal, they all say ‘no, but I hear great things and I’d like to go there someday.’ Nobody has ever been there, but everybody wants to go there.”
And once they’ve been, Neeleman said, they all want to go back.
As for TAP, he told CTP that: “The airline is 72 years old. Our people are committed. It’s a critical part of the Portuguese economy, and I think the people that work there know that and they’ve been through some tough times. It has been government-owned since 1974, and the government wasn’t allowed by European rules to invest in the company and now they’re seeing new flights coming, and new investment, new products – and there’s a lot of excitement there.”
As for his message to the travel trade, Neeleman said: “The message for the trade is book your people on TAP with confidence – they’re going to love it. And when people discover Portugal, they’re going to love it.”
For more, go to http://www.flytap.com .