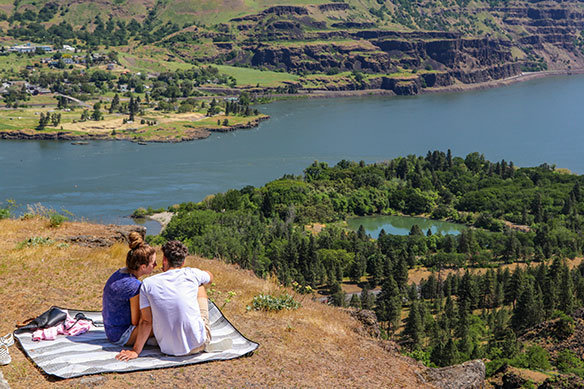 With such iconic landmarks as Mt. Hood, the Columbia River gorge – one of the top places in the world to windsurf – and Crater Lake, it’s no wonder Oregon is attracting adventure seekers like never before.

Adventure can be found virtually everywhere in Oregon. With this in mind, Oregon tourism officials have extended an invitation for travellers to “come find [themselves] in our wild places.”

And what better place to disconnect than in Oregon, with its wineries, rugged terrain and mountain peaks, waterfalls, whitewater rivers and towering forests? It is one of the most geographically diverse states in the US, marked by volcanoes, abundant bodies of water, dense evergreen and mixed forests, as well as high deserts and semi-arid shrub lands.

Not unexpectedly, much of Oregon’s tourism attractions centre on the state’s natural features, including Crater Lake National Park (which comprises the caldera surrounding Crater Lake, the deepest lake in the United States), Multnomah Falls, the Painted Hills, the Deschutes River and the Oregon Caves National Monument & Preserve. Mt. Hood (Oregon’s highest point at 3,429 metres) and Mount Bachelor draw visitors year-round for skiing and other snow activities.

For history buffs, there’s the famous Oregon Trail, which can best be discovered at the National Historic Oregon Trail Interpretive Center in Baker City. Get the stories of the hopes, dreams, joys and heartaches of early pioneers. More on this later.

The Pacific Northwest State is truly a place to get lost in, get off the beaten path and back to nature. Whether on a hiking trail, biking route, alpine lake or in the back country, Oregon is waiting to be discovered. 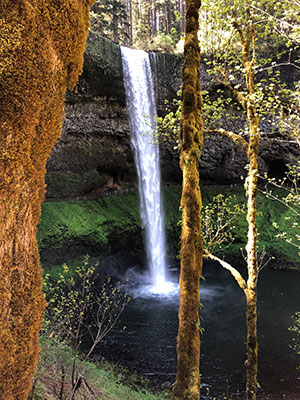 Travel Courier’s Greg Coates, along with tour operators from around the world, recently took part in the 2019 Oregon Road Rally, exploring the Portland region, as well as Central – considered one of the top spots for Sasquatch sightings – and Eastern Oregon.

Quirky Portland, as it’s been called, is the state’s largest and most populous city and a great place to start, and where most Canadians are likely to fly into.

Known as The City of Roses, Portland is a vibrant city, home to a plethora of coffee shops, craft breweries (the city has upwards of 75 breweries) and an active music scene.

Portland has been named by some as the best city in the world for street food. Food carts number in the hundreds and are clustered in “pods” throughout the city (many in the downtown area). The lineups attest to the quality and affordability of these authentic eats.

Foodies may also want to check out the city’s Farmers Market, featuring fresh produce and arts and crafts. Every March is Portland Dining Month with more than 100 restaurants offering three-course meals at a fixed low price.

Portland is a city of neighbourhoods and very walkable (the city’s public transit is also very efficient). It is also very green and home to numerous parks and gardens.

A must-do is a stroll through Washington Park, home to the city’s Japanese Garden, one of the most authentic outside of Japan and including eight distinct gardens, and the International Rose Test Garden, highlighted by more than 10,000 rose bushes. If in bloom, a must-see. The best viewing months are May through October.

Portland is high on many traveller’s lists, but what about the rest of the Oregon? As mentioned earlier, there’s beauty to be found in every corner of the state. The following are just a few of the highlights.

Located between the Cascade Mountains and the high desert plateaus of Central Oregon, Bend has evolved from a sleepy lumber town to an international mecca for outdoor enthusiasts.

The town’s Old Mill District, once home to the two largest pine lumbers mills in the world, now offers an eclectic mix of restaurants, tasting rooms, shops and riverside trails, as well as outdoor recreation and entertainment. The Les Schwab Amphitheater has hosted such artists as the Dave Matthews Band, Sheryl Crow and Jack Johnson.

Another of Bend’s claims to fame, it is the home to the last Blockbuster Video store in the world (be sure to stop by for a selfie).

Nearby by Bend, and worth a visit, is Smith Rock State Park. Here, sheer cliffs rising from the Crooked River Canyon make for world-class climbing. There are also numerous hiking trails. Also in the vicinity are Fort Rock State Park and Fort Rock Cave.

Baker City is renowned as one of the coolest foodie towns in Eastern Oregon. Guests are invited to take a culinary walking tour through downtown, with hot cinnamon and huckleberry vodkas at Glacier45 Distilling and bold beers at Barley Brown’s Brewpub on tap.

Located along Highway 86, as you approach Baker City, is the National Historic Oregon Trail Interpretive Center. 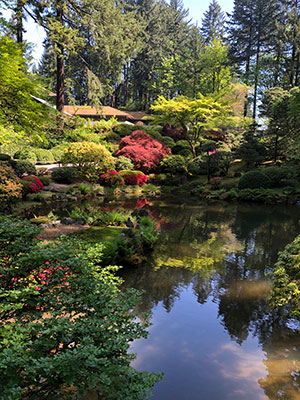 The Oregon Trail is the longest of the overland routes used in the westward expansion of the United States. Inside the visitor centre are exhibits on the trail and local pioneer history. Hiking trails and miles of actual preserved Oregon Trail with authentic wagon ruts can also be found.

The centre focuses on six themes related to westward migration and settlement: Pioneer Life on the Oregon Trail; Mountain Men and early Trail Travellers; Native Americans along the Oregon Trail; Natural History along the Trail and in Eastern Oregon; Mining and Early Settlement; History of the General Land Office – Grazing Service – Bureau of Land Management.

Where to stay: Geiser Grand Hotel

This historic downtown Baker City hotel was built in the 1880s and fully restored in 1997. Special features include the hotel’s stained-glass skylight, crystal chandeliers and mahogany woodwork. Said to be haunted, albeit by friendly ghosts, visitors are welcome to stay or just stop by to wander the lobby and mezzanine, enjoy a drink at the historic 1889 Saloon, or a fine meal at the Geiser Grill.

On the way to Baker City, an interesting stop is the Kam Wah Chung State Heritage Site in the town of John Day.

Originally a Chinese medical clinic, general store, community centre and residence, built in the 1870s, Kam Wah Chung offers a glimpse into the past and the lives of two Chinese immigrants, Ing “Doc” Hay and Lung On. For 50-some years, the building was a social, medical and religious centre for Oregon’s Chinese community.

For a taste of the Wild West, the spirit is alive and well in Pendleton, situated in northeast Oregon along the banks of the Umatilla River.

The town’s most famous event, the Pendleton Round-Up, celebrates frontier culture and is held annually during the second week of September. The week-long hoedown features parades, a Pow Wow Dance Competition and traditional rodeo events like steer roping and barrel racing.

For something a little different, take the Pendleton Historic Underground Tour, offering an interesting – and below the surface – look into the town’s colourful past. Think gambling, bootlegging and prostitution.

The Tamástslikt Cultural Institute at the nearby Umatilla Indian Reservation provides insight into Native American tribes that have long called Pendleton their home, with displays showing the region’s history through the eyes of the Walla Walla, Cayuse and Umatilla Tribes.

At 3,429 metres, Mt. Hood’s perpetually snowy peak – crowned by 11 glaciers, one for every thousand feet it rises above sea level – can be seen from miles away. It’s home to a total of six ski areas, making it a great base camp for skiers.

Beautiful alpine lakes with names like Lost, Trillium and Mirror surround Mt. Hood, each offering its own unique view of the mountain.

It is also home to the historic Timberline Lodge, which hosts some of the only year-round skiing anywhere on earth. Famous as being the resort filmed in the opening scenes of The Shining, if you can’t stay, the lodge is also a great place to sit by the fire, have a glass of wine and take in the scenery. 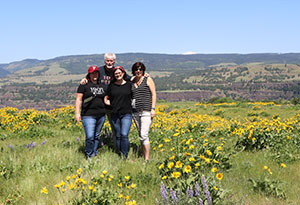 The 2019 Oregon Road Rally was a huge success and included teams from Canada, the US, France, the Netherlands, Britain, Germany, Korea, China, New Zealand, and Australia are taking part.

The trip was very enlightening, but, regrettably, resulted in no Sasquatch sightings! 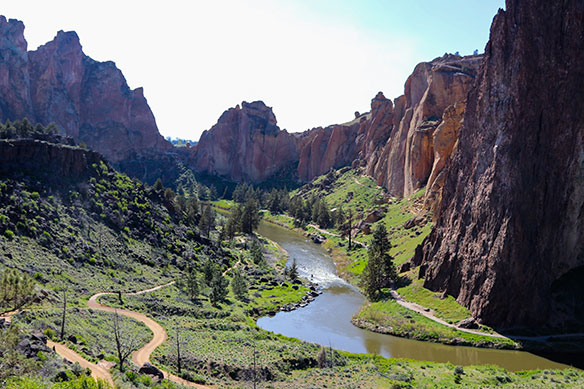