Dig into the flavours of Costa Rica 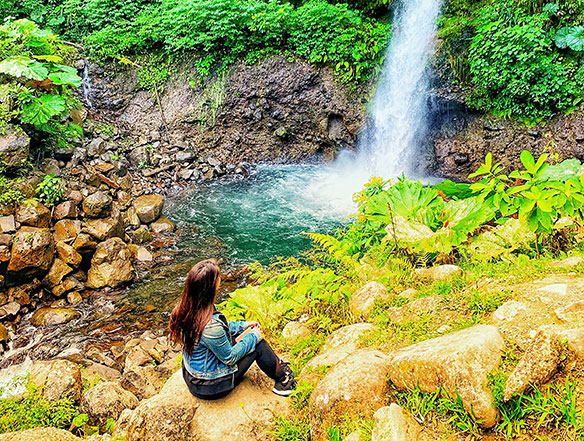 It’s our first morning in Costa Rica and we’ve abruptly come to a stop on the side of the road after passing through Cerro de la Muerte, a scenic mountain range that translates to Summit of Death. A moment of confusion arises as the group tries to decipher what’s going on – are we lost? Are we having car trouble? Until it becomes clear as San Jose-based chef Jose Pablo Gonzalez leaps out of the vehicle and jumps up a nearby poro tree to grab flowers for the group smell, explaining some of the ways locals cook with the ingredient, commonly prepared with beans.

A short while later, he’s at it again, this time collecting sweet granadilla, “a passion fruit from the highlands,” and dividing it up communally for everyone to get a taste. 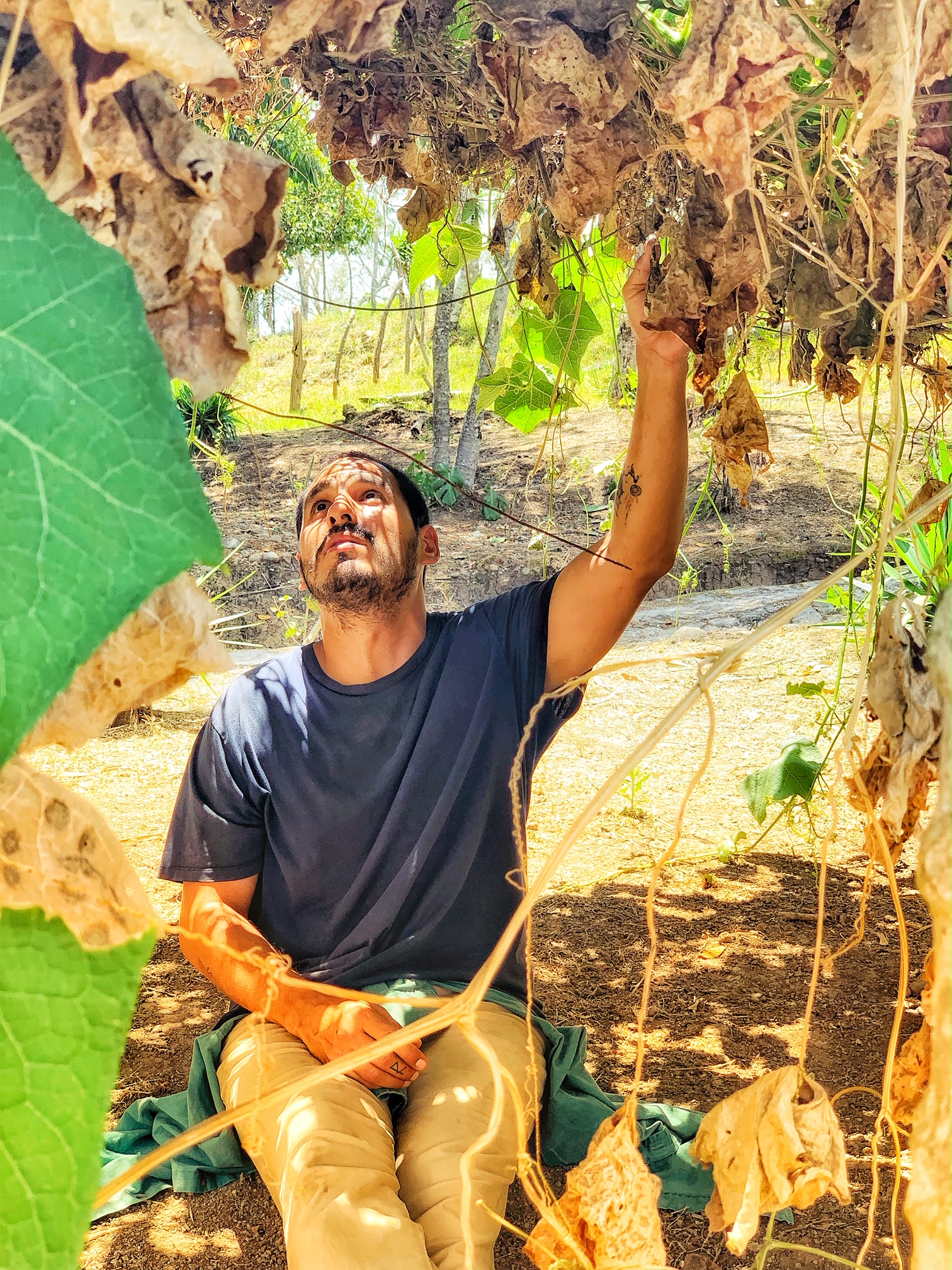 Foraging for edible goods winds up being a frequent scene over the next week – even while walking along the urban streets of the country’s capital city – on a culinary exploration that takes us to rural farms, avocado and coffee plantations, farmers’ markets and restaurants ranging from sodas, traditional Costa Rican eateries, and breweries to high-end and trendy establishments. It perfectly encapsulates Gonzalez’ passion that “Costa Rica is an edible country.”

A year after passing the bar, Gonzalez left the daily grind behind to study at Le Cordón Bleu Paris and pursue culinary arts in France for five years. Since 2014 he’s been operating Al Mercat, a farm-to-table restaurant in San Jose’s Barrio Escalante neighbourhood, and is on a mission to showcase that the riches of the destination extends beyond exotic animals, mountains, waterfalls and volcanoes.

“Tourism is the No. 1 source of income for our country and we already have these beautiful natural resources that we can show, imagine showing people what we are made of culinary- wise,” he tells Travel Courier. “We have so much different produce to work with, our farmers’ markets are the proof of this. The whole edible country is proof that we can have people coming because of our natural resources and coming to taste Costa Rica. Culinary tourism is super important for us because we can show the world what we are made of and people can come and taste these beautiful tropical delicacies that we have in our country, not just because of the natural resources, but for our beautiful food too.”

Food for thought… and tourism

In a destination already known for its spectacular nature and wellness offerings, Gonzalez works alongside the Costa Rican Tourism Board (ICT) to connect travellers with agricultural and foodie experiences across the nation. The importance of culinary tourism can’t be underscored, especially in a country ripe with fresh ingredients. 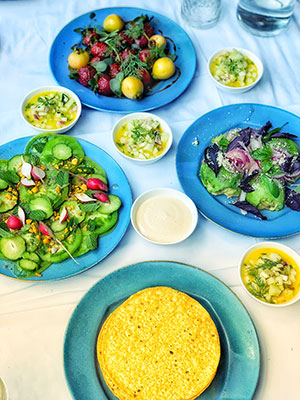 According to a new Global Culinary Tourism Market report by Technavio, the global culinary tourism market is expected to post a compound annual growth rate of 9% through 2023. Food has increasingly become a key motivator for travel, with a recent Skift Research survey finding that nearly one-third of the adults surveyed indicating they have taken a trip where a food or beverage related experience was the main purpose for the trip. Similarly, six out of 10 travellers in a 2017 Booking.com survey noted they have picked a travel destination because of the great food or drinks on offer. In recent years food has become a central focus for tour operators around the world. Some have even catered to the trend by offering specific culinary-themed journeys and itineraries.

At Finca Agroecoturística La Chiquita, a rural farm in Pocora, Limon, we are introduced firsthand to one of several families focused on rural and culinary tourism as a main source of income.
“These families are working together now to improve their situations, they sell what they produce,” explains Gonzalez. “They no longer have to travel abroad for work, they can self sustain. The idea is for groups to interact with the families.”

Visitors are able to tour farms and partake in home-cooked meals while getting immersed with people in the community and experiencing their way of life. Guests also have the option of spending the night at Finca Agroecoturística La Chiquita for a homestay visit, exploring a nearby waterfall and playing soccer with children from the area. This particular Finca also produces Saril, an alcoholic beverage made from Hibiscus, which Gonzalez sells and uses in his restaurant, and is freely poured for the group to taste. Through translation, we glean the farm gets an average of 20 visitors per month, a figure they are hoping to grow. 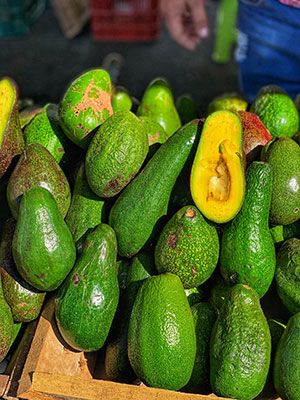 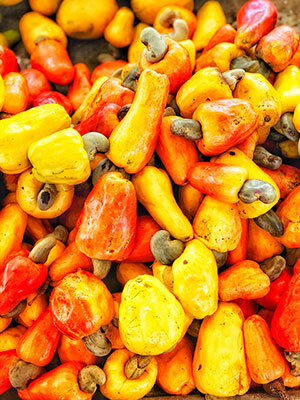 A key part of our visit is a homestyle meal, made mainly from ingredients grown and produced on the property, as  Gonzalez outlines that farm-to-table dining is simply the way of life in Costa Rica.

“Fruits and vegetables are our parmesan,” he says. “Buying produce from local farmers’ markets and local people helps the whole economy, it’s something that will benefit the whole nation, so we’re focused on that, just helping our own peers here in Costa Rica, trying to let them know that what they’re growing is amazing stuff.”

Describing his own dishes as “Costa Rican food from my childhood,” Gonzalez explains he prepares meals that are simple, fresh and delicious.

At Finca Al Mercat, his family farm in San Jose that supplies the majority of the produce he uses in the restaurant, he cuts off and digs up vegetables we later enjoy during an al fresco lunch under a canopy of bamboo trees. Whatever they can’t grow, is sourced from local farmers’ markets.

There are plans in the works to open a farm-to-table restaurant directly on the farm, and Gonzalez already runs guided tours and cooking classes for visitors.

And if the proof is in the pudding, or in this case produce, he says the country is one of only five areas in the world with a Blue Zone.

“We have a blue zone in Nicoya where people live more than 100 years,” he says. “Our diet is based on beans, corn, squash and other medicinal stuff that we grow around Costa Rica. The way we have been eating [for decades] is proof that we are a big country for culinary tourism. It’s a big thing for us to take advantage of and show the world what we are made of.”

And while they may not necessarily live longer, a bounty of culinary experiences await travellers in Costa Rica.

“The minute you step foot in the country you are going to find edible stuff all around,” he says. “Even in the city, you’ll find Costa Rica is a big farm. We are an agrarian country so besides having all this agrarian tradition of planting in your own house, stuff is growing all over, even in fences, in the cities.”
https://www.visitcostarica.com/en 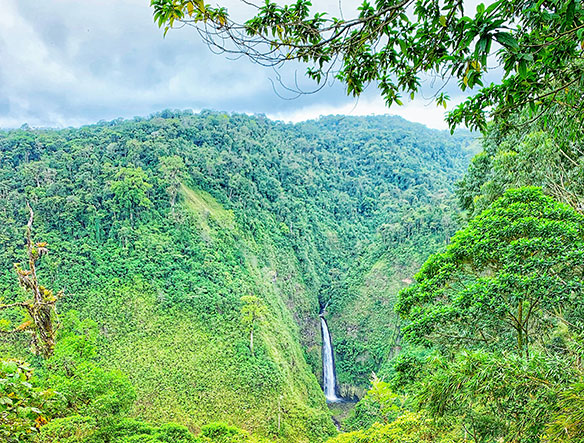