Home › Digital Post › Five trends to watch out for this year

Five trends to watch out for this year 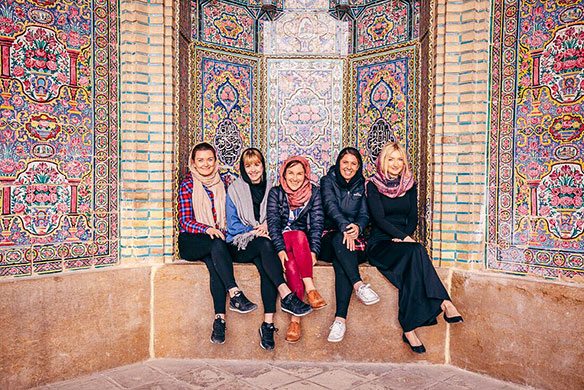 After analyzing booking data from its 350,000 global travellers across more than 1,000 trips on every continent, Intrepid Travel has released its annual list of travel trend predictions.

Ranging from a spike in extended layovers to an increasing demand for finding female empowerment abroad, Darshika Jones, director of North America for Intrepid Travel, points out that this year’s trends align with greater global themes the 30-year-old adventure travel company is hearing about in the news and seeing in political and social agendas.

“Our Global Business Analytics team monitors and analyzes data to excavate the formulating trends – whether that’s an increase in vegan dietary needs on our trips, or increased bookings in a particular destination – so our Destination Managers and Product teams can innovate new adventures that cater to the trends,” Jones tells Canadian Travel Press. “Last year, we launched a range of solo trips to celebrate the growing number of solo travellers booking Intrepid Travel trips; this year, we created Women’s Expeditions and Vegan Food Adventures, both catering to a style of travel we’ve seen demand for.”

Here’s a look at what’s trending this year:

A recent study commissioned by Intrepid Travel from OnePoll found 58% of 18- to 29-year-olds would spend more on travel if they knew their money would go to the local communities they’re visiting; compared to 32% of travellers aged 51 and above.

“Millennials have become widely recognized as the most socially-conscious generation of their time, shifting focus away from major institutions and instead committing to social change issues and sustainable business practices,” she says. “This shift has drastically impacted the tourism industry, as this generation is spurring a demand for responsible tourism and experience-rich travel. Millennial travellers want to truly immerse in a destination and all it offers, while bettering people and the planet, whether that’s sleeping in a tent in Botswana’s Khama Rhino Sanctuary surrounded by zebras, giraffes and wildebeest, or camping in Iceland where they will participate in planting trees to offset the impacts of deforestation.”

As a result, this year, Intrepid Travel launched a dedicated range of trips for 18-29 year olds, with 80 trips focused on experiential and sustainable travel experiences.

2) Travellers will make the most of a layover
While Canadians are big fans of non-stop flights, sometimes a layover can actually add to a getaway. With multiple airlines taking advantage of what was once a dreaded layover – think Icelandair and Turkish Airlines’ stopover programs in Reykjavik and Istanbul, respectively – Intrepid Travel predicts a rise in extended layovers and short-breaks.

“In the past two years, an increased number of airlines have capitalized on layovers to put tourism dollars directly into layover cities,” she says. “Icelandair and Emirates are two of many airlines that have created programs to entice travellers to spend extra time in stopover cities. The extended layover has sparked the need for businesses to create shorter travel experiences within these cities.”

To cater to this demand, Intrepid Travel has a selection of short-break tours offering travellers on layovers the option to embark on a locally-led tour that’s focused on integration in the country.

New options include a Taste of Istanbul, which offers immersive insights into Turkish culture and cuisine, as well as Dubai Discovery, which delves into the city’s heritage beyond skyscrapers and Palm Islands. 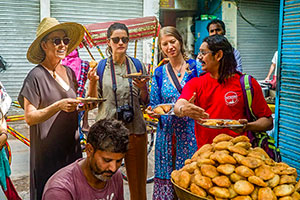 3) Culinary travel defies restrictions
Not only is culinary travel continuing to be essential when travelling, but catering to plant-based options in particular is also on the rise. Over the past three years, there was a 600% increase in the number of Americans identifying as vegan. Meanwhile Emirates announced a 40% uptick in inflight vegan meals.

“The industry sector has noted a significant shift in consumer habits toward vegan and vegetarian options, which we believe is no longer a trend, but a lifestyle,” she says. “Aligning well with Intrepid Travel’s stance on animal welfare and sustainability, we launched a dedicated range of Vegan Food Adventures in three destinations that will begin departing this year. The brand new range of trips were created as an option for vegan travellers to experience a culture through its food, without worry of dietary restrictions.”

The new dedicated range is offered in India, Italy and Thailand, and was so well-received that the tour operator added additional departure dates.

4) Travellers find female empowerment abroad
On the heels of International Women’s Day, a lot of issues surrounding gender equality and the #MeToo movement were brought to the forefront on an international scale.

“This year fostered an open discussion around identities, breaking down traditional markers of race, age and gender in the borderless world,” she says. “The social movement shaped a global female empowerment movement in 2018, which sparked Intrepid Travel to develop a new line of women-only expeditions in Morocco, Iran and Jordan. The itineraries, each guided by female tour leaders, break the barriers of traditional tourism in these locales, offering a deeper understanding of female culture in each Middle Eastern nation.”

Launched as a limited-edition range, the trips increased by 800% with 24 departure times this year, “highlighting that females are finding empowerment through global connections.”

Intrepid Travel’s range of community-based tours are led by locals, designed to build education around First Nation peoples from the New Zealand North Island Discovery tour, which immerses travellers into the Aotearoa culture and supports a local Maori family, to The Australia Expedition – Journey into East Arnhem Land, which gives exclusive access to the wilderness where the Yolngu people have lived for millennia. Another tour, The Russia Expedition: Footsteps of the Reindeer Herders, went from a limited-edition trip, to full-range capacity, after noting significant growth in 2018.

Overall, Jones believes travellers will continue to seek real-life experiences to unify and empower not only themselves, but the local communities they visit.

“The data we’ve seen over the past year is a clear indication that people are seeking experiences that truly change the way they see the world: increasing departures by 800% on Intrepid Travel’s newly-launched Women’s Expeditions; our Indigenous tourism tours providing for local business and peoples; and Millennials actively seeking cultural immersion over luxurious holidays,” she says. “What this tells us is that travel is a powerful tool for connection and understanding.” 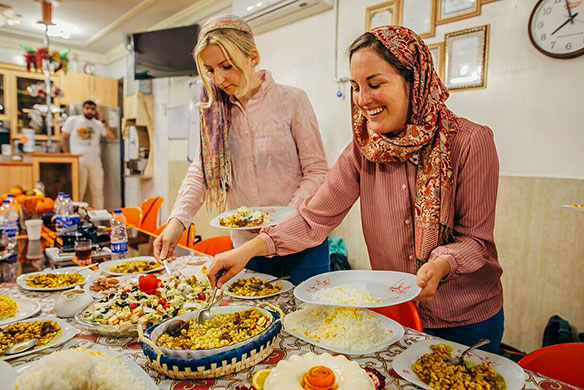