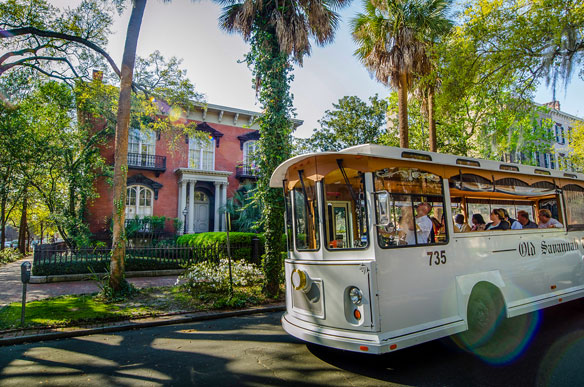 Tracy Vaughan and her colleagues are holding out a hand of friendship to Canadians making a vacation journey by car to Florida or who decide that they simply would like a road journey that’s a little shorter.

Vaughan, director, business development & international accounts, tourism, for the Georgia Department of Economic Development, says Georgia has varied and differing experiences from bordering Florida that Canadians heading to the southern US will be able to appreciate.

“We’re getting more and more of those snowbirds coming to our state,” she says.

“When they come and see what we have to offer, they’re amazed.”

Among Georgia tourism attributes that Vaughan cites is 160 kms of coast in which no building can be “over the treeline,” ensuring visitors won’t find towering hotels or other structures impairing views. “All of our coastline is basically protected coastline,” Vaughan reports.

Georgia’s coast is home to a third of the salt marshes found along the US Eastern Seaboard, she continues, and visitors will also find barrier islands, among them its Golden Isles, which includes St. Simon’s, which Vaughan labels very family oriented and offers the likes of golf.

Jekyll Island, in turn, doesn’t allow new structures unless they’re on an “existing footprint,” ensuring it keeps its pristine ambience.

The Golden Isles served as retreats for prominent 19th-century US industrialists, and Jekyll Island cottages and a club that those industrialists once owned now comprise the Jekyll Island Club Resort. Paths enable people to explore the island by bike.

Elsewhere, the US National Park System administers Cumberland Island, which has an inn and a campground and few vehicles, with the ferry linking it to the mainland not carrying cars to an island that doesn’t have paved roads.

Vaughan adds Georgia cities offer many points of interest, with Atlanta being home to the likes of the World of Coca-Cola, with Atlanta-based Coca-Cola creating an attraction that among other things enables people to experience the differences in tastes in Coke from country to country.

Atlanta’s Georgia Aquarium is believed to be the second-largest aquarium in the world, and another Atlanta attraction Vaughan points to is Atlanta-headquartered CNN’s Inside CNN, which provides behind-the-scenes tours of that broadcaster. “You might see someone you see on the news,” Vaughan says.

A newer attraction is the Center for Civil and Human Rights, which tells of the likes of US civil rights leader Martin Luther King and current human rights issues around the globe. Visiting it can be “very, very moving,” Vaughan reports.

Another Georgia city Vaughan has high praise for is Savannah, which she declares is a “very romantic” and a “quaint, beautiful” destination that has a “very quintessential southern [US] feel” to it. The “very historic” city is highlighted by “beautiful oaks and Spanish moss,” she continues.

The city of Athens has a thriving music scene and is the home of band REM, and Vaughan adds that all her state has a lively music industry, with producing household names in such genres as hiphop and country music. “Music’s a big part of Georgia history.”

Vaughan also notes that the area north of Atlanta is home to award-winning wineries that tourists can visit.

Vaughan also praised the “amazing” food found in her part of the world.

More information can be found at ExploreGeorgia.org.