Home › Digital Post › Hong Kong, Taiwan taking it to the next level

Hong Kong, Taiwan taking it to the next level 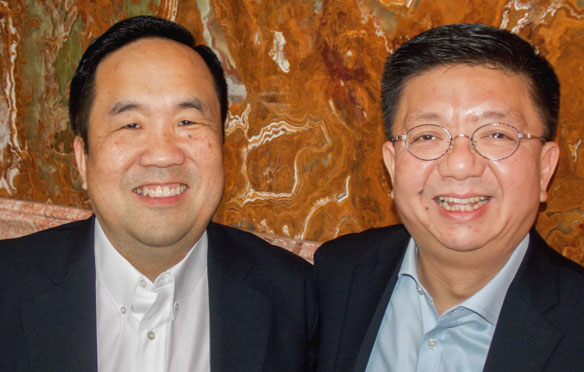 If there’s a secret to success, it’s probably to be found in the way that Hong Kong is continually coming to market with something new.
Consider, for example, the fact that for many years now, the Hong Kong Tourism Board (HKTB) – along with promoting the wonders of Hong Kong – has been regularly developing a multi-destinational Asia travel strategy – with China, with Thailand and last year, with the launch of a joint promotional effort with Taiwan.
Not to put too fine a point on it, but that Hong Kong-Taiwan initiative has produced remarkable results and it’s probably a good part of the reason that during a recent stop in both Vancouver and Toronto, Anthony Lau, executive director of the HKTB, was all smiles.
Clearly, the success of Hong Kong and Taiwan’s joint tourism promotional efforts – launched in 2016 – was at the top of the list of reasons that Lau was in an upbeat mood during his Canadian visit.
The program attracted the participation of five airlines – Air Canada, Cathay Pacific, Eva Air, China Airlines, and Hong Kong Airlines – and 19 tour operators offering 22 different packages.
And not surprisingly, Lau said that the HKTB will be increasing its promotional efforts in the next year of the program.
But there’s more good news as Lau is quick to point out.
With Hong Kong’s supply of new rooms regularly growing, the result is that the destination’s hotel rates are becoming increasingly attractive.
Over the next three years, Lau said, Hong Kong will see about 2,000 rooms added annually, increasing the destination’s inventory to close to 84,000 rooms by the end of that time. Currently, Hong Kong has about 78,000 rooms.
Hong Kong is also gearing up a major promotional effort design to provide visitors a host of new experiences and opportunities to explore the destination.
Michael Lim, the HKTB’s director, Canada, Central & South America, explained that: “The HKTB has been actively promoting the diverse tourism offerings of Hong Kong. We believe our rich local culture and heritage is a strong appeal to Canadian visitors.” Lim said that: “Earlier this year, we launched a brand new program, Old Town Central, consolidating unique tourism hotspots in Central and Sheung Wan to provide visitors with a unique perspective when exploring this area.”
A total of five themed walking routes have been designed to showcase the historical architecture and landmarks, arts and culture, dining outlets and lifestyle boutiques.
As Lau sees it, the Old Town Central program is about speaking to the “modern consumer” and providing them with a total experience.
And he notes that going forward, Hong Kong will continue to develop its heritage and cultural offerings to provide this kind of experience to its visitors.
For more, go to http://www.DiscoverHongKong.com/ca .