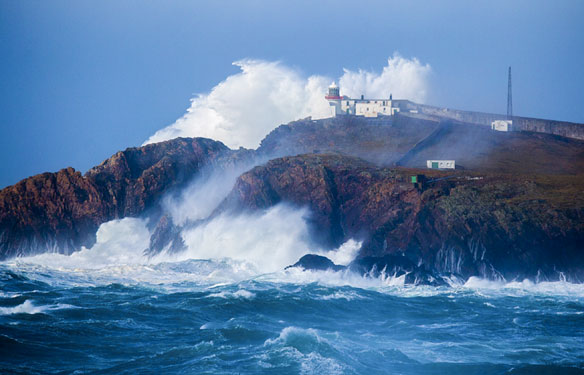 If you’re wondering why the people at Tourism Ireland are all smiles these days, stop wondering, the answer is simple: Ireland’s tourism industry has just turned in its fourth consecutive record year in terms of both visitors and revenues.
“We welcomed 10.5 million visitors in 2016,” Siobhan McManamy, director of markets for Tourism Ireland, told Canadian Travel Press during a recent visit to Toronto, continuing that those visitors “spent the equivalent of $6.65 billion Canadian dollars.”
Asked why the destination was performing so strongly, McManamy told CTP that it was due to “a lot of increased air connectivity; a lot of new tourism experiences on the ground in Ireland; and a lot of great support from the travel trade overseas who are huge supporters of Ireland.”
“The direct [air] access has been really crucial for us,” she said, but added that Tourism Ireland has also done “a lot of great marketing” that helped them take advantage of the opportunity that increased air lift has presented to Ireland’s tourism industry.
As for what’s to come in 2017, McManamy said that from North America, Tourism Ireland is continuing to forecast growth of about 6% in visitors.
With Tourism Ireland’s head of North America, Alison Metcalfe adding that growth in visitors will be coupled with 9% growth in revenue.
So the obvious question to McManamy and Metcalfe is have Canadians discovered that Ireland is now a year-round destination from North America.
“I think they’re beginning to discover that,” Metcalfe responded. “The fact that we’ve managed to sustain the year-round air access, I think is a sign that ‘yes’ they have. I think there’s still a lot of opportunity and untapped potential to build that further.”
Metcalfe told CTP that: “It was a huge opportunity when we began to see the year-round, direct [air] access breakthroughs four years ago now.
The challenge was to start to shift the narrative and change the narrative to give people reasons to consider Ireland in the shoulder months.”
Tourism Ireland’s North American boss also told CTP that: “I think when we look at the tour operators – when we look at some of the programs and programming and how that’s changed – we now have operators that I think are convinced of the opportunity too, and they’re actually putting together product and programs for quarter one and quarter four [of the year].” 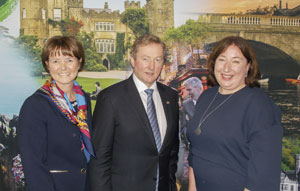 However, Metcalfe is a realist and freely admits that “January and February are still a hard sell – not just for Ireland, but for all European destinations – but things really do kick in around St. Patrick’s Day, and we’ve seen growth in both quarter one and quarter four from North America – and that includes Canada – so there’s still more work to do, but it’s certainly moving in the right direction.”
In this respect, McManamy said that she had recently been talking to a number of senior executives in the Irish tourism industry “and one by one, they all said they were seeing growth from Canada this year during the first part of the year, so I think the season is starting to extend.”
Metcalfe expanded on that point, explaining that out of North America, Tourism Ireland is seeing travellers extending their long weekends, younger people going over for a five- or six-day visit, families visiting between Christmas and New Year’s.
As a result of these trends, she told CTP: “I think there are more opportunities for us to do things around holidays – whether it’s Halloween or Valetine’s Day or particular events or festivals – the air access is there. The [air] fares are there. We like to call it [that January-February period] the ‘Smart Season.’ Everything is open. It’s a temperate climate. It’s less crowded. It’s a work in progress and remains sort of a strategic priority for us [to get more people to visit in that period].”
As for whether travel agents are getting the message, Metcalfe responds: “I think they are. I mean it’s a message that we are trying to communicate … through our work and our outreach to the retail consortia. We undertake webinars and they vary in terms of their themes. They [the webinars] talk about promoting and selling travel in the off-season. They talk about selling different regions. About selling different products. So, I think the travel agents are getting the message. And we’re also trying to educate them through some of our familiarization trips. Bringing them to Ireland so they can see what there is to do and see in October, November and February.”
As for new developments, McManamy said that: “We’ve just finished a round of capital expenditure funding which is where we co-fund some developments, so in the next three to five years, we’ll start to see some of those coming online.”
Of recent note is a new 18-kilometre cycling trail down at Dungarvan and along the coast in what she describes as “a really undiscovered part of Ireland that overseas visitors wouldn’t have traditionally visited and [the area is] seeing a real uplift in overseas visitors already as a result of that coastal cycling path coming online.”
“What we’re seeing a lot of at the moment though is a lot of smaller tourism businesses cropping up that are just giving you new and different ways to experience Ireland, and it [helps visitors] realize the depth to the holiday experience,” she said.
Metcalfe agrees, telling CTP that the “clustering of these experiences” has really worked well.
“When you look at something like food tourism, it’s clustering experiences around that theme. So whether it’s a food trail; going to the markets; going to food producers; or staying in establishments that have particularly strong culinary options. It’s the same thing with screen tourism, whether it’s Game of Thrones or Star Wars, it’s clustering the experiences that are already there and then adding to them to make them more meaningful and more significant.”
On the question of whether they see any challenges on the horizon, McManamy said: “Well, Brexit is out there [but it] is going to be an opportunity for Ireland to really set itself apart as a great destination to come to. The value is still there. The connectivity is still there. There’s a challenge on the horizon, but it’s also an opportunity for us in Ireland. Other than that, at the moment, everything looks very, very positive – particularly from North America. There doesn’t seem to be any particular challenges on the horizon there at all.”
On that point, Metcalfe said: “I think the outbound market from Canada to Europe is very positive, and if we look at the figures we have for the first quarter of this year, we don’t have a breakdown for Canada, but for North America, visitation is up 23% from January to March, so that’s very strong. So it comes back to are we growing our business in the shoulder months – and we definitely are – and within that Canada is making its contribution because we do have the year-round access.”
The upshot of all this as Metcalfe sees it: “I think this year will be a very strong year from Canada. We’re hoping to gain a bit of market share from our competitors. Tourism Ireland, I think it would be fair to say, has stuck with this market and has been consistent in its investment and has also been consistent in developing a distinct strategy for Canada – one that’s not lumped on to a broader US or a broader North American strategy – and I think that is delivering results, and I think because we’ve invested [in Canada] through thick and thin we are beginning to see the results.”