“Does it make sense that our most trusted employees and people with high-level security clearances are screened in the same way as our least-known passengers?” That was just one question IATA director general Alexandre de Juniac put to aviation security experts at the organization’s recent AVSEC World conference in Miami.

He also wanted to know if airports will have sufficient space to accommodate the growing security footprint; could “registered traveller” information be shared, so travellers are recognized both at home and abroad; why are so many passengers still pointing to security as a travel pain-point and how is the industry going to cope with a doubling of passenger numbers over the next two decades.

De Juniac conceded that in the years since 9-11 an exponential growth in aviation security investment has made flying safer, but he declared that the efficiency of the system “needs to be constantly challenged and governments need to pursue risk-based security concepts that focus resources where the need is greatest.”

The DG told delegates, “One area where we are making progress is the implementation of ICAO’s One Stop Security model.” He explained, “Europe has agreements in place for One Stop Security, allowing travellers originating in the US or Canada to avoid a redundant check when making transfers at European airports that have elected to take advantage of this.”

And he added, “Taking a risk-based approach can also help us solve two other issues. It could unlock the solution for securely vetting the millions of airport and airline staff who have access to aircraft. Intelligence analysis – from governments – is our most potent tool to identify threats.”

And he kept the focus on governments by pointing out, “Risk-based measures can also help us avoid the extra-territorial imposition of security measures. All too often, in the absence of a risk-based approach, airlines are left to shoulder the lion’s share of the responsibility.”

“And we continue to fill some gaps in intergovernmental coordination. For example, some airlines are still screening for items consisting of powder in place of governments. That is not sustainable in the long term.”

Sticking with the theme, the former Air France CEO stated, “Along with putting efforts into capacity building, the challenge of effective information-sharing persists, and this is particularly true of governments where the tradition of secrecy on security matters has deep roots.”

He declared, “There is no room for silence when states are in possession of intelligence that may protect lives. This was demonstrated clearly when 298 people lost their lives in the MH 17 tragedy. Many airlines still rely on commercially-sourced intelligence, while governments have resources that the private sector can never hope to match.”

And de Juniac stressed, “Threats will continue to evolve and become ever more complex. Those wishing to do us harm have no state allegiance; they cross borders to share information and collaborate to refine their methods of causing chaos and destruction.”

“The focus of governments must be on protecting people and that cannot be done with insular thinking.”

According to the DG, the evolving threats include areas such as explosive detection where the means of concealment “are changing rapidly. The most recent alerts are as diverse as tablets and meat grinders, so we need to keep a lookout for what is next.”

He added, “We had a wake-up call of sorts with the Gatwick drone incident that disrupted Christmas holiday travel for thousands. We look forward to accelerating the cooperation between the industry, drone manufacturers and governments to reduce the risks of rogue drone operations, or worse, terrorism-related occurrences.”

De Juniac concluded with, “This year 4.6 billion people will travel by air. Aviation has fueled globalization, and there is no doubt that the growing accessibility of air travel has made our world more prosperous, both materially and in terms of the human spirit.”

“With the number of travellers expected to reach 8.2 billion in 2037, aviation will become even more critical. As leaders responsible for the security of our industry, we have an important role to play in making that happen.”

“Global standards, information-sharing, risk-based analysis and a careful watch on emerging threats are the tools that will help us deliver: keeping aviation – the business of freedom – secure for decades to come.”

Tackling the looming threat of cyber attacks will be IATA’s next big task to ensure the continued security of the aviation industry. And director general Alexandre de Juniac told AVSEC-World attendees that work is already underway to face down the threat.

“The digital transformation of the industry holds immense promise, and it’s on everybody’s business plan,” he said. “However, we must ensure that our aviation systems remain safe, secure and resilient to cyber attack and we cannot afford to learn through failure, if we are to maintain the hard-won trust in our industry.”

De Juniac pointed out, “Much like our physical risk, we can only reduce our cybersecurity risk if we understand our threats; actively looking for our vulnerabilities and then working together to fix them.”

He revealed that IATA – in concert with airlines, industry stakeholders and other sectors will deliver a strategy early next year that will be a “step-change in how we as a sector address the cybersecurity challenge.”

And he told the Miami audience, “The amount of work to be done is immense. For example, of the 12,000 International Civil Aviation Organization standards and recommended practices, only one deals directly with cybersecurity.”

“As of June, we will have specific advisory councils focused on security and digital transformation.” 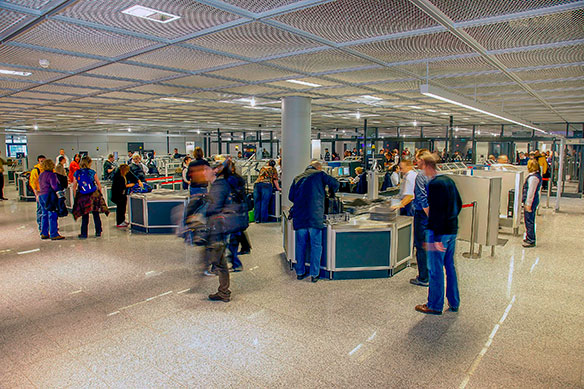