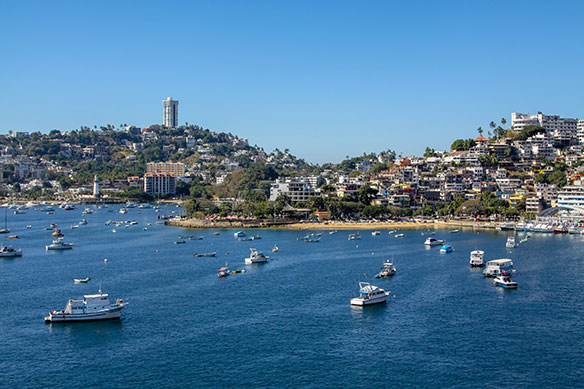 A Toronto-based Uniglobe travel agent who frequently visits Mexico and is a familiar face at the country’s annual tourism show Tianguis says she’s far from certain that the early-April exhibition will continue to be a fixture on Mexico’s tourism scene.

Ethel Hansen-Davey expects “major changes” are in the works for Tianguis, given the new Mexican government’s dramatically different approach to tourism promotion. The government has already made its mark by closing virtually all Mexico Tourism Board offices, including the three in this country. Diplomatic missions have now been tasked with attracting foreign tourists to Mexico, although in this country, anyway, there has to date been little word from the embassy and consulates on any actual plans they now have.

Hansen-Davey told Canadian Travel Press that she’s heard the Tianguis budget may be cut “drastically” this year, although she personally is not convinced that the 2019 edition of the long-running show – to be held in Acapulco – will be that different than its predecessors.

But she isn’t as hopeful about future editions.

“I personally think that this year will go on as usual and that either it will [then] be scaled way back for the next six years during this government or simply dropped,” she says. “I fear that this may be the last Tianguis as we know it. That would be a great loss to the tourism industry in Mexico.”

Hansen-Davey said Mexico’s new president appears to believe that tourism will continue uninterrupted without foreign tourist offices, which she doubts.

“But since tourism is my bread and butter, especially to Mexico, then I may have a skewed point of view,” said Hansen-Davey who worries about the financial well-being of the many Mexicans who work in tourism that she’s befriended over time.

Hansen-Davey focuses on inland regions for her work that aren’t offered by the major tour operators and “for which you need a knowledgeable source of information, and I have counted on the Mexico Tourism Board for that for many years.”

Tianguis was once always held in Acapulco, but now it’s staged there every other year. Some regular attendees have suggested Acapulco doesn’t generate as much enthusiasm for show-goers as it once did, with security being cited by some as a concern.

Hansen-Davey insisted that Acapulco remains a safe destination for tourists, although she added there are areas not far from it that have seen drug-related violence.

Those who stick to the Costera in traditional Acapulco or the new Diamante area aren’t at risk, she added.