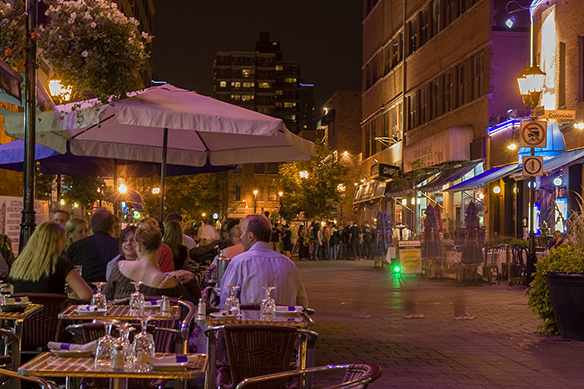 Destination Canada recently bought into IATA’s Global Agency Pro initiative, and the initial results have been so positive that our national tourism marketer will be sharing its experience with some 3,000 delegates attending the airline body’s World Routes Development Forum in Guangzhou, China, later this week.
An IATA backgrounder explains that the GAP intelligence tool offers DMOs and tourism boards a worldwide view of flights ticketed through the global agency distribution channel to help analyze destination performance and market potential.
GAP uses actual tickets sold – not bookings that are subject to change – and shows the entire picture of a traveller’s travel path from point of origin to final destination and including any intermediate stops.
It also identifies the agency which sold the ticket; one of 87,000 BSP or ARC-accredited retailers in 230 countries handling 9.5 billion passenger flight segments worth some $240 billion a year.
Michel Dubreuil, manager of research, consumer and market intelligence for Destination Canada, told CTP, “GAP is incredibly accurate. It doesn’t account for 100% of the market because it only represents agency sales, but that’s fine because I know my blind spots.”
He added, “It’s a very powerful tool because we know where our visitors book, when they book and when they travel. That tells us when to invest in markets.”
Destination Canada has only been using the GAP data since March, but Dubreuil said it’s already being used to make short-term forecasts. “We know what’s been booked for the coming months, the pace of booking and the most popular destinations beyond the gateways,” he stated.
And he revealed that in-depth studies of the US and Japanese markets using the GAP data confirmed that money was being well spent, because the numbers confirmed that the investment was having a positive impact. France will be the next market to be targeted for return-on-investment performance, said Vancouver-based Dubreuil.
At the New York office of Atout France, head of market research Veronique Amato said that, in the past, she relied on her preferred suppliers, travel agencies, tour operators and other trade partners to give her sales data on a monthly basis.
She would then manually process the data into digestible sales reports for the Paris head office and hope that they would still be accurate and relevant by the time she submitted them.
Now, Amata explained, “Global Agency Pro is at the core of our assessment and has become the main source fueling our business. It is so much easier to do reporting now because I can judge our business week to week.”
And she added, “Before GAP, reports would sometimes take me five weeks to pull together, but now, I can do reporting on a weekly basis with ease and with numbers I know are real.”
Visit Flanders NYC also needed to be able to identify trends and understand how to adapt marketing campaigns and sales plans, and Trade manager Marco Frank said IATA’s agency sales data gave him the “pulse” he was looking for.
“GAP enabled us to run a lot of numbers, and we found that a lot of Americans would travel indirectly; flying first to Paris, London or Amsterdam.
This was the gut feeling we had, but GAP confirmed it,” explained Frank.
And he noted, “We used to try to attract people to Belgium and Flanders as their main destination but now our messaging includes ‘Make us part of your European vacation. Going to London? Take the Eurostar. Going to Paris? Take the Thalys.’ ”