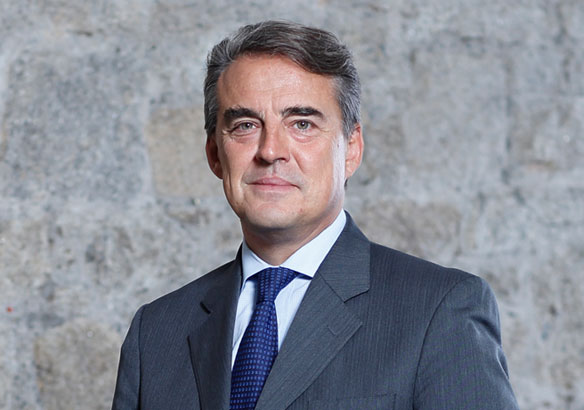 It’s probably just as well that Donald Trump is out of the airline business because his protectionist policies are in danger of putting the global brakes on an unprecedented period of growth for carriers still flying – resulting in a year-to-date 6.8% growth rate and an all-time high 85.3% load factor in August.

The US president’s air transport experience began in June 1989 when he bought the Eastern Air Lines Shuttle, renaming it – naturally – the Trump Shuttle. A mere 31 months later, USAir took operational control of the failing carrier.

Ironically, Trump’s brief fling with commercial aviation coincided with another demand brake, to whit an economic recession in the US that hit load factors hard and the Iraqi invasion of Kuwait, resulting in a doubling of the price of jet fuel.

The Trump-effect warning – although his name is not mentioned – is contained in IATA’s latest 20-year forecast report that predicts a best-scenario global doubling of passenger numbers from this year’s 4.1 billion total to 8.2 billion in 2037.

Major shifts predicted
If the prediction comes to fruition, China will displace the United States to become the world’s largest aviation market by 2025, and, by 2037, will have to accommodate 1.6 billion passengers. That’s one billion more than today.

The trend will also result in significant traffic growth for developed markets, the report states, with North America counting an additional 527 million passenger over the next two decades and Europe adding 411 million over the same period.

Consistent policies need
At the end of the forecast period, IATA expects an annual passenger growth rate of 3.5%, upping the number of jobs associated with air transport from 65.5 million to approximately 100 million, while the overall economic impact of the industry will rise from $2.7 trillion to $5.5 trillion.

But debuting the report, association director general Alexandre de Juniac told a media teleconference that “we must add a health warning to these predictions.”

He explained, “Our numbers are based on a constant policy scenario, but there is much uncertainty in the future direction of global politics, which will have an impact on aviation demand.”

De Juniac warned, “The forces of economic protectionism are casting a shadow over world trade, and, if the world proceeds on this reverse globalization course, passenger numbers will still grow but more slowly – perhaps only by 2.4% annually.”

On a more positive note, he added, “The future is brighter if globalization wins the day and we see continued liberalization and the opening of borders to people and trade. In that case, we see the potential for 5.5% average annual growth.”

Wrong direction
In a clear message to governments, de Juniac declared, “Global prosperity depends on air connectivity. Aviation is sensitive to policies that either support or undermine growth, and these seem to be pointing in the wrong direction.”

And he stressed, “This forecast is a cautionary warning to governments. First, the industry will grow, but they must clear the infrastructure bottlenecks to bring that growth to their home markets.”

“Secondly, governments must understand that globalization has made our world more socially and economically prosperous. Inhibiting globalization with protectionism will see opportunities lost.”