In the heart of Havana

Go beyond the beach as Cuba’s capital marks 500 years 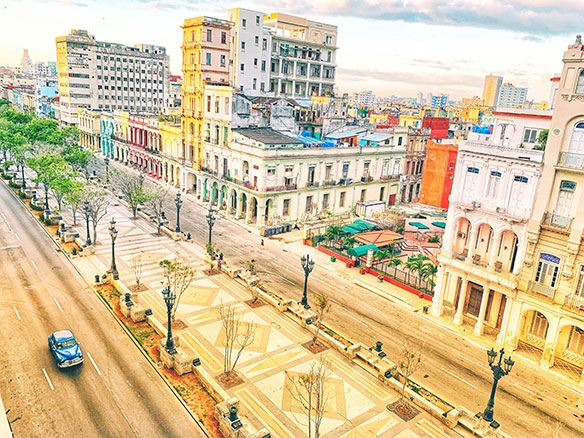 With its centuries-old faÇades, cobbled streets and an abundance of classic cars, it’s easy to imagine a time when Ernest Hemingway roamed the streets of Havana in search of his next libation – in between, or perhaps, to fuel – his writing sessions.

“He knew all the bars here in Old Havana,” tour guide Betsy Olivares of Cubatour muses as the group approaches one of his favourite former local watering holes, El Floridita, which today serves as a popular spot for tourists to grab a daiquiri and pose for a photo next to a statue of the acclaimed author behind A Farewell to Arms, The Sun Also Rises and The Old Man and the Sea.

Although Hemingway spent many nights in the heart of the old city, he actually took up residence in San Francisco de Paula, a suburb of Cuba’s capital, with his third (of four) wives, and a bounty of cats and dogs.

“There are a lot of bottles of spirits. Lots of books everywhere, even in the bathroom,” Olivares continues as we venture along the restored 12-acre villa. “Actress Ava Gardner used to swim naked in the pool, while Hemingway and his wife were away.”

The house is filled with items one would expect from the novelist like a typewriter and hunting memorabilia, and more peculiar items like a reptile in formaldehyde, kept in a jar in the bathroom. 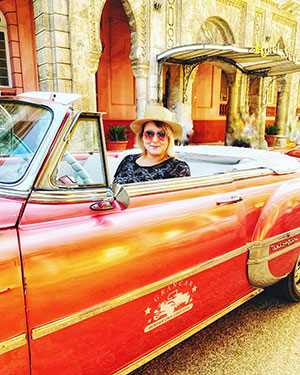 Following in Hemingway’s footsteps is just one of the many cultural immersions travellers can have in Havana, which is preparing to celebrate its 500th anniversary this year. From cruising around in vintage cars to getting to know the history of the Castillo De Los Tres Reyes Del Morro or exploring more modern aspects like the Fabrica del Artes, an art gallery meets nightclub space with live music and exhibits, there are no shortage of things to do in the city Camila Cabello sings about in the hit song Havana.

Coinciding with the 500th anniversary of the city, Iberostar Hotels & Resorts has opened Iberostar Grand Packard, its third and most luxurious offer in Havana.

While Canadians typically look to Cuba as a winter escape, Óscar González, global marketing director for Iberostar Hotels & Resorts says they’d like to build a more complete image of Cuba as a holiday destination.

In general, he says today’s guests are looking for more cultural immersion and unique connections to locals, while they are on vacation, even if it is for a beach getaway.

“The 21st century travellers are looking for more experiences and more context that makes their trip different,” he says. “I think this new combination of La Habana, it’s a great opportunity to do different things and to discover different items combining gastronomy, culture, and leisure. That’s the idea to have this wide portfolio around the island from this little beach in Cuba to the capital of Havana.”

And, for those who still want to hit the beach during a city escape, it’s a mere 20-minutes via taxi or rental car to sandy stretches like Playa Santa Maria Megano.

Opened in 1911 as the Hotel Biscuit, Iberostar Grand Packard is ripe with history. Over the years, illustrious guests have included the poet Pablo Neruda and film star Marlon Brando.

Thirty years after its opening, the property underwent a name change to the Hotel Packard, paying homage to the building’s past as the official showroom for Packard luxury automobiles from the US. More than just its namesake, today, the signage throughout the hotel duplicates that of the classic Packard Motor Cars.

The 325-room luxury property fuses modern and historical elements as the first floors conserve the original architecture of the building and the top floors represent the modern style of Havana.

“We put La Habana on the map of luxury hotels around the world,” says González. “We have three segments, we have beach hotels, city hotels and we have heritage. Grand is a transversal category in which you can find heritage, city with Grand, and you can find beach hotels with Grand. Grand means our maximum exposure of luxury.”

In addition to a spa, gym, infinity pool, five meeting rooms, and a variety of restaurants ranging from tapas to Cuban cuisine, the hotel also has a cigar bar and humidor where travellers can try Habanas and other popular cigars made in Cuba. Iberostar Grand Packard also offers the Star Prestige area on the 10th floor, with VIP check-in and a private breakfast area.

With a portfolio of 20 hotels in the destination, Iberostar now has a big footprint in Cuba, amounting to 7,000 rooms or almost 20% of its total inventory.

“In the Grand category, Iberostar allows you to discover every service inside the hotel,” he says. “We care about every detail of the journey inside the hotel from the beginning to the end of the experience, so we carry the aromas in the room, we use a bellboy, the size of the towels, the quality of the materials in the dining rooms, every detail, every corner, every place in which you are living the experience is with the maximum standards of quality in terms of luxury. That’s our promise for the grand category.”

1. A pool with a view For those seeking an Instagram-worthy shot, look no further than the outdoor infinity pool overlooking the harbour and Morro Castle. The pool view was recently featured on the cover of EnRoute magazine. There are also several large murals throughout the hotel and a large interior garden in the lobby that make great photo opportunities.

2. Get fit, beyond the gym For those who struggle to motivate themselves to hit the treadmill, the hotel offers a variety of classes for hotel guests from Zumba and Pilates to outdoor Yoga sessions.

3. High level of service Increasing the level of service, quality and gastronomy offered in the destination is key for Iberostar. The company hopes to align the level of luxury in Cuba with its global operations. As such, it recently started distributing produce and fresh products across nine of its restaurants on the island, including the Packard. This has impacted the quality of the food offering, which includes a generous breakfast spread with an omelette and smoothie station, and a large selection of fresh fruit, meat, and cheese. There are also a variety of restaurant options like a tapas bar offering tuna tartar, spinach croquettas and deep-fried shrimp, or high-end option, Biscuit, which takes its name from the original hotel on the premise.

4. Location, location, location Not only does the sixth floor terrace with an L-shaped infinity pool provide great views of Morro Fortress and serves as a great spot for a nightcap, but the hotel is conveniently located within walking distance to the core of Old Havana and key attractions like the National Capital Building. 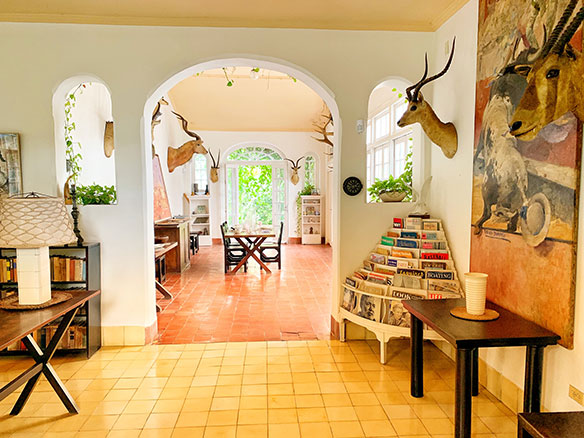