Indigenous tourism seen as major plus for Canada 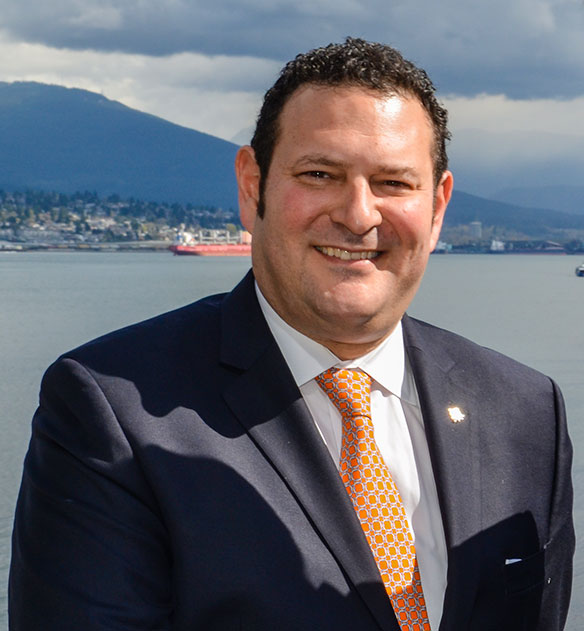 Destination Canada’s president has high hopes for the tourism trade in our home and native land.

And David Goldstein’s hopes are fueled in part by tourism experiences offered by the descendants of Canada’s first inhabitants that he says gives Canada a foot up on its competitors.

The number of foreign tourists visiting Canada last year topped 21 million for the first time and the figures for the first quarter of this year were stronger than the same quarter last year, leaving Goldstein hopeful that this will be another record-breaking year.

He told Canadian Travel Press during this week’s annual Rendez-vous tourism show in Toronto that Canada “continues to see strength out of key markets,” with visitations from China slowing but still growing. 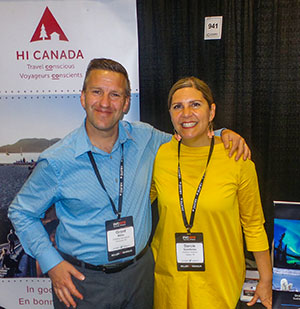 Among those who made the trip to Toronto for Rendez-vous were Grant Millar of Hi Canada and Darcie Guarderas of Anderson Vacations. 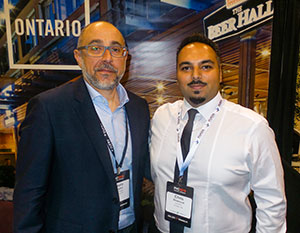 Mauro Morgani (l) of Luxury Coach and Chris Nowrouzi of FLYGTA Airlines were on hand at Rendez-vous to tell people about their companies. 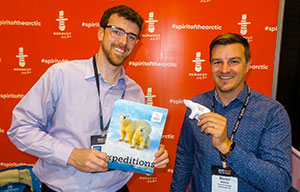 Adventure Canada was represented at the show by Patrick Collins (l) and Martin Aldrich, who’s holding a miniature polar bear, a reminder of the company’s Arctic programs.

There were fears in some quarters that ongoing tensions between Ottawa and Beijing would lead to the number of Chinese visiting this country plunging but to date that hasn’t been the case.

This year’s Rendez-vous featured a large section for Indigenous companies from different provinces and territories, with Goldstein saying Indigenous travel has become both a “personal passion” of his and “something that distinguishes us from key competitors.

“It’s one thing to go fishing,” he says. “It’s another to go with an Indigenous guide” familiar with the local land and its long history.

Goldstein’s applauds the likes of Parks Canada jointly administering Labrador’s newish Torngat Mountains National Park with the local aboriginal population, enabling them to become very involved in tourism in what Goldstein labels “a beautiful part of the world.”

Meanwhile, despite Canadians’ reputation as eager international travellers, Goldstein said there are plenty of us still happy to explore our homeland.

Sun vacations do lure many people out of the country but otherwise “domestic business is quite strong.”

But Goldstein would like to see more of us travel within the country in seasons other than summer, with Canada “kind of sold out” during that season.

He also suggested that more of us head for destinations that he’s confident we’ll find interesting but to date which haven’t received much attention.

“I think there are so many hidden gems,” said Goldstein, who has been crisscrossing the country during his tenure with Destination Canada and his earlier work with TIAC.

The Toronto show marks the end of Goldstein’s being at the helm of Rendez-vous, as he plans to leave Destination Canada at an unspecified date. However, he said during Rendez-vous’ opening event that he hopes to remain part of the show in some capacity after his term as Destination Canada president ends.