Tourism excellence on show at ExploreGB 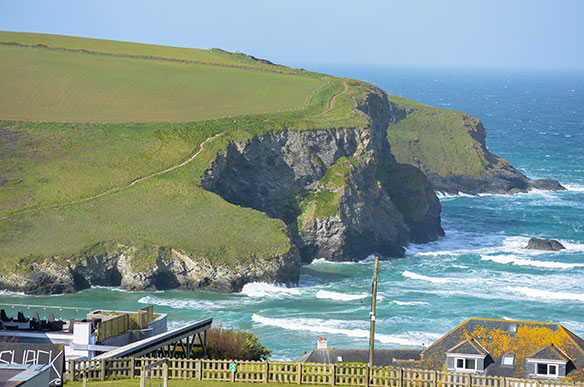 (Photo above: The cliffside scenery at the Bedruthan Steps Hotel in Cornwall)

It’s not often that the needs of a large international conference and trade show, with delegates numbering nearly 600, can be accommodated in a town of just 75,000 souls in the northern English countryside.

But that’s exactly what was accomplished at the recent ExploreGB travel trade marketplace and convention, which was staged in historic Harrogate in North Yorkshire.

It’s a leafy and lovely place with Georgian-era buildings lining its mostly quiet streets, and it offers access to the rural Yorkshire dales just minutes from the city centre. During its long history, Harrogate became known for its spa waters and for its ornate Turkish baths, which are still functioning.

Residing together with these stately small-city charms is the modern Harrogate Convention Centre, which is linked to the Crowne Plaza Harrogate. The centre has a 2,000-seat main auditorium and space for 1,600 in eight exhibition halls, plus numerous break-out rooms for smaller meetings. The classically-styled Royal Hall theatre and function space is just steps away, and was put to good use for an ExploreGB dinner and party. 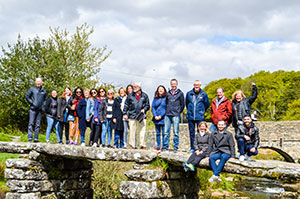 The attractions of Harrogate were a complementary finale to a prior fam tour by a group of 16 Canadian tour operators who spent five days travelling through Devon and Cornwall. The tour covered a generous amount of territory in the two counties, expanding the Great Britain knowledge base for the tour operator reps on the trip.

For instance, during their time in Devon, they discovered the rugged landscapes of Dartmoor National Park, and stayed within the rambling storybook walls of Bovey Castle. They overlanded by coach to hilly Exeter with its massive Exeter Cathedral, and to the nautical attractions of Plymouth, the point of origin for voyages of discovery, including the Mayflower nearly 400 years ago.

In pastoral Cornwall, they learned that it was not only possible to grow prized blends of tea in England (at the pioneering Tregothnan Tea Plantation), but also to coax award-winning wines from Cornwall soil at Trevibban Mill Vineyard & Orchard. They even had the chance to try their hand at cooking a meal with Cornwall-netted fish at Rick Stein’s Cookery School. And they saw the stunning coastal scenery from the Bedruthan Steps Hotel.

Harrogate was another lesser-known place to discover, perfectly suited to the VisitBritain mission of exposing foreign tour operators to secondary destinations, as well as the more popular locations. 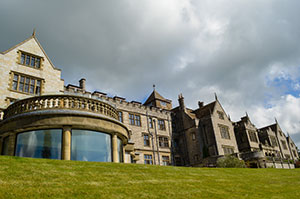 “Over 50% of visitors go to London and then go home thinking that they have seen everything in England,” said Andrew Stokes, the England director at VisitBritain. “But there is so much more, and we have been working to ensure that visitors go elsewhere to see other attractions outside of London.”

“London is a huge asset for us, it’s known around the world,” said Patricia Yates, the director of strategy and communications for VisitBritain. “So, the challenge is to encourage visitors to leave London and experience other parts of the United Kingdom.” She credited the Discover England Fund for boosting these promotional efforts for England over the past three years.

In recent years, for instance, tourism authorities have endeavoured to expand their efforts to include those who have no historical connections to the British Isles, said Yates. “Digital is at the heart of these efforts, and we have embraced digital to drive new audiences,” she said. She noted as an example that young, digital-savvy consumers in Southeast Asia are a target audience.

The Canadian tour operators at ExploreGB acknowledged the efforts made by VisitBritain to expand the UK experiential and knowledge horizons, and said these were key to spreading more tourism information to travel sellers and front-line reservations agents.

“Destinations like Devon and Cornwall deserve more attention by visitors, and VisitBritain has a huge role in raising the awareness of these places,” said Ian Cowan, the CEO at Connection Custom Travel.

Upon reaching Harrogate, the Canadian tour operator reps joined about 200 other product buyers from 30-plus countries at the convention centre to meet hundreds of suppliers from Britain and Ireland.

Meanwhile, a small group of international journalists convened in one of the smaller break-out rooms to hear from VisitBritain personnel who provided updates on the different countries and regions that make up the United Kingdom. It is impressive to note how many tourism destinations, sites and attractions had been developed and opened in the recent past, even as the Discover England Fund is set to end after 2019.

So, it was only fitting that VisitBritain would also take the opportunity to celebrate its 50th year since being launched in 1969 as the British Tourist Authority. They did so while noting that the number of tourists visiting Great Britain had grown from 4.5 million per year in 1969 to over 40 million at present. 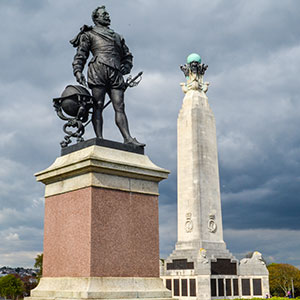 Statue of Francis Drake, near the WWII memorial

• Britain’s Imperial War Museums (IWM) will retell the story of the D-Day invasion, which marks its 75th anniversary this June. It will do so at three historic sites: HMS Belfast, IWM Duxford and the Churchill War Rooms.
• Strawberry Field in Liverpool, enshrined in Beatles lore, will open as an attraction called Strawberry Field Forever this summer.
• Warner Bros. Studio Tour London has opened the new Gringott’s Wizarding Bank attraction.
• The Silverstone Heritage Experience, a permanent interactive exhibition, will open at the Silverstone Formula One circuit this spring.
• The Wales Way, a group of three national touring routes through epic landscapes, coastlines and attractions, opened in 2018 and remains a focus this year.
• The newly-renovated and revised D-Day Museum in Portsmouth has reopened in time for the 75th anniversary of D-Day, and renamed as the D-Day Story.
• It is the 100th anniversary of Bettys Tea Room, a British institution, and it is celebrating with limited edition teas, treats and china collections.
• A new Victoria and Albert museum opened in Dundee, Scotland, in the fall of 2018 as the V&A Dundee. It is Scotland’s first design museum.
• The National Railway Museum in York will embark on fundamental revisions to its infrastructure, which are targeted for completion in 2025.
• The ICC Cricket World Cup will host teams from around the world and will run until July 15 in cities around England and Wales.
• The UCI Road World Championships will bring 1,000 riders from 75 different countries to Yorkshire to compete in 12 races over eight days.