It takes a village

Building community in the heart of Nepal 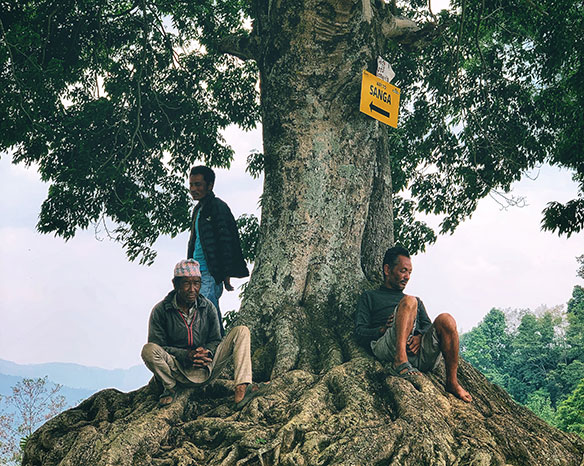 Rajani Shrestha is standing in the kitchen on the top floor of her house – or, our home, as she puts it – in Panauti, Nepal pinching and shaping a white substance made of rice flour, demonstrating how to make a Newari delicacy called yomari.

Shrestha is one of 20 women in the historical village who have opened up their homes to travellers, most of whom visit the medieval town on G Adventures itineraries, as part of a community homestay project. 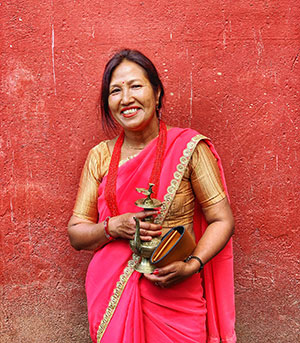 After hiking from the eastern edge of the Kathmandu Valley and taking in sweeping views of rice fields and green farmland along the way, we were welcomed to Panauti by a progression of women from the Panauti Community Homestay project, who greeted us with flower necklaces as other residents played music.

Following dance performances, we were broken up into smaller groups to visit the homes of the women behind the project and get a taste of what it’s like to spend the night in the village.

Upon being introduced to Shrestha, she gestured to my group of three and said, “my family.”

Placing her hand on mine, she added, “My home is your home. Let’s go to our home,” as she led the way through streets and alleyways until we reached a red building, home, which featured her name on a yellow placard.

The next few hours were spent cooking, eating, tasting rakshi – what’s best described as Nepalese moonshine – exchanging stories, and learning about her family’s way of life, offering a glimpse of what it’s truly like to live in the destination. It’s fitting since Panauti Community Homestay’s slogan is, “There is no better way to understand a place, but living like one of them.” 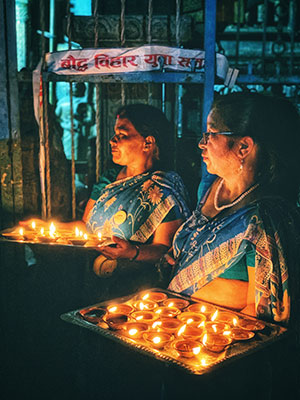 When it launched in 2013, the role of women in the community was mainly relegated to being housewives, explains Shila and Ashok’s daughter Amy Amatya. These days the women are helping raise their status and their family’s income through tourism, with the mantra “Run by Women for Women’s Empowerment.”

“It’s a nice feeling to see those women who were always behind coming in front and getting themselves empowered,” says Amatya.

Another benefit of the project is that it helped put Panauti on the tourism map, so to say. Although the town is a mere 32 km from Kathmandu and has attractions like an 800-year-old temple, it wasn’t really on the radar for travellers. Today, it’s part of multiple G Adventures itineraries in Nepal.

“Panauti is such a beautiful town with so much history and old monuments and temples,” she says. “We were not able to show what we have to the world. This has also given us a very good platform to show the world what we offer. Now people want to learn more about their culture and protect it, and pass it onto the younger generations.” 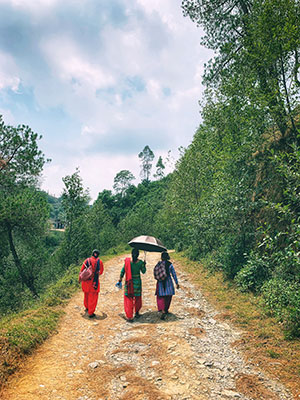 Not only does G Adventures provide the village with a steady stream of travellers through options like a Local Living Tour, Planeterra also provides ongoing support to the women in Panauti to help the homestay thrive. Through their involvement, solar panels have been installed and community sanitation has improved.

With a portion of the proceeds from the homestay going back to the community supporting initiatives like scholarships and the launch of a new community centre, the impact spreads much further than the households involved in the project, she says. Overall the impact can be measured across a stronger sense of community, economic gain, employment opportunities, women empowerment, access to education, as well as the preservation and promotion of local culture.

For G Adventures’ founder Bruce Poon Tip, the philosophy behind supporting social enterprises like the homestay program is, “about our overall belief and purpose that travel can be a force for good.”

Over the years, he says the adventure tour operator has adjusted its supply chain to focus on working with locally owned businesses like Community Homestay, where the money goes back to and benefits the community.

This is evidenced by the addition of a Ripple Score alongside all tours in its brochures since 2018, which indicate what percentage of a tour’s local expenditure remains in the local economy. 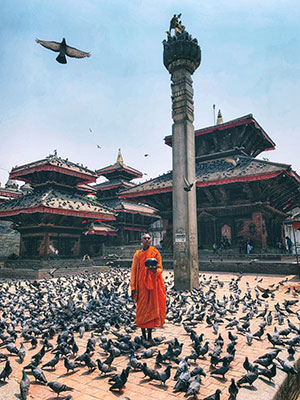 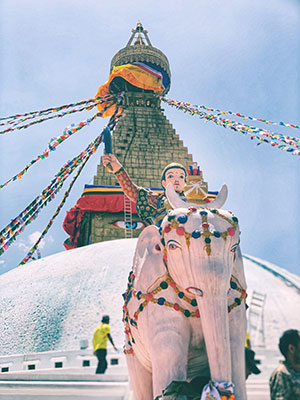 “As we’ve grown over the years, we’re now a truly global company, we’ve got people from over 150 different countries that book trips with us every year,” he says. “We have offices in 28 countries, we run trips in over 100 countries. [The Ripple Score] what it did for us is it changed our own behaviours in buying so that we have more local content and that’s really important. We give a higher priority to businesses that are locally owned.”

While the Community Homestay idea has since spawned similar projects across the nation and the women now serve as role models to other girls, Gupta said the road wasn’t always easy as they had to redefine gender roles and learn English in the process.

“In the beginning, the group used to go to English class every day. In the village what happens is all the men who don’t have work they gather and chat at the tea house. One time the women passed and the men started laughing,” she recalls. “They were saying things like ‘look at these women, they are so stupid, at this age, they are almost 40 or 50, at this age they are going to school to learn English, can you believe it? Such fools, ladies, oh my god.’ And the women were so embarrassed.”

After the incident, one of the women stopped attending the classes, ready to drop out of the program. “We went to visit her and she was like ‘no, I can’t do this. You saw the men, they were laughing at us.’ All the women were like ‘no, we need to prove to the men that we can do something.’ She started coming back to the classes,” she adds. “After about a month, the same thing happened. The women were passing by the tea shop and the same group of men who were gossiping and chatting, they started laughing again, ‘oh, these women.’ And the same lady who was embarrassed and had stopped coming to the class, went up to the men and spoke to them in English, ‘hi, how are you, how may I help you?’ And the [men were speechless]. Now things have changed. The community is going stronger and now everyone is accepting them.”

Back at Shrestha’s house, she bestows us each with a piece of jewellery before we depart, inviting us back to stay at any time. 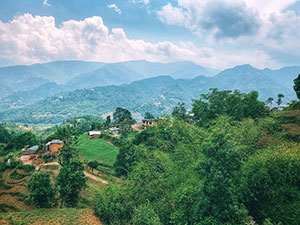 The Road to Recovery

Although recovery remains under way to this day – particularly across the downtown core of Kathmandu – one of the biggest misconceptions was that the entire nation was impacted. In reality, only 14 of the 75 districts were severely damaged.

G Adventures was among the first tour operators to return to the destination, and its CEOs joined teams on the ground in rebuilding schools. 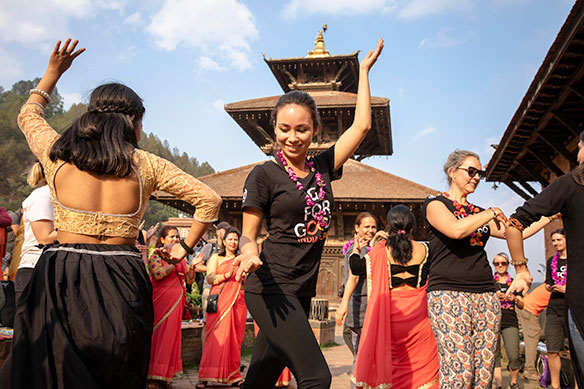