It’s time to make it about the destination 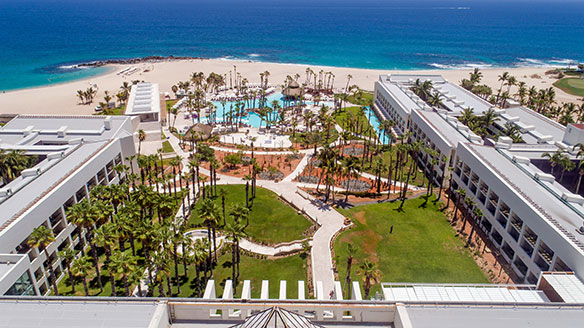 In the second part of a three-part series, the conversation continues with Melia Hotels International’s vice-president of global brand strategy, Tony Cortizas. This week, he talks with Canadian Travel Press about the all-inclusive space; the Group’s plans for its Paradisus brand in the Asia Pacific region; and some of the trends driving the company’s strategy in this area.

In an interview with Canadian Travel Press back in 2016, Melia Hotels International’s Tony Cortizas talked about the Group’s plans to expand its all-inclusive Paradisus brand into the Asia Pacific region, so it seemed an obvious question to ask whether that was still part of the plan.
“It’s still part of the plan,” he said, adding: “Paradisus is the brand that the agents [here] know the best.”
Cortizas told CTP that although no specific projects are completely confirmed, a deal to do this is confirmed in Thailand, where an agreement is in place to build two new Paradisus properties there.
In the meantime, Cortizas said that MHI is going to be converting some of its Canary Island properties, including Lanzarotte – currently a Melia property.
That property will undergo a major refurbishment and renovation and when it re-opens under the Paradisus brand, it will be the first of its kind in Europe.
“All-inclusive in Europe is done really badly,” Cortizas told CTP. “It’s a real mish-mash of actually meal plans and not really all-inclusive. It’s just all over the place. In the end, there are certain destinations where it will make sense and destinations where it won’t [make sense].”
And he added: “So we’re going to be careful where we do go and where we don’t go; but the Mediterranean is on the radar; and Southeast Asia for sure is going to be happening – so Indonesia and Thailand and Vietnam.” 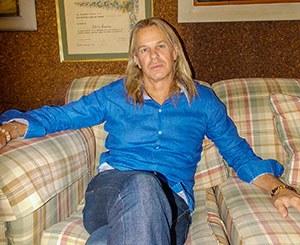 MUCH OF A  “MUCHNESS”
Cortizas comments on the all-inclusive space certainly piqued one’s curiosity, so it seem appropriate to ask him to expand on them a bit.
He told CTP that “within that all-inclusive category, you’ve got very much of a muchness that’s going on. And I’ve full respect for all of the players because they’re successful. They’ve got some really good product there.”
But he continued: “It is really all the same. It’s five restaurants. It’s two spas. It’s volleyball. It’s scuba included. It’s golf included. But it’s really the same story – sometimes pitched on a higher level of quality – more luxury – sometimes less, but essentially conceptually it’s pretty much the same.”
Cortizas said that: “More and more, the differentiation that’s taking place in the [all-inclusive] category is sort of a themed differentiation.”
He pointed to Nickelodeon Resorts, Margaritaville Resorts and Hard Rock Resorts as examples of this, saying that while they are differentiated, “what we feel is that [the] all-inclusive, more and more, is an operating model. It’s not really a concept anymore.”
Cortizas continued: “It was a concept, certainly back in the 1960s and 1970s when it broke through – it was completely unique and different. But now, you’ve got so much product out there, so many brands out there, so many destinations and it’s all pretty much of a muchness.”

IS THIS THE END?
Obviously, his comments beg the question – does this mean the days of the all-inclusive are at an end? To which, Cortizas responded:
“Listen, we’ve researched trends and customers and I do think that on the hotel side – and more significantly on the cruise side – there’s a real challenge, because I think that for the next generation of customers – from Millennials on down – the concept of sitting in an environment and being pampered and having everything the way you expect it back home is really the antithesis of what the younger and emerging customer segments view travel as being all about.”
He continued, pointing out: “You take the disruptor of Airbnb and what it’s doing – you know, ‘live like a local and see the world through the eyes of someone that lives in the places that you’re going to’ – this is a whole different ball game and I think that when you look at the authenticity trends and those types of things, this is all part of that conversation.”
However, he added that: “I don’t think the days [of all-inclusives] are over, but I think that there’s innovation that is needed, but [right now] it is sadly lacking in the [all-inclusive] space.”

SO WHAT’S THE PLAN?
Well, when it comes to Paradisus, Cortizas told CTP that: “Our viewpoint on Paradisus is to move the brand in a far more sustainable direction. We are looking at introducing a whole range of customer touch points, services and amenities that will really start to make Paradisus about the destination that it is in. Getting the guests out of the resort and into the destinations.”
In this respect, he said, “We’re working on voluntourism; bringing local chefs and restaurants and doing pop-ups inside of the properties – because one of the other trends, especially in the luxury space, is ephemeral experiences, one-of-a-kind pop-ups, things that are there for a day.”
And he added: “You’ve even got companies that are in the ultra luxury space that are doing pop-up communities and resorts in the North Pole for the Northern Lights and all these different things because luxury customers are looking for that. They’re looking for one of a kind experiences that nobody else can claim [they’ve experienced].”
“So we believe that that’s part of what the brand [Paradisus] needs to be doing,” Cortizas explained.
“The trends that are present in food and beverage inside of urban locations, integrated spaces like Eataly in New York – where you’ve got market, retail, restaurants – everything in one space and it’s really interactive. But nobody is doing that. You know, we have restaurants and we have a gift shop, but there’s no reason that an all-inclusive shouldn’t be following and delivering some of those hospitality trends that are taking place in different spaces.”

Next week, it’s all about brand, and how MHI is working to set itself apart and where travel agents fit into that plan. 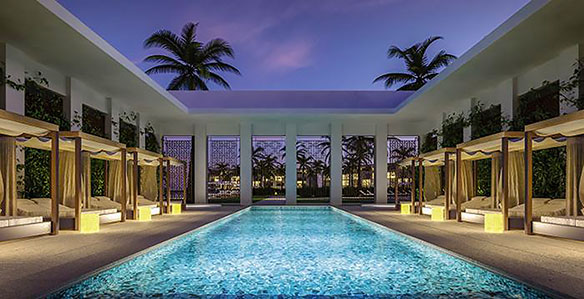