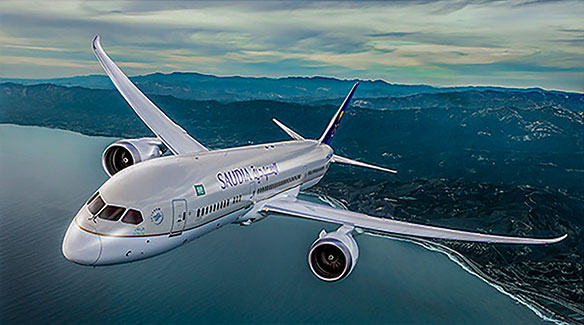 Saudi Arabian Airlines’ decision to suspend Toronto service in the wake of an ongoing diplomatic feud between Ottawa and Saudi Arabia has disappointed tour operators that send people to the Middle East, even as those tour operators note there are numerous alternatives for those planning to travel to the region.

The state carrier announced earlier this month that it would halt Toronto service Aug. 13 as tensions have flared between this country and the Middle Eastern kingdom after Ottawa criticized it for human rights abuses.
The airline has been carrying people from the Ontario capital to both Riyadh and Jeddah.
Saudia’s decision left some who already had booked it seeking refunds, while some Saudis in this country and slated to return home shortly are being forced to look for alternative routes. Among those inconvenienced are those who planned to travel to Saudi Arabia – home to the holiest site in Islam – for religious regions.
There are also Canadians working in the oil-rich country.
A setback for travel
Sally Mikhail of GM Tours said Saudi Arabian Airlines’ decision is a setback for Canada-Middle East travel.
“It’s sad to see this happen. We hate to see them go but unfortunately it’s out of our hands,” said Mikhail, whose company uses the airline occasionally.
However, Mikhail noted that Canadians bound for the Middle East can reach it with other Middle Eastern airlines that serve this country and major European airlines as well.
Other Gulf airlines flying to Canada are Qatar Airways, Etihad and Emirates.
“We hope to see Saudi Arabian come back when things
settle down,” Mikhail continued. “They’ve already created a good business.”
Also regretting Saudia’s decision to suspend service was Scott Roseblade of Goway Travel.
Roseblade said Goway “doesn’t use this carrier much at all” but he added it’s never “a good thing to see reduced lift in the market.”
Saudia began flying to Toronto in 2013 and last year began using Dreamliners to carry people to the city.
The suspension of Saudia service is part of a larger feud that included Saudi Arabia ordering the Canadian ambassador to leave the country and recalling
its own ambassador from this country.