Have family, will travel

1,000 km, eight people, seven nights and two cars made for one memorable adventure in Newfoundland 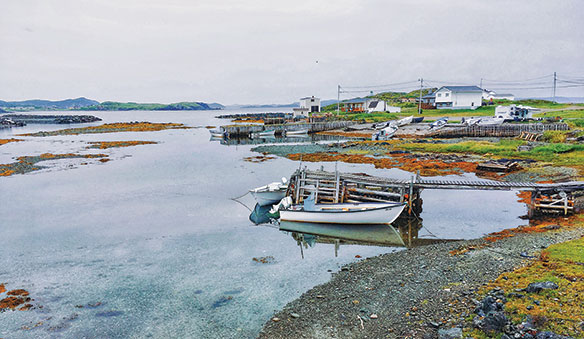 Story and photos by ANN RUPPENSTEIN

It didn’t start out as planned. Instead of kicking off a family vacation with eight of my closest relatives, thanks to a delayed flight and a missed connection I found myself sitting alone in a hot tub in the backyard of an expansive house that sleeps 16. I don’t know if absence truly makes the heart grow fonder, but at that moment I actually craved the typical commotion that comes with family travel – cramming into vehicles, squabbling over where to sleep, what to do or who pays the bill (or being outnumbered when you request to pull over to take yet another photo, sigh) – that inevitably ensued. It would indeed be the last time I was alone for the next eight days.

As my family is spread across the country as well as another continent, it’s become a bit of a tradition for us to meet up in different corners of the world. Together we’ve meandered through the hairpin turns of the Road to Hana in Hawai‘i, cycled through the towns where my parents grew up in Germany and most recently explored the streets of Prague last summer. This time around the chosen destination was slightly closer to home – on the eastern shores of Canada.
Seven nights, two cars, and just over 1,000 km later from the fjords of Gros Morne National Park to the easternmost point in Canada, and plenty of pit stops in between, we’ve tested out some options to spark family bonding during a road trip around Newfoundland.

We were trekking along an at times non-existent path, leaves and twigs crunching underneath our feet with every step, seemingly alone with nature, when we turned the final bend of the hike and two red chairs came into view atop the summit in stark contrast to the natural blue and green hues all around.
We were on day two of exploring Gros Morne National Park, a UNESCO World Heritage Site on the west coast of Newfoundland, and instead of taking a full day to reach the famed overlook of Western Brook Pond Fjord, we’d opted for a shorter (and I would argue equally strenuous) hike. Although unexpected, the red chairs proved to be the perfect spot to recover and take in the panoramic views – just as intended, we’d later learn.
The chairs are part of a Parks Canada initiative called The Red Chair Experience, designed to “connect Canadians with nature in unique and treasured places, whether it be a quiet place to take in a view or be an ‘I made it!’ marker at the end of a rugged hike.” This was definitely the latter.
Similar red chairs can now be found in designated areas all over Canada, but the original idea stems from this national park. Described as a natural wonder nearly half a billion years in the making, Gros Morne is home to plenty of hiking trails and natural attractions to explore like the Tablelands, a red rock landscape made up of the earth’s mantle, the remnants of when the continents of Africa and North America collided, and the rugged cliffs of Western Brook Pond, carved by glaciers a long, long time ago. 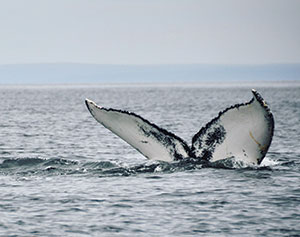 Whales are aplenty in Newfoundland

The pressure was off. After spotting several humpback, minke and fin whales, puffins and a pod of dolphins, Kris Prince, the captain of our Sea of Whales Adventures zodiac in Trinity turned to his colleague and proclaimed, “now we can relax. Everything from here on is just icing on the cake.”
Although we’d all seen what we’d come to see, every time another whale emerged and thrashed its tail above the water was just as thrilling as the first – if the sound of cameras firing was any indication.
An hour into the tour, we pulled into a cove to warm up with hot chocolate and freshly baked goods, and watch as two humpbacks came up for air in the distance, although the sour smell still wafted over to our boat. Even though our eyes were glued to the water for another sighting, everyone let out a startled gasp as a minke whale broke through the water within metres of our small vessel. I exchanged incredulous looks with my family, our hands too full with food and drink to take pictures. This one was just for the memories.
Over the next week, there were more memorable moments had, as well as more run-ins with red chairs. We saw our last set at Cape Spear, the easternmost point in Canada, which also marked the end of our adventure. Although each pair proved to be a great photo opportunity (search #sharethechair and #timetoconnect for similar posts on social media), it’s the ones from our first fateful encounter that stick with me to this day.
As the time came for my family to part ways and head to our respective homes around the globe there were some tears at the airport, but it’s quickly followed by excitement and possibilities of where we might meet up next. Iceland anyone?

Exploring Gros Morne: Those with more time to spare can opt for a day hike to climb the mountain overlooking Western Brook Pond Fjord for the iconic Instagram-worthy shot of the area from above. There is no trail, and the entire journey takes roughly eight hours so a moderate-to-high level of fitness is recommended. However, travellers can still get impressive views of the fjords and thunderous waterfalls from one of the daily boat rides across the pond. The excursions sell out, so book in advance, especially in summer. 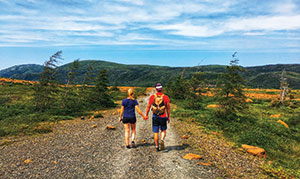 Gross Morne is home to The Tablelands 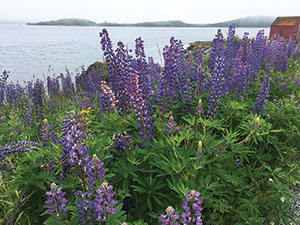 On the shores of Trinity

Where the wild things are: There are whale watching tours aplenty all over Newfoundland, but we even saw lots of whale action around St. John’s from the nearby shores of Witless Bay, as well as from the lighthouse at Cape Spear. For close encounters of the puffin variety, organize a tour to Witless Bay Ecological Reserve (near St. John’s) or the Elliston Puffin Viewing Site.

Savour the moment: Those with a penchant for sweets should definitely hit up Papa’s Sweet Shop in Grand Falls, a retro-style candy shoppe serving up ice cream the size of children’s heads. In Trinity, try the smoked salmon cream cheese bagels at Trinity Mercantile. The cafe smokes their own fish and has garnered a reputation as a must-stop in the white-picket-fence town. A new addition in Twillingate is Pier 39, which is quickly climbing the ranks on Trip Advisor. The restaurant opened on Mother’s Day and operates from 7 a.m. to 12 a.m., with the goal of being able to feed people whenever they stop by the tourist town. Other notable restaurants include Mallard Cottage and The Merchant Tavern, both in St. John’s.

Seeing St. John’s: From Signal Hill to Cape Spear to the Jellybean Row Houses and a plethora of live music, there’s enough to see in St. John’s to pack an itinerary in and of itself. Be sure to stop for a view of The Battery (pictured on the cover), a neighbourhood featuring colourful houses set on steep slopes.

Take a Gander: While Gander used to be a fueling stop for planes crossing the Atlantic and previously served as an important strategic base during WWII, it more recently made headlines as the place where 38 passenger jets diverted during the aftermath of 9/11. Visitors can learn about Gander’s unexpected role in 9/11 at the North Atlantic Aviation Museum.

Don’t forget about Fogo: While many are lured to the island by the internationally renowned Fogo Island Inn, where notable guests like David Letterman and Justin Trudeau have stayed, there’s lots to discovery on Fogo Island at a lower price tag (full-board stays at the inn are $1,900 a night). This is a great hub for watching for icebergs, hiking, biking and spending the night in a more off-the-beaten-path location. Even the hotel only has 29 rooms.

A local brew: On the hunt for suggestions, I asked the first local I met in Deer Lake for recommendations for local beers to try. “Oh, I don’t know about that,” he answered, “I only drink Bud Light Lime.” Unhindered, I continued on the quest and it quickly became apparent that Quidi Vidi Brewing Company was on the menu at virtually every restaurant. The actual brewery is located in Quidi Vidi, a historic and picturesque fisherman’s village in St. John’s. Stop by The Tap Room for a flight of beer and select from 16 taps, including smaller batch options and guest taps from fellow Newfoundland brewers. Meanwhile, in Twillingate, another place to taste some craft beer is Split Rock Brewing Co., which also serves up flights of beer. 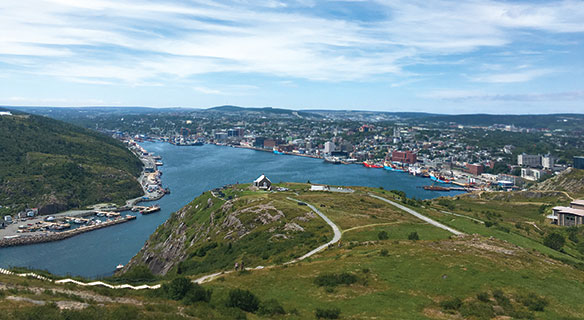