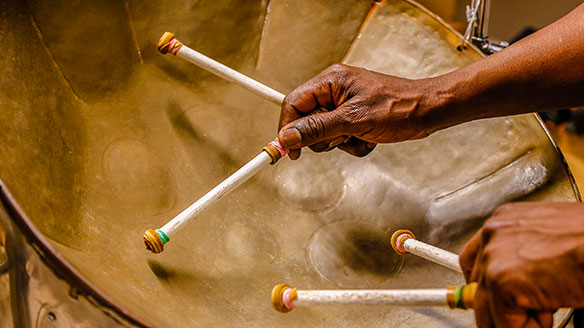 (In the final part of this two-part series, Jamaica’s Minister of Tourism, Edmund Bartlett sits down with CTP to talk about some of the big disruptors in the world today, how they impact on tourism and how the industry can combat some of those impacts.)

Jamaica’s Minister of Tourism, Edmund Bartlett arrived in Toronto in early September, and, while he’s always a good interview, his mission this time around was to introduce the Jamaica Tourist Board’s director of tourism, Donovan White to some of the key players in the Canadian travel trade.
White has been in that post for about seven months now and Minister Bartlett told CTP that he wanted the industry up here to get to know White, observing: “I think I have said enough, and I’ve been around long enough that the market understands me, but they’re going to have to focus on him [White] for the next few years, as we continue the growth and build new vistas and new experiences and make new connectivities and explore new markets.”
Bartlett continued: “Actually, I’m excited about the prospects of having Donovan White as the new director of tourism for Jamaica. He brings to it a wealth of experience and knowledge in digital industries and the direction in which tourism is going today.”
The minister noted that digital marketing and digital transformation is going to be central to keeping Jamaica at the cutting edge, and White “has come in with enormous experiences in that field, and with an understanding of marketing as well.” 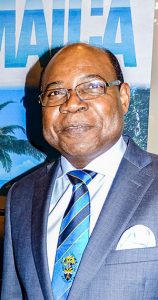 Canada, eh
Still, if you have the chance to sit down with Minister Bartlett, you can’t miss the opportunity to ask him about the Canadian market and his expectations for it in the upcoming winter and beyond because he’s always happy to respond.
“Let me say this, that the new targets that have been established for the Canadian market is for it to achieve 500,000 outbound visitors by 2021. They’re currently at 400,000, and the challenge is to achieve 100,000 additional visitors in two years (by 2021),” Bartlett said.
And he continued: “I’m pleased to announce that this winter, we’re projecting over 40,000 seats. We’re projecting. We don’t have the actual figure, but we’re working on it. We now have in hand over 40,000 [seats] and that will bring us a possible increase in arrivals of pretty close to 60,000 more visitors [from Canada] which will put the projected 500,000 in a good place.”
And he added that: “Coming out of my discussions with our partners, I’m confident that Canada will reach its target and retain its position as the number two market for Jamaica in the world … number one, of course, being the United States.”

Making it new
“On the broader issue of where tourism is going for Jamaica,” Bartlett told CTP that: “we are creating some new destinations and we are also emphasizing experiential tourism as the driver of tourism and visitor attraction.”
In this respect, the Minister explained that: “The focus is to build more authentic experiences that are derived strictly from the creativity of the Jamaican people. To that extent, food, gastronomy is a big focus, and we’re using technology to create access or connectivity between suppliers and buyers. We’re establishing culinary trails, the first of which is the Blue Mountain Culinary Trail, and we’ve established Devon House as the culinary centre for Jamaica.”
Along with gastronomy, Bartlett said that Jamaica will also focus on health and wellness, as a major driver of visitor experience, and it will be creating a reggae product.
He explained this last initiative, saying: Currently, reggae isn’t a product, reggae is an activity or an event. You know, you go to an event here or there, but you can’t get reggae 24/7 in Jamaica because it has not been developed as a full product and marketed as such. What you end up with is a music festival that happens once a year or twice a year, as the case may be, but for the product, you have to develop quality production and performance which happens daily or nightly, as the case might be, but routinely, so you can package it and you can actually market it. So that’s where we’re going with that.”
Sports is another area that Jamaica will be developing; and it will also continue working in the area of meetings, conventions, incentives, weddings, events, festivals; and it will focus heavily on edutourism and knowledge tourism, with Jamaica hosting think tanks, seminars, retreats, etc. 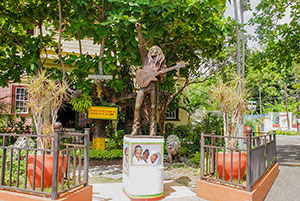 Knowledge is key
To that end, Bartlett notes that Jamaica has established the Global Centre for Tourism Resilience & Crisis Management at the University of the West Indies.
The minister told CTP that the centre “is going to be the first global institutional arrangement to focus on disruptions which take place in our economies and in the industry, in particular.”
He continued: “The purpose of this institution, of course, is to be the repository of knowledge, information, expertise and to provide seminars and conferences on various key elements which [first] enables you to track these global disruptions; secondly to mitigate against these global disruptions; thirdly, to manage them when they come; fourthly, to recover quickly; and finally, to thrive after they have come. So after you recover, you recover better and you build more resiliently to be able to withstand whatever the other set of disruptions may come in the future.”
Bartlett pointed to pandemics and epidemics; terrorism; cyber crime and cyber security; seismic and climactic events; and economic as the five key disruptors impacting on the world – and tourism – today.
“Tourism is particularly vulnerable to these events,” Jamaica’s minister of tourism observed, “But tourism, at the same time, has an enormous capacity to recover, to rebound, as we have seen in the past.”
He pointed out that: “We have seen that with pandemics like SARS and tourism destinations have recovered quickly afterwards. We’ve seen it with 9/11, and we’ve recovered quickly thereafter. And numerous other types of disruptions with earthquakes in places and terrorism in places like Tunisia and Egypt and so on, and we’ve recovered.”
Bartlett also noted that: “Unfortunately, small countries, like Jamaica – and we in the Caribbean are heavily dependent on tourism – do not have the resources and wherewithal to recover fast and better. So this is where this centre will be critical to give [destinations] support and assistance and data.”

Communication is critical
But he added that perhaps the most important element that the centre will provide is communication.
“That is perhaps one of the biggest problems that we have as there exists such a disparity in knowledge about different locations and geographical areas. When we had Irma and Maria last year, there was massive confusion as to where in the Caribbean it took place. The entire Caribbean became involved even though it wasn’t so. People were confusing Barbuda where the hurricane hit with Bermuda and Barbados – they didn’t know the difference. They were confusing the Dominican Republic with Dominica where it happened. So, what we’re saying is, there’s need for an information centre to provide clarity; to enable on point distribution of reliable and accurate information.”
The centre will be officially launched in January 2019, but Bartlett told CTP that already a number of global personalities and leaders have agreed to be on its board of management and five universities are already collaborating with the centre.
They include the University of the West Indies; Bournemouth University in the UK; Hong Kong Polytechnic; George Washington University; and Queensland University in Australia; and more are expected to participate going forward.