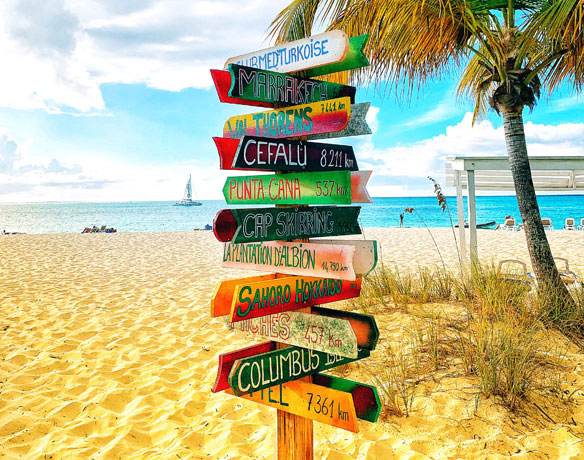 Our names are written on a chalkboard to determine the order of the trapeze lesson. I feel my heart beat a little bit quicker as the one before mine gets scratched off, meaning the dreaded moment has come: I’m next.

Slowly, I clamber up the ladder as the world below gets smaller with every step.

“Four more steps,” I hear, as I continue to climb. “Now, face me and step onto the platform.” 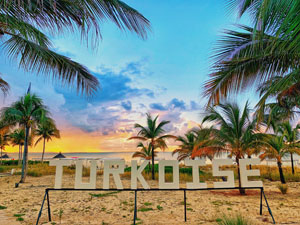 As I stretch my leg across the gap from the ladder to the takeoff level, I make the mistake of looking down. A slight moment of trepidation occurs as I realize I’m now standing well above the palm trees, and I wish I could fast forward to being back on solid ground. Then the instructor grabs my harness and tells me to lean forward.

With my feet planted on the platform, but my body perched forward, I reach for the trapeze handle with one hand, and then the other.

[Explicit language has been deleted.]

Once it’s done, I feel exhilarated and immediately debate going back up again – and I’m not alone. One by one, the group taking part in the lesson at Club Med Turkoise – even those who suffer from vertigo and the ones who are afraid of heights – take the plunge. 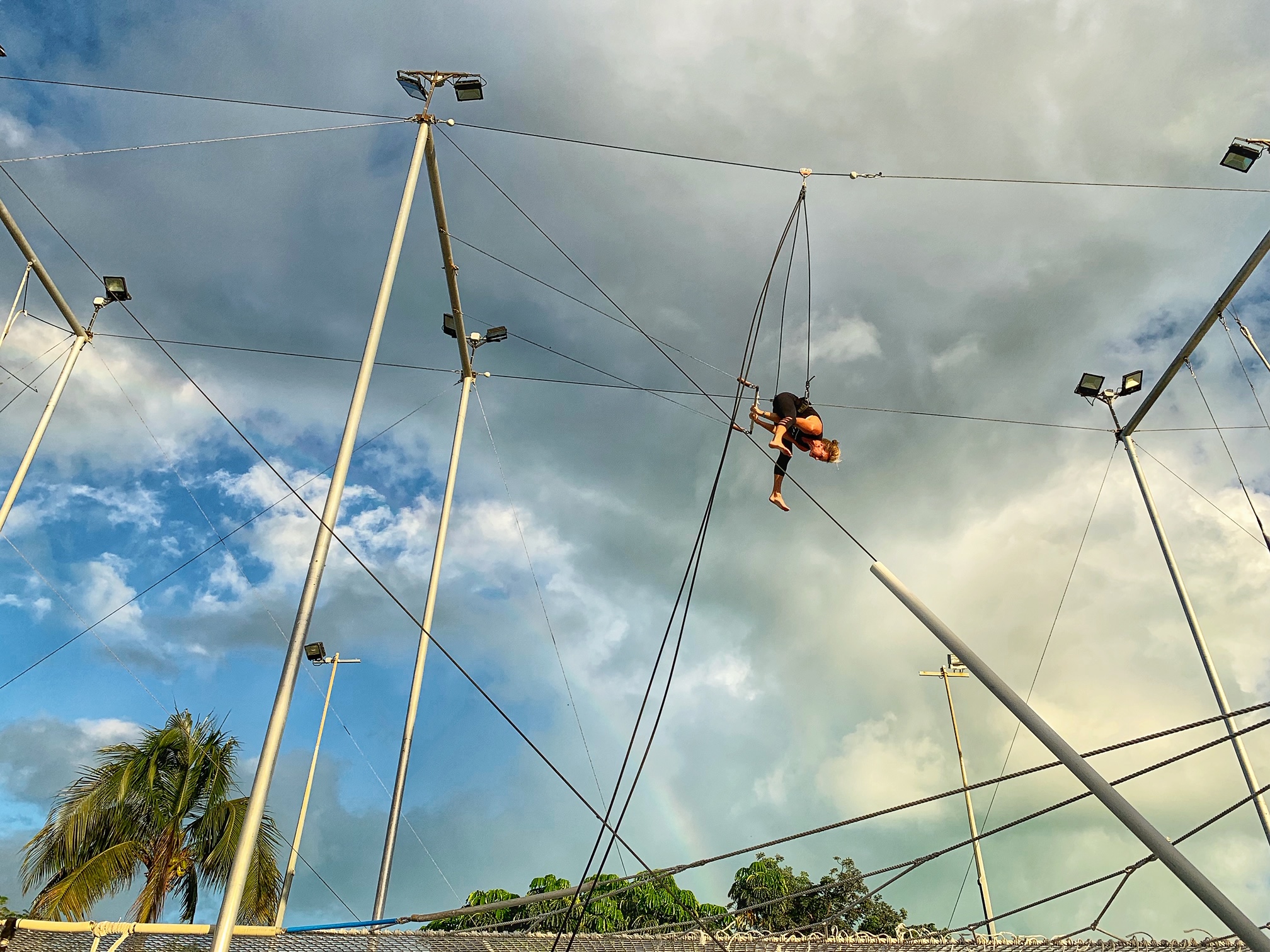 There were screams, a few exclamations of “I’m really scared” and “I can’t do this,” and even some tears of relief, but we all ended up with a bit of a natural high from the adrenaline surge of soaring through the air. Stepping this far out of one’s comfort zone isn’t something typically associated with a beach vacation, but here, it’s all about the experiences outside of the room.

“What we want you to do is go out there, try a sailing lesson, get on a paddle board, get on the snorkel boat, go play Bacce, go get involved in the soccer tournament,” says Brittany Minkus, meetings and events manager at Club Med Turkoise. “We really want you out of that room, we want you on that beach, at that bar with us, we want to socialize with you.”

Located on Grace Bay Beach in Turks and Caicos, which TripAdvisor reviewers consistently name the best beach in the world, she says Club Med Turkoise is a place where guests can do as much or as little as they desire.

The colourful village was recently upgraded to a 4-Trident property according to Club Med’s star rating system, which is the equivalent of a four-star resort. The level of service has been enhanced, as well as all the common areas and rooms. Just like its name suggests, the newly redesigned all-inclusive, adults-only property overlooks striking turquoise water. 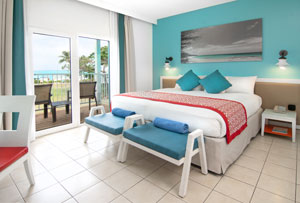 Here’s a look at what’s new:
All rooms were refurbished, but there are now 92 deluxe category rooms featuring a balcony or terrace. The dimensions of all the rooms are the same, but the deluxe rooms have a few extra perks like turn-down service, rainfall shower heads, bathrobes and a mini fridge stocked with pop and other non-alcoholic beverages.

The star of the upgrades is the newly redesigned oceanview infinity-edge pool, where guests can even find a spot to lounge, while staying dry, in the middle of the pool. Poolside service was also added, so guests no longer have to head to the bar themselves to get their drinks replenished.

A notable new experience is wine tasting at the newly added wine cellar, The Grapevine. Sessions are led by a sommelier and include four tastings, typically a white, a rosé and two reds (ranging from US$25 to US$500 per bottle). Each wine is paired with various dishes, but the last course comes with Spanish Iberian ham that’s been cured for two years. The tasting experience is available for US$50 per person, and includes access to the private terrace section at Grace Bay Restaurant for dinner. 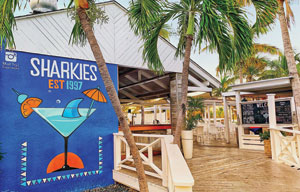 For those looking to be pampered in the great outdoors, new waterfront palapas have been added, offering spa and wellness treatments on the beach, with the sound of crashing waves to set the tone. The fitness centre was also redesigned, with state-of- the-art machines, and the tennis and basketball courts have been refurbished.

As part of the expanded food and beverage offer, Sharkies, a beachfront restaurant serving fare like fish tacos, burgers and quesadillas, has been upgraded and now includes a coffee and smoothie bar. It’s known for its happy hour, which has nightly live music from 5-7 p.m., and also serves as a great spot to watch the sunset.

Located across from the pool, the main bar, Blue Coral, has new furniture, as well as a new bar design with LED screens.

The main Grace Bay Restaurant, which was previously updated following a fire, is now home to a wrap-around terrace with views of the beach and pool.

Finally, guests can say so long to lost or deactivated keys, as upon arrival travellers receive digital wristbands to access their rooms. They’re also used to charge any additional expenses during their stay, so guests don’t have to carry their wallets around, while hanging out by the pool or beach.