Kenya trips going ahead as planned 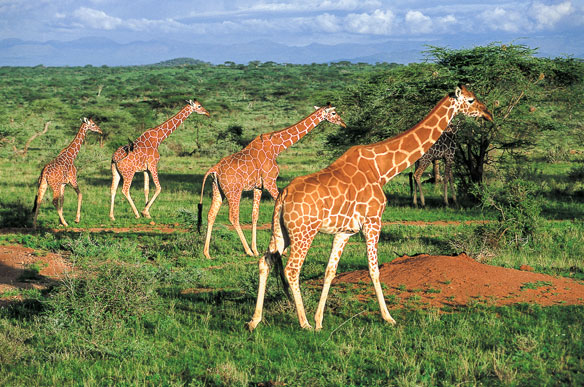 Two adventure tour specialists say their Kenya tours are continuing uneventfully following sporadic violence in the run-up to and aftermath of the country’s Aug. 8 election.
Dozens of people were reported killed before and after the vote, with clashes between rioters and police at times seeing police use both gunfire and teargas to disperse crowds angered at an election process some claimed was rigged.
The rioting appears to have ebbed in recent days, but did rekindle images among some of ethnic violence that flared in 2007 and left more than 1,000 people dead in a country that’s generally seen as one of the more stable nations in the region.
“Intrepid Travel works closely with local authorities and our 25 operational offices
for the latest travel warnings and information on all destinations we visit. If a place is deemed unsafe for our travellers, we will simply not proceed with operating tours,” said Leigh Barnes, Intrepid’s North American director.
“Before election week in Kenya, our operations team worked hard to ensure all scheduled departures had a contingency plan for the safety of all our travellers. As a precaution, we made a few changes to routing on certain roads. However, most of our departures have run as scheduled, with no changes to the itinerary.”
Rebecca Gitau Maroro, G Adventures’ regional manager for East Africa, says the unrest didn’t affect any of that company’s tours.
“We do not visit the areas where the protests occurred. We currently have trips running and feel confident that it is safe to visit Kenya.”
Gitau Maroro adds that G Adventures hasn’t seen any cancellations on tours that include Kenya and “future bookings are strong.”
Barnes says Intrepid is “constantly monitoring the political and social climate in Kenya, so our passengers can experience Intrepid-style travel – to connect with other cultures, build bridges and deepen their understanding of the world.”
Barnes notes that Intrepid Travel has over 25 offices on five continents that are responsible for running over 1,000 tours, and its top priority is passenger safety. “This local expertise allows us to be incredibly responsive to current events and the social and political climate,” he continues.