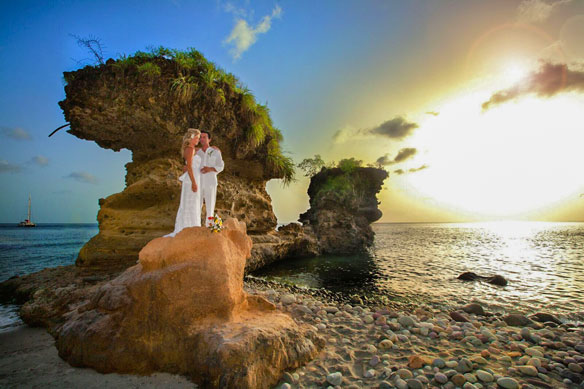 While tropical locations are as hot as ever, some Canadian couples are heading to more off-the-beaten-path and rather unique places for their destination weddings. From the Vegas Strip to romantic destinations in Ireland, here’s the lowdown on what – and where’s – popular. 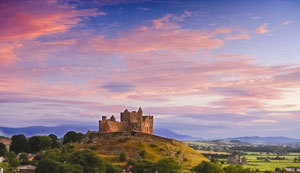 Ireland is a popular destination for Canadians looking to tie the knot. Photo courtesy Tourism Ireland

I’ll take the castle, please
Tying the knot in castles in Ireland and Scotland is becoming increasingly popular for destination weddings notes Shane Bannerman, general manager at Flight Centre FC GROUPS.
“Probably Ireland even more than Scotland, are hot spots right now for off-the-beaten-track weddings,” he tells Canadian Travel Press. “One of the main reasons for that is castle weddings. I mean who wouldn’t want to be married in a castle?”

Europe is on the rise
For Canadian couples, Portugal is also becoming increasingly popular.
“It offers that European charm, beautiful landscapes, particularly in the Algarve area, all at a much more affordable price than other European destinations,” says Jasprit Kaul, managing partner at L’Escape, an agency specializing in destination weddings.
Over at Transat, spokesperson Marie-Annick Lalande says there’s been growth in the number of requests for niche weddings in Italy.
Similarly, Bannerman cites the Tuscany region in Italy as a popular choice.
“Greece is another hot spot,” he adds. “Santorini is a very popular spot there. We’ve also had a few inquiries for SantoWines. Same thing as Italy, where it’s just exotic.”

Viva Las Vegas
Although Cancun/Mexico, Jamaica and the Dominican Republic are the top destination wedding sellers for Air Canada Vacations, Voula Spiridonakos, manager, group & incentives, notes an increase in bookings for Las Vegas and Saint Lucia.
“Canadians don’t go to Vegas very often, but it’s starting to increase a little bit,” she says, adding the packages are an average of five days. “This year, we’ve also seen a little bit of an increase in Saint Lucia.”

The usual suspects
Of course, Mexico and the Caribbean also continue to reign popular for destination weddings.
“The usual suspects such as Riviera Maya, Punta Cana, and Jamaica are still climbing the charts when it comes to tropical celebrations,” says Megan Velez, vice president, product, Destination Weddings Travel Group. “Costa Rica and Saint Lucia continue to be on the rise, as well as Cuba, especially for the Canadian market.”
However, she also points to a surge in bookings on the west coast of Mexico, in places like Cabo San Lucas, Puerto Vallarta, and Riviera Nayarit, “where couples are seeking a more authentic Mexican experience.”
For Liz Moore, CEO of Liz Moore Destination Weddings, a growing number of requests have come in this year for Puerto Vallarta and Punta Cana. At Transat, Lalande says Cancun and Punta Cana are the most popular wedding destinations. Meanwhile, Kaul has witnessed an uptick in Tulum bookings.
“Clients are looking for unique destinations,” she says. “Tulum offers a more authentic and cultured experience in comparison to popular tourist locations such as Cancun, Playa del Carmen and Riviera Maya.”

A different kind of south
Transat, Destination Weddings Travel Group and Liz Moore Destination Weddings all report bookings and requests for Costa Rica are also on the rise.
“Costa Rica is a destination that has grown in popularity for weddings,” says Transat’s Marie-Annick Lalande.
At L’Escape, Kaul says there’s also growth in destination wedding locations where exposure to Zika is limited.
“We’ve seen a huge interest in hosting weddings in South Florida, which recently resolved concerns of Zika,” she says. “Areas such as Miami, Boca Raton, Orlando and Palm Beach are selling well.”