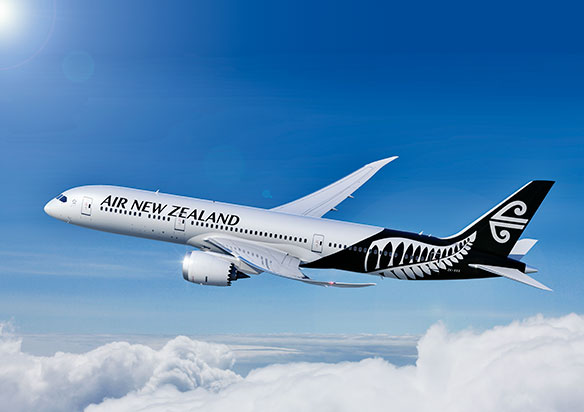 The fact that he has finally found a way to fly is a happy revelation to Kiwi Pete, the new spokes-celebrity for the latest Air New Zealand promotional video.
The comedic, normally flightless kiwi continues a tradition of demonstrating Air New Zealand aircraft features using movie stars and fictional personalities to grab viewers’ attention. Characters culled from the Lord of the Rings film franchise, for example, have been successful in encouraging passengers to watch inflight safety videos, rather than ignore them, as is often the case. Kiwi Pete even shows snaps of a visit to Canada, featuring himself playing hockey, riding with a Mountie and transiting through Vancouver airport. And he chats up actor Sam Neill while showcasing the Business Premier cabin.
Air New Zealand screened these “A Better Way To Fly” ads at a recent function marking ten consecutive years of ANZ flights to YVR. Robust returns on its Vancouver-Auckland route are driving an increase in seating capacity on those flights starting in the new year. The airline has announced that it will be increasing capacity on the route by 20% as of January through to July.
“We will be adding 15,600 seats into the market,” said Liz Fraser, the Air New Zealand regional general manager of the Americas. She was in Vancouver recently to celebrate the 10-year anniversary of ANZ services.
The capacity increase is being achieved through an increase in flights. During the first half of January, the airline will increase services from seven to eight flights per week. It will also increase flights to five per week in March and April (up from four) and four weekly flights during May to mid-June (up from three).
Nick Judd, Air New Zealand regional GM for the Americas, says this extra capacity is a direct result of the increased demand for travel in the South Pacific region and the importance of Vancouver in the Air New Zealand network. For instance, the number of Canadians travelling to New Zealand from July 2016 to June 2017 was 66,000 – an increase of 19% over the previous year in that period. Air New Zealand understands the huge potential of tapping into this demand for travel, said airline reps.
That potential goes in both directions across the Pacific, said Air New Zealand chief revenue officer Cam Wallace. “We recognize how popular Canada is as a winter destination for Kiwis.” The airline also highlighted the fact that flights to eight points in Australia are available to passengers flying through Auckland on ANZ.
During the Vancouver event, Liz Fraser also pointed out that Air New Zealand had just been crowned as the 2018 Airline of the Year, as chosen by international aviation website AirlineRatings.com . A panel of six judges assesses airlines on 13 major criteria for the awards each year. These include passenger reviews, in-flight product offerings, safety, profitability, fleet age and environmental policies. This marks the fifth consecutive year that the airline received this award. 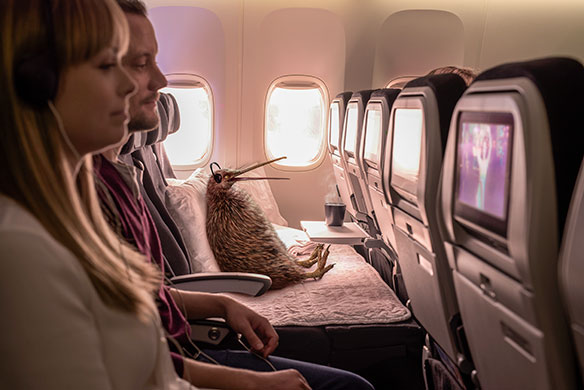