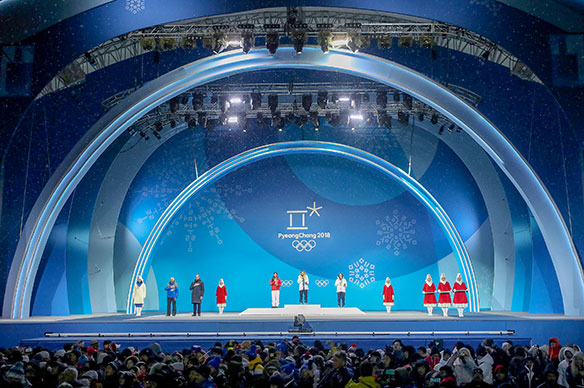 John Hyungkwan Park is inviting Canadian schussers to hit the same Korean slopes that Olympic gold medalists have won glory on.
Park, director of the Korea Tourism Corporation’s Canadian office, says the glitch-free PyeongChang Winter Olympics have provided his homeland with opportunities to make further inroads in the Canadian market.
And that includes among skiers, he says, with the PyeongChang area having 80 ski slopes in a country that has four seasons and hosted 176,256 Canadians last year.
Park realizes that this country has many ski resorts, but still believes Korea can attract Canadian skiers to a land that recently hosted the world’s best skiers. “I think some people would like to try something different.”
The KTO plans to more aggressively promote Korean skiing opportunities next winter.
The games have left Korean tourism officials upbeat, thanks to a huge international audience tuning into them by television. That includes CBC coverage in this country, with Park noting the network not only showcased athletic competitions, but also different sides to everyday Korean life, including the martial art of tae-kwon-do and Korea’s flourishing technology scene.
“Lots of people saw beautiful scenery and wonderful facilities,” Park points out. “The Olympics were quite successful. I’m so glad lots of people watched the games.”
The PyeongChang games marked only the second time the Winter Olympics have been held in Asia.
PyeongChang is now hosting the Paralympics.
Park says Korean winters are generally mild, warmer than those in Toronto.
The games also led to easing tensions with North Korea – which has been feuding with other governments – with the two Koreas’ leaders now planning to meet in April.
Signs of the reduced tension include North and South Koreans surprising people by playing on the same women’s hockey team during the games, competitors from the two countries marching together during the games’ opening ceremonies, and North Korean leader Kim Jong-un’s sister unexpectedly attending the opening ceremonies.
The PyeongChang area stands to see lasting benefits from the games, with high-speed train service now linking it to Seoul, and Olympic facilities being made available to non-Olympic athletes now, as well as those who will be training for the next Winter Olympics in Beijing.
Meanwhile, FIT Travel will continue to be the trend in the Canadian market, as more travellers discover Korea on their own. The Discover Seoul Pass is newly introduced for FIT travellers to explore more than 21 Seoul’s must-see landmarks and attractions with free admissions or discounts. The pass can also serve as a transportation card which allows tourists to travel around the city conveniently.
For further information about Korea, visit www.visitkorea.or.kr .