Home › Digital Post › Lighting up the night in Yellowknife

Lighting up the night in Yellowknife 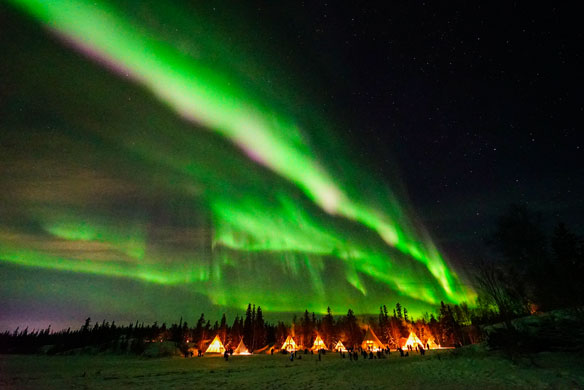 Anderson Vacations is inviting people to watch Mother Nature light up the night in a setting it says is particularly suited for those wanting to see a celestial spectacular. 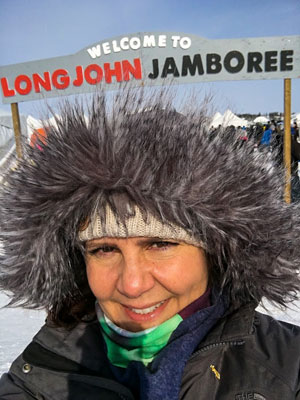 The tour operator’s Darcie Guarderas notes the company sends clients to the Northwest Territories’ capital during winter to see the Northern Lights, with those viewers finding themselves in a sub-Arctic setting known for long winter nights that make the attraction more visible.

“Yellowknife is the best place in the world to view the Aurora Borealis,” Guarderas says, using the scientific name for the natural phenomenon. “There are many fabulous outdoor adventure activities, such as dog-sledding, snowmobiling and ice fishing combined with a Northern Lights viewing, making it a spectacular destination.”

And she continues: “The Northern Lights are our specialty and our guests love them. Mother Nature is in charge so a sighting is not guaranteed but guests’ chances are very good in the NWT. During my last visit, I was fortunate to see them three nights out of four.”

Anderson Vacations sends people to Yellowknife in January, February and March, an optimum time to see a show created when charged particles from the sun become trapped in the Earth›s magnetic field. 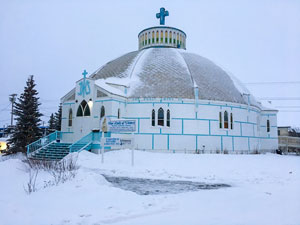 The shimmering lights frequently change shape and colour and are easiest to spot in Arctic and sub-Arctic locales.

Recent years have seen the Northwest Territories build a growing following among people eager to see the Northern Lights in a prime location, attracting people from as far away as Japan.

“I think more and more Canadians are becoming aware of what the NWT has to offer. Social media helps a ton,” Guarderas says, adding pictures of the Northern Lights frequently are shared by that medium. “I do love the winter outdoor activities offered in the NWT.”

Guarderas points out that Anderson Vacations also has small-group escorted summer tours that send people up the Dempster Highway, which works its way north from Dawson City, Yukon, to Inuvik, NWT, crossing the Arctic Circle en route. Those in the North in June may be able to celebrate the Summer Solstice in a part of the world known for its long summer days.

Guarderas adds that Anderson Vacations likes to include an Indigenous cultural experience on the tours and enable clients to visit galleries that showcase Indigenous art. 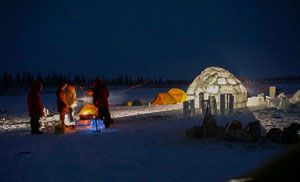 She says Arctic visits are still rewarding after summer’s end, thanks to the changing of the leaves along the Dempster in autumn, while winter Inuvik-area guests can see reindeer and even overnight in an igloo if they choose.

And Guarderas says those who work their way north from Inuvik – home to an igloo-shaped Catholic church Guarderas labels lovely – to coastal Tuktoyaktuk are welcome to help continue a somewhat daring tourist tradition of dipping their toes into the chilly Arctic waters of the Beaufort Sea.

“Dipping a toe in the Beaufort Sea is on many people’s bucket list,” she says of the ritual. “For some it might mean that they have visited all three of Canada’s coastlines and they now have bragging rights.” 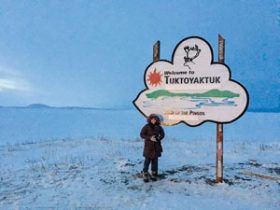 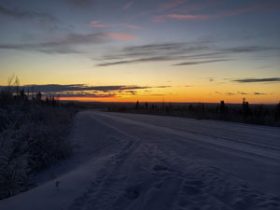