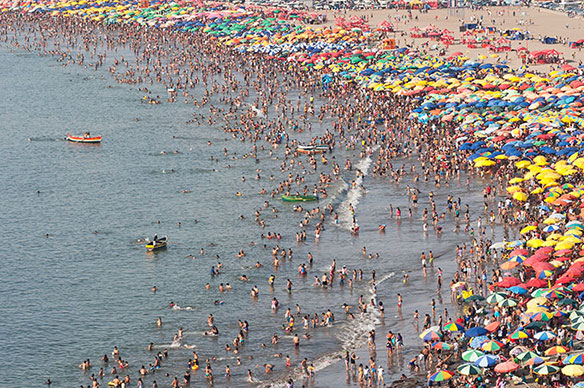 [Editor’s Note: In this week’s issue, well-known industry veteran, John Boulding takes a thoughtful look at overtourism – a topic that’s getting more and more attention these days. His commentary makes for some interesting reading.]

The travel press recently picked up on some TripAdvisor research identifying the lengthiest lines at tourist attractions around the world, aka: the places tourists should avoid. Interesting stuff. Like TripAdvisor’s hotel review platform however, it just so happens that this morsel of analysis furthers their commercial interests. The bespectacled owl nowadays sells skip-the-line tickets to those very same venues at tempting prices.
Clever marketing of course, although frustrating that this loss of impartiality perhaps takes away something from their concept of being a bastion of consumer review integrity.
No matter. This tale of investigation and touristic gridlock does have an upside. It throws the limelight once again on one of the bigger issues facing municipalities and the travel industry today: that of overtourism. The term describes destinations where hosts or guests, locals or visitors, feel that there are too many visitors and that the quality of life in the area or the quality of the experience has deteriorated unacceptably.
It’s a subject that has become quite fashionable with columnists and bloggers over the last year or so; more so since the United Nations World Tourism Organization (UNWTO) declared 2017 to be the International Year of Sustainable Tourism Development. There have been some great articles on the subject. For one, I recommend you look at Edward Lucas’ piece published in the Times in August: “Times”. You see, iconic spots across the globe are being caught up in a good tourism versus bad tourism struggle. There will always be inhabitants in a destination who are positive (or at least benign) to the wandering hordes, because they benefit financially (either directly or indirectly) or lifestyle-wise from tourism.

Negative experience
Then there are locals who experience the negatives – crowding, strained resources, higher prices, etc. – yet get little or none of the fruit. Many of the latter are becoming increasingly irked, vocal and even physical over their downright disdain of tourists.
Take a quick look at the numbers and it’s easy to understand the root of residents’ frustration. According to the latest UNWTO World Tourism Barometer, global tourist arrivals grew by a mighty 6.4% to June 2017, compared to a growth of 3.9% in 2016. Try looking at it another way: 1.2 billion people, there are 7.6 billion on the planet, will cross international borders this year. This includes all kinds of all travel but you start to get an idea of the scale.
One of the plus sides of tourism growth is that around 292 million people are employed in jobs created through tourism. Many are at entry-level, so tend to be lower paid, but it is work nonetheless; and in some destinations, that’s a blessing. There’s more. The World Travel & Tourism Council (WTTC) suggests that travel and tourism provides $7.6 trillion in direct and indirect contributions to global GDP. That’s a heck of a lot of money and it amounts to 10.6% of total global GDP. Tourism can also do a power of good if it is managed properly. It can help conservation, preservation and the community. And when people meet others from different cultures and ways of life it can bring down barriers, challenge misconceptions and make the world politically a better, more stable place. 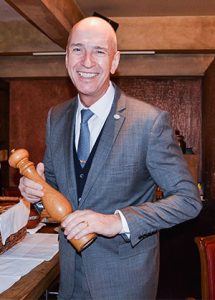 Growing concerns
But the negatives are mounting in the minds of locals. Earlier this year we saw demonstrations in San Sebastián and crackdowns in Rome and Dubrovnik as locals vented their frustration at city-break tourists and cruise ships. In Venice, Mallorca and Barcelona the physical side of a wave of anti-tourism protests has fortunately so far been largely limited to tourist bus tire slashing and the daubing of Tourist Go Home signs on walls.
In my many years of tour operating, I’ve seen the situation get steadily worse. The lines are real and the crowds are never-ending. The Eiffel Tower and Alhambra Palace are just two examples where the visiting process is quite broken. My old company, like others in escorted touring, overcame many of the obstacles by pre-booking venues to avoid the lines, becoming more flexible with our schedules for visits, finding alternative experiences and developing off-season travel. We also had the advantage of only a relatively small group of people to move around for each trip and luxury transport to hand.
It remains a difficult challenge for the industry though. First time visitors especially will take some convincing not to visit the main attractions and logistics don’t always allow them alternatives.
What are the root causes of this surge? Well, partly it lies in deregulation of air travel and the rise of low-cost carriers. They facilitated the subsequent explosion of city-break travel within any given region, which in turn boosted year-round travel so even low-seasons have shrunk. Then there is the burden of mass-cruising, which has a huge impact on infrastructure in port cities where the overcrowding peaks are truly stupendous. Terrorism issues cause waves too, such as Tunisia and Egypt over the last few years. In Europe, this brought people in droves back to Spain and Italy for instance.
And we are seeing exponential growth in travel from ‘new’ markets, including India and China. In 2011, Chinese international tourism spend was recorded at $73 billion. In 2016, it reached $261 billion. By 2021, CLSA (a leading Asian capital markets and investment group) estimates that Chinese outbound tourism will reach 200 million travellers with a spend of $429 billion.

Beware the demon
The crush is widespread, and it could be Bangkok, St Petersburg or Milan. I’ve personally sat at a cafe on the dockside of tiny Santorini at 9A.M., and watched as cruise passengers started arriving on their shore-excursions to the island. There were six ships anchored in the Caldera that day and between them, no kidding, they disgorged nearly 19,000 people into tenders. After landing, they were herded into line upon line of cramped buses for a six hour whistle-stop tour of the island, culminating in the old town where the streets were wall to wall jammed from 3 pm onwards.
You can understand locals’ chagrin when you learn the average spend of cruise passengers that day would have been around €3 per head, according to research undertaken recently in Venice. Tourism policy makers are concerned about achieving a balance. They want people to visit the icons a little less, or at least at non-peak times, and at the same time, get to places off the beaten track to spread the load.
That’s easier said than done of course. To have any chance of success it needs a strong push/pull strategy to cajole and persuade. In simplistic terms this means a whole heap of investment and incentives in new product development and infrastructure creation to get people away from the icons. It requires a giant swag of marketing dollars to develop the concepts and convince consumers. And it needs a good dose of tough regulation to ensure the municipal stakeholders and travel industry players don’t simply perpetuate the easier route of status quo.
Tom Buncle, founder of the The Yellow Railroad consultancy, comes from a solid background in NGOs and tourism planning. He is passionate in his views and agrees that managing tourism growth sustainably, rather than letting it get out of control, is the answer. His fear is that, if destinations don’t manage their growth effectively, anti-tourist sentiment will prevail and tourism itself risks becoming demonized by the media and policy-makers. If that happens, then there is a possibility that some governments might turn their backs on tourism as a driver of economic development, social cohesion and environmental conservation, and thereby exclude countries that have few other economic opportunities.

What now?
So what now? Local authorities have already started to act. Barcelona has cracked down on unlicensed Airbnb rentals, Thailand has outlawed zero-based tour pricing, Venice has imposed a ban on new tourist accommodation and cities across the Med are starting to crack down on anti-social behaviour by tourists. Operators too are trying to develop alternatives and change their schedules.
At least people are talking about the issues. At the end of the day, it will come down to collaboration between cities, governments and companies. Like it or not, their (and our) interests are inherently aligned.

John Boulding is the CEO TravLinkSolutions and a travel industry veteran. And if you want to read more on other industry topics, check out his blog at https://travlinksolutions.com/the-travellingman-blog/ … you can also visit  . 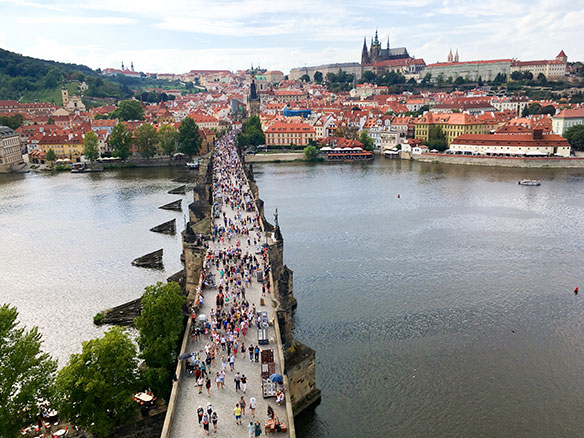