Home › Digital Post › Mother Nature has been kind to Baja

Mother Nature has been kind to Baja 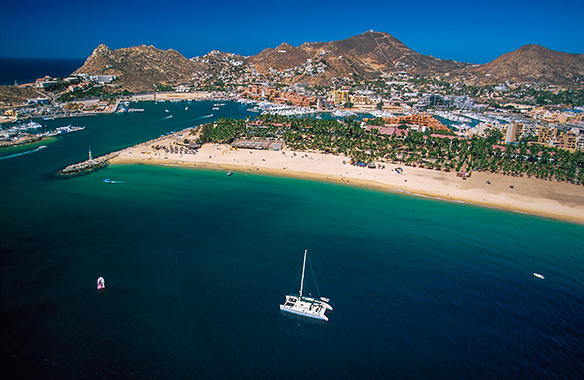 (Photo above: Baja California Sur is known for its abundant sunshine. )

The head of the Los Cabos tourist board says the area his destination is in has clearly been blessed by nature.
Rodrigo Esponda said during Mexico’s annual tourism show Tianguis that the region has “desert, mountains and two seas,” with those seas being the Pacific Ocean and the Sea of Cortes, the latter having been praised by famed oceanographer Jacques Cousteau because of its abundant marine life.
Jesus Ordonez, director general of the tourist board for the state of Baja California Sur – which Los Cabos is found within – in turn, told the same gathering that the state has many reminders of its past, including rock paintings dating back thousands of years and missions founded by the Spanish centuries ago.
Ordonez said active vacationers will be in their element in Baja California Sur, which offers the likes of kayaking, windsurfing and golf.
Indeed, the state is a “paradise for golf,” attracting major names in the sport, he added.
Ordonez said scuba divers can “dive each day in a different spot,” and diving is available for people with physical handicaps.
Seasonal sightings of blue and gray whales off Baja California Sur’s shores are available.
Ordonez also said that Baja California Sur can be a romantic part of the world, and weddings “can be conducted in a very beautiful context.”
Meanwhile, Esponda said San Jose del Cabo can provide a very quiet retreat for vacationers.
Cabo San Lucas, in turn, often attracts a party crowd.
Esponda added his destination has a “broad range of hotels,” and visitors can choose between all-inclusive and European Plan stays.
He added that “sustainability is very important” for a part of the world that’s proud of its natural side.