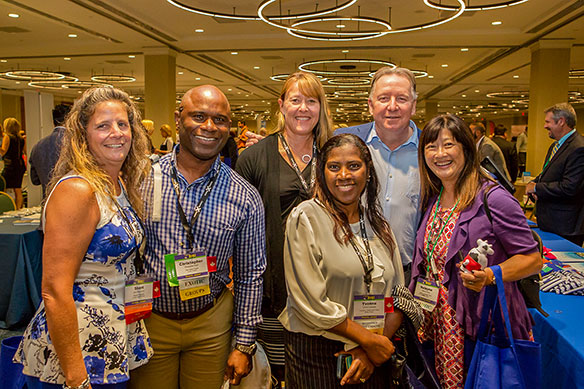 (Photo above: Mike Foster with agents at Connexion)

Host agency Nexion Canada is celebrating its first five years in business, lauding a half-decade of “extraordinary growth,” but that’s just the beginning, according to chief exec Mike Foster, who’s predicting another half-decade of membership expansion down the road.

He told CTP, “Our aim was to have 350 members on board by now, and we’re right on target. We wanted steady growth and not crazy numbers by the end of year five, so that we could assimilate the new arrivals and look after them by getting to know and service them.” 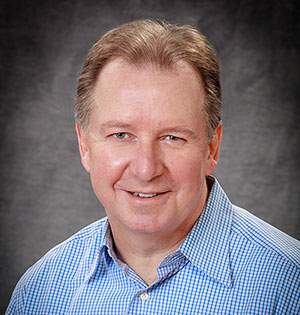 The Canadian division of the huge Travel Leaders group is now looking to almost double its current membership tally by the end of its first decade in business here, revealed Foster, who added that a move into the Quebec market is also in the cards.

Nexion Canada’s membership currently spans every province and territory barring “la belle province,”’ but Foster said he’s looking at the possibility. “There’s no timeline at present,” he explained. “We’re getting membership requests; it’s in our future, but as yet we don’t know when.”

On the membership front, he pointed out, “We don’t want to get too big, so we’re probably looking at 500 to 600 agencies by the end of our first decade.”

Lots of support
According to London, ON-based Foster, Nexion Canada’s mantra is, “Our travel professional members are in business for themselves, but not by themselves,” and his focus is firmly on what got the organization to its current level – major sales and marketing support along with extensive educational opportunities.

He stated, “We give member agents access to a multitude of tools, including business development coaching, continuing travel education and networking opportunities,” adding, “Nexion’s valuable supplier relationships, coupled with our focus on members, has been key to our growth.”

Foster revealed that, over the first five years, Nexion Canada has offered its members “an ever increasing range of tools and opportunities, including industry-leading commission opportunities, support from a Canadian-based team of member service specialists, local networking events specific to Canadian agents and technology solutions to help members run their businesses.”

Additionally, he said there’s the ability to join their US counterparts at specialty training programs, including the Luxury Travel Sales Summit, Accelerated Sales Forum and Group Travel Sales Summit as well as CoNexion; the annual conference which, this September, will be held aboard a one-week sailing of Royal Caribbean’s Harmony of the Seas out of Fort Lauderdale.

In conclusion, Foster explained, “Everything we do at Nexion Canada comes down to supporting our members, and we are thrilled to give them the greatest amount of resources possible. Members get the best of both worlds; a uniquely Canadian experience enhanced by the global reach of Travel Leaders group.”

And he added, “As we celebrate our first half-decade, we are looking forward to continuing to leverage the resources we have at our disposal to give our members the best possible return on their investment.”