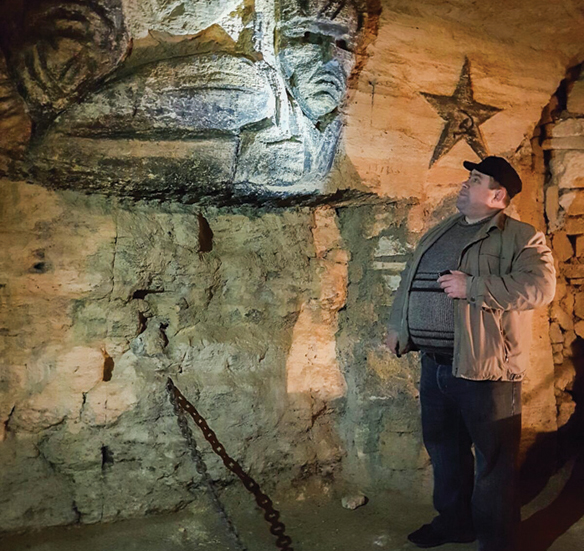 An off-the-beaten track experience awaits for many travellers in the city of Odessa – a destination well known for Russian tourists in the summer, but presenting intriguing possibilities for Western travellers as well.
And this city will not remain a secret to Westerners for long, so it’s best to see it before globalization takes hold of it. Odessa is a relatively new city in traditional European terms, officially founded in 1794 by Catherine the Great, and was home to the Soviet Navy fleet of the Black Sea and remains the largest port in the Ukraine. It was completely closed to foreigners under the Soviets, but now we all have the privilege to explore there.
Our local guide, Artyom, speaks impeccable English and represents the future face of Ukraine with a friendly disposition and easy going demeanour. 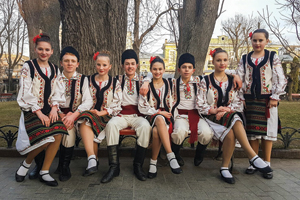 Although March is not suitable for a beach getaway, Artyom was able to share with us some amazing local experiences at an incredible value. Ukraine is very affordable. Rates for three- to four-star hotels were between CAD $45 to $70 per night. A tour of the city shows a vast array of cultural diversity typical of a port city, with Ukrainian, Russian, Turkish, and Jewish influences reflected in the city’s architecture and neighbourhoods. There’s a wonderful contrast of Art Nouveau, Classicist and post-Soviet.
A colourful pedestrian zone offers a fascinating array of shopping, galleries, restaurants and bars. The streets of the city are a contrast of sleek Mercedes-Benz and Audis with Soviet-era Ladas. The centre is compact and pleasantly walkable.
The Odessa Catacombs are a national museum located in a suburb of Odessa. Originally founded as mines, they became famous as the hideaway for Soviet Partizans in 1941 fighting the occupational forces. They stretch for nearly 2,500 km, but a local guide navigates you down into the sometimes claustrophobic tunnels where one sees their living, cooking and bathroom facilities. The grounds have a wonderful Soviet-era war memorial and a museum as you depart the catacombs, and this monument is a source of great national pride. 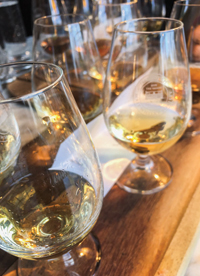 The Shustov Cognac Factory may be one of the Ukraine’s best-kept secrets from the west. A detailed and thoughtful walk through the factory and explanation of their cognac distillation process culminates in a tasting of their excellent brandies. The cognacs are all very good, and the 25-year-old varietal is very smooth with a robust but not overpowering flavour.
Although famous for Borscht, and there is plenty to be sampled if one chooses, the Ukrainian culinary scene has so much more to offer.
Khutork u Morya, or Homestead on the Sea, is a beautiful locale located on Lanzheron Beach and resembles a traditional Ukrainian dacha. They offer subtle chicken soups, succulent lake fish dishes, Shashlikhs (a brochette common to the former Soviet countries), and enough chicken, pork and beef dishes to satisfy any palette with many vegetarian options available. Including a bounty of drinks and wine, cost is under CAD$20 a person.
After dinner, explore Odessa’s infamous nightlife, this is the party capital of the Ukraine and is renowned for its parties. Start at Friends And Beer, where you can sample locally brewed beers for CAD$1.25 per pint.
As midnight approaches, our guide Artyom takes us to a number of clubs with an incredible energy and full of beautiful but approachable people. Not just for the young, you will encounter locals, Russians, Turkish and occasional westerners of all ages enjoying themselves. Party until the sun comes up, and because Odessa never sleeps, you can continue until fi nally the city gets the best of you and you have to sleep!
To contact Artyom for guiding email, odessaukrainetours@gmail.com . On Facebook, go to https://www.facebook.com/Black-Sea-Odessa-Paradise-Tours-268538060272430/ .
Eric Barber is senior director, national sales for Realstar Hospitality and a new contributor to Canadian Travel Press.