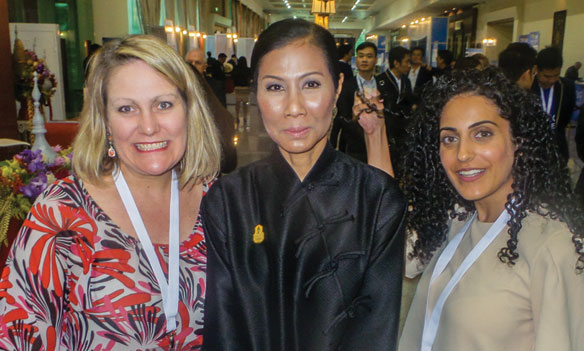 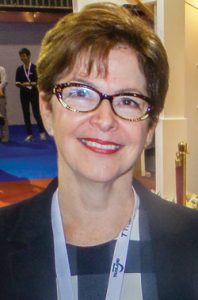 Kayla Shubert will remain with the Tourism Authority of Thailand.

A familiar face will continue to play a pivotal role in Thai tourism promotion efforts in this country. Kayla Shubert, who’s been carrying the flag for the Tourism Authority of Thailand in Canada for over a decade, will take on the national marketing manager role when the tourism authority opens its first-ever Canadian office in Toronto this fall.
The tourism authority announced earlier this year that it planned to open the office, which will be staffed by several employees. Shubert now works from her home, as did her predecessor.

News of the upcoming office led to some speculation on what role – if any – Shubert would have in the office. But tourism officials announced during June’s Thailand Travel Mart Plus 2017 in Chiang Rai that Shubert would indeed have a senior role, a development that was welcomed by Canadian tour operators on hand for the show.
“She’s done well for the Tourism Authority of Thailand over the years,” said Vivek Khanna of Tourcan Vacations, adding the upcoming office will “bring more exposure” to the Asian nation.
Shubert, in turn, told Travel Courier that she’s “very pleased” she’ll continue to be part of the TAT and will be helping to “promote such a wonderful destination.”
Tourism officials are hoping that this year will see about 240,000 Canadians visit Thailand, and further hope, there will be a 10% increase within the first year of new office’s opening.

BIGGER BUDGET
Those officials are promising more money will be spent to attract Canadians.
Thailand hosted 32.6 million visitors in total last year and hopes that the number of visitors will reach 34.4 million this year.
Kobkarn Wattanavrangkul, Thailand’s minister of tourism and sports, praised the host city of Chiang Mai during the show, saying “Thailand is beautiful, but Chiang Mai is a very special place.”
Buddhist influences are easily visible in Chiang Mai, which Wattanavrangkul labelled a “living, creative town” that’s not only for tourists, but locals as well. Tourism officials concede that some parts of Thailand – such as Bangkok, Chiang Mai and Phuket – are quickly recognized in international tourism circles, but other parts of the country have limited recognition abroad.
Wattanavrangkul said it’s her “personal mission” to convince more tourists to visit the northeastern part of the country.
Much of Thailand’s appeal revolves around sun-soaked beaches, but tourism officials add that there are many other sides to the country, such as the history on display in the likes of the former capital of Sukhothai; viewing the country’s natural side, with bird-watching among available options; and experiencing Thai culture that can include taking courses in Thai cooking or even classes in the rough and tumble sport of Thai kick-boxing.
“We have many small cities that are very unique,” added Jittima Sukpalin, the tourism authority’s director for the Americas. “They have their own cultures.”
Khanna, in turn, praised Thailand as a “fascinating destination that offers good value for money.”