Home › Digital Post › One ID: end-to-end vision of the future

One ID: end-to-end vision of the future 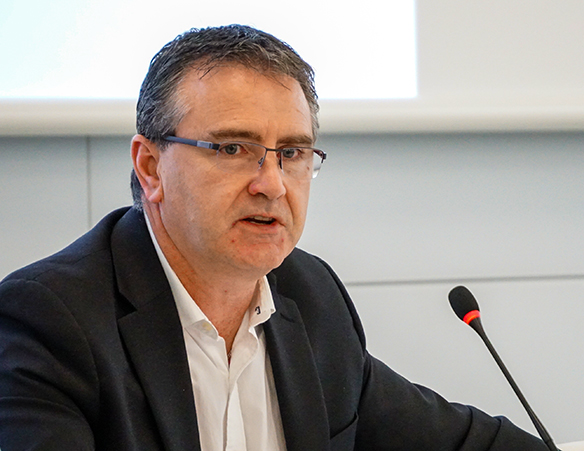 IATA’s One ID initiative, which aims to create a paperless airport experience using a single biometric identifier such as a face, fingerprint or iris scan, has received a significant endorsement from the travelling public, courtesy of the association’s latest annual global passenger survey.

According to the 2019 questionnaire, 46% of passengers would prefer to use a biometric ID instead of a passport for their journey, while 34% said they would rather stick with the paper passport and 20% had no preference.

Nick Careen, IATA’s senior VP airport, passenger, cargo and security told a recent press briefing that the drive towards the seamless passenger journey is a vision shared by airlines, airports and government agencies.

“It brings many benefits to the various stakeholders involved, in addition to responding to passenger growth, customer demand and infrastructure constraints,” he explained.

Careen pointed out, “To realize this end-to-end vision, there are a few steps that should be undertaken: Educate the travelling public on which data is collected and how it is used and protected, while looking at how to minimize the variation of processes from one airport to another, and ensuring a seamless and simple process for passengers when it comes to identity management and biometrics.”

He stressed, “The cornerstone of the One ID end-to-end vision is a `trusted digital identity’ to be injected early in the process, including at booking, to allow passengers to assert that they are who they say they are. They can do this online and off-airport.”

He told the Geneva briefing, “It then allows the passenger to be securely recognized biometrically at each subsequent step. Industry stakeholders should then be able to access the data they need for their operations on an authorized-to-access basis.”

And he added, “A trusted digital identity covers biographic and biometric data of the passenger and may also include travel authorization information such as visas and their validity.”

The survey, which was conducted worldwide in 14 languages, revealed that overall people are happy travellers with three out of four passengers reporting that they’re satisfied with the air travel experience in general. Immigration e-gates also got the thumbs up from three-quarters of respondents who cited speed as the major benefit.

When asked about airport time management, 80% of pax said less than three minutes was an acceptable time for dropping off a self-tagged bag when already checked in; 79% said less than 10 minutes was an acceptable queuing time at immigration and customs, and 74% didn’t want to wait more than 10 minutes for baggage collection!
Not surprisingly, Careen said bag collection has been identified as a main point of attention for the industry given its “below average performance and high correlation with overall satisfaction.”

Noting that 53% of those surveyed said they would be more likely to check luggage if they could track it, he told reporters, “The 2019 IATA AGM in Seoul unanimously resolved to support the global deployment of radio frequency identification (RFID) for baggage tracking and RFID read rates are 99.98% accurate which is significantly better than that of bar codes.”

Turning to disruption management, Careen pointed out, “IATA’s ONE Order initiative will result in the gradual disappearance of PNRs, e-tickets and electronic miscellaneous documents. One single customer order record will hold all the data elements obtained and required for product fulfilment across the entire air travel journey, making booking and rebooking processes much easier.”