Pennsylvania has a thriving whiskey scene 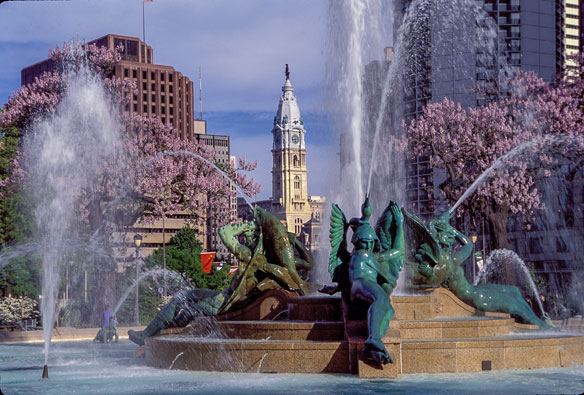 Those who will never sour on whiskey sours are certain to appreciate a new project that has Pennsylvania as its epicentre.

Pennsylvania tourism officials say an app will be in place in July for the Whiskey Rebellion Trail, which begins in Washington DC and works its ways through southern Pennsylvania, ultimately reaching Pittsburgh.

The trail chronicles the 1791-1794 Whiskey Rebellion, a sometimes violent resistance to a tax imposed by the US government on distilled spirits, of which whiskey was the most popular and often produced by Pennsylvania farmers from excess grain. The rebellion was ultimately unsuccessful and seen as a pivotal moment for the government of George Washington, as it demonstrated its willingness to use force to enforce laws.

Sites to behold
Those who trace the lengthy trail will see sites that figured prominently in the rebellion and also be able to visit whiskey distilleries – sampling their products while doing so – in a state that has a flourishing craft distillery scene, with Daniel Davis of Visit Philadelphia confident that there’s no way that those who enjoy whiskey will be disappointed by the trail. “That’s not going to happen,” said Davis, who adds that Philadelphia residents have a growing appreciation for whiskey, with craft distillery whiskey produced there.

100-year hiatus
Anna Weltz of Laurel Highlands – which the trail passes through – noted the community of West Overton produced a whiskey called Overholt, which was the “longest-running whiskey brand in the United States,” but ceased production when Prohibition was introduced, leading to what Weltz calls a “100-year hiatus.” Overholt was eventually acquired by Jim Beam bourbon. West Overton is again going to see a whiskey produced there.

Rachel Riley of the Valley Forge Tourism & Convention Board said her historic area is home to Five Saints whiskey, which is produced in a historic firehouse.

“Pennsylvania is known for rye whiskey,” she said, with whiskey enthusiasts certain to be in their element on the trail. “What’s not to love?”

Fischer Lepore noted the trail commemorates the past, not recently created attractions.
“If you’re a whiskey enthusiast, this trail is made for you,” she states.