Philadelphia – It all started here 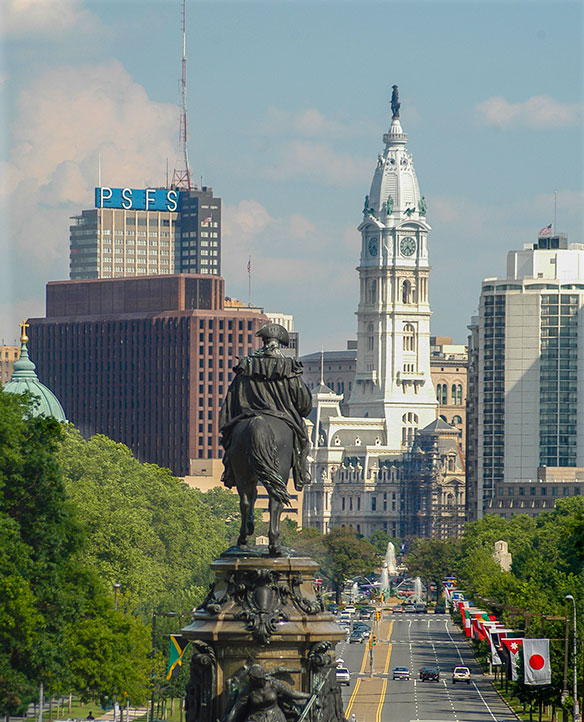 (Photo above: Philadelphia is justifi ably proud of its historic side.)

Philadelphia tourism officials are inviting people to explore a city that literally dates back to the United States’ earliest days.
Donna Schorr, spokeswoman for Visit Philadelphia, told a recent Toronto gathering that her city is steeped in American history, much of which is on display for visitors.
“The US started here,” she said. “Philadelphia is where the first Continental Congress convened and the place where the Declaration of Independence and U.S. Constitution were signed.
“In 2015, Philadelphia became the first and only World Heritage City in the US, stemming from its indelible imprint on American history and world history.”
Among specific attractions is the Museum of the American Revolution, which “tells the most complete story of the revolution from the perspective of people who lived through it, in the district where it happened.”
History is everywhere
Philadelphia’s Historic District has over 300 years of architecture and many of its historic buildings are original.
Schorr added the Philadelphia area is home to Valley Forge National Historic Park, which was where “George Washington and the Continental Army spent harsh winters during the Revolutionary War.”
Schorr also praised Philadelphia’s many public squares, parks and gardens, and said the city is turning unused lots, piers and parks into “activated spaces throughout the city and its waterfronts.”
Schorr said Philadelphia restaurants are more affordable than those in New York City or Washington and hotel choices in her city range from budget to luxury.
She said that her destination saw about 492,000 Canadians in 2016. “You seek what we all love in cities – walkable neighborhoods, great food, rich culture.”
The crowd was also told by Schorr’s colleague Jenea Robinson that Philadelphia sees a large number of festivals each year and the city also has a thriving culinary scene.
(visitphilly.com)