Changing lives one trip at a time 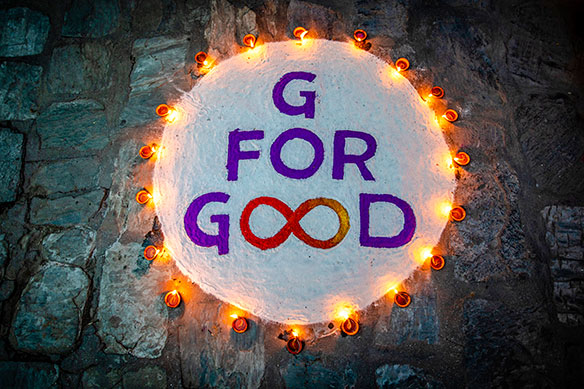 G Adventures recently held a trip called G for Good to India and Nepal to highlight the power of community tourism and social enterprises.

Human trafficking survivor Indira Gurung is president of the SASANE organization in Kathmandu, Nepal, advocating for the rights of rescued women and raising awareness of the widespread issue in an effort to end forced labour and sexual exploitation. Human trafficking is a $150 billion industry globally and the second largest criminal industry in the world.

According to the survivor-led organization, which is supported by G Adventures’ non-profit Planeterra Foundation, 7,500 Nepalese girls are trafficked for commercial sexual exploitation every year and 54 Nepalese children disappear every day.

With little access to education and a lack of awareness and knowledge of their legal rights, women from rural areas are among the most vulnerable in the country. Traffickers frequently lure Nepalese girls with false promises of an education or better paying jobs – as was the case for Gurung. 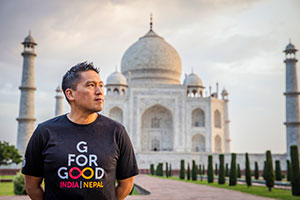 Bruce Poon Tip at the Taj Mahal during the G for Good trip to India and Nepal. Photos courtesy: G ADVENTURES/OANA DRAGAN

Formed in 2008, SASANE trains survivors to become paralegals, who often serve as the first point of contact for other victims through placements in police stations and local outreach in rural villages. Planeterra teamed up with SASANE to launch The Sisterhood of Survivors program, an alternative to the paralegal program, where rehabilitated survivors are reintegrated into the workforce and gain employment opportunities in the tourism industry along with skills like conversational English.

Joined by G Adventures and Planeterra founder Bruce Poon Tip, Canadian Travel Press recently travelled to India and Nepal on a G For Good trip to explore social enterprises the adventure travel company visits and supports, and see first-hand how “travel can be a force for good.”

While visiting SASANE, Gurung put the impact of tourism on the local economy into perspective. 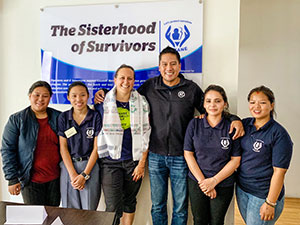 Kelly Galaski and Bruce Poon Tip with some of the members of The Sisterhood of Survivors program in Kathmandu, Nepal.

“Nepal is naturally beautiful and many travellers come to see Mount Everest, but at the bottom part of the mountain, we have problems like there are no schools, [and] sisters are going into trafficking,” she told CTP. “When a traveller comes to visit our villages, then it helps to sustain life in the village because we get money through the travellers.”

As part of The Sisterhood of Survivors program, G Adventures travellers visit the SASANE headquarters to learn about their efforts and take part in a cooking demonstration to make a local dish called momos, similar to dumplings.

Of the estimated 24.9 million victims of human trafficking worldwide, 4.8 million cases are related to sexual exploitation, the majority of whom are women and young girls. One of Gurung’s colleagues – in order to pay off her student debt – was forced to work in a restaurant where men were allowed to touch staff. She said getting to know a community of survivors helps the women understand that they’re not at fault, and the organization helps members become less stigmatized by society.

“SASANE, we have a motto that means ‘let’s protect ourselves,’” Gurung said. “We have paralegal skills, our sisters can advocate for us, we have tourism skills, we have culinary skills and we have English skills, and we can get employment and we can survive in society.” 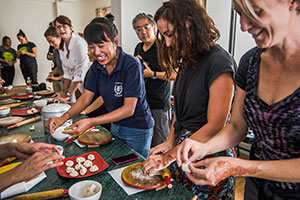 SASANE’s The Sisterhood of Survivors program empowers human trafficking survivors to reintegrate into the workforce by providing training in the hospitality sector. The women teach G Adventures travellers how to make momos (dumplings).

The Sisterhood of Survivors program is just one example of 75 projects Planeterra supports around the world, which are geared at helping local communities earn an income from tourism. This month, after reaching its target of adding 50 more projects to its roster ahead of schedule through an initiative launched in 2015 called 50 in 5 – G Adventures announced the launch of Project 100, with the goal of reaching 100 Planeterra projects by 2020.

This means the non-profit will support an additional 25 social enterprises and small businesses in the next 18 months, impacting roughly 85,000 people each year. The majority of
G Adventures’ itineraries visit a community tourism project like SASANE, supporting women and children, Indigenous cultures or environmental conservation.

“I believe travel can be a force for good and has the power to become the biggest form of wealth distribution the world has seen,” said Poon Tip. “The transformative power of travel is most real when our travellers see first-hand the impact their travel choices have on others, so I’m proud that 90% of our trips will showcase this to our customers first-hand.”

The tour operator has also made a concerted effort to ensure the profits of its tours remain in the communities they visit through the introduction of the Ripple Score, which indicates
what percentage of a tour’s local expenditure remains in the local economy, in its brochures and online tours.

Kelly Galaski, director of programs at Planeterra noted that many of the projects are located in areas that were previously bypassed by tourism.

“They’re near enough to the tourism route that G Adventures can include them into the tours, but they’re just out of the way enough that no one has noticed them before,” she said. “And they really would love to use tourism to benefit their communities, create opportunities and employment and use that income for their own development, but they just haven’t been able to kick-start their own business for access to that market.”

Although the projects were initially focused on Asia, Africa and Latin America, she said they extended their reach since, “our tours are all over the world, and there are vulnerable communities everywhere.”

For example, one of the most recent Planeterra projects is Nem Adom Fel in Budapest, Hungary.

“This is a wonderful one that was founded by a group that wanted to create opportunities for people living with disabilities and other vulnerable communities in Budapest,” she said.

While in India, the G For Good group dined at Kitchen With A Cause in Delhi. The restaurant was started by two G Adventures CEOs – chief experience officers – Govind Jha and Abhi Chhetri. 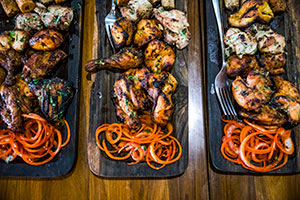 Kitchen With A Cause is a G Values Fund project run by two former G Adventures chief experience officers.

In addition to serving up meals, Kitchen With A Cause provides further career and training opportunities to young adults who are graduates from the G Adventures-supported City Walk project by Salaam Baalak Trust, an organization that aids local disadvantaged youth. Every G Adventures tour in Delhi also takes part in the youth-led walking tour.

“We love changing people’s lives, and we thought our business model should be around it,” said Jha. “We want to be a ray of hope for kids in the future. If they want to build a career in the field of hospitality, we will train them, we will grow them, we will relocate them somewhere into this industry.”

“If you come to the restaurant, the food itself has to be delicious, food is the main thing, but apart from the food, we are serving the cause and the cause is giving opportunities to young adults who were once street children and giving them a life in the future of hospitality,” he added.

For Poon Tip, the restaurant is an example of things coming full circle for the company.

“All the kids working in the kitchen now are from the street kids program, so it’s a full-circle program with us and creating an amazing experience for our customers,” he said.

But it goes deeper than that as Kitchen With A Cause is a recipient of the G Values Fund, G Adventures’ incubator program for CEOs to launch their own business endeavours within the adventure
operator’s supply chain through a low-interest loan. The idea for the fund came to Poon Tip when he was looking for a way to put the profits from his book Looptail to good use.

Describing it as “G-ing up” their supply chain, he said the G Values Fund serves as a way for valuable employees to remain involved with the company after many years on the road as CEOs.

“It’s a very high-pressure job being a CEO,” he said. “We created the G Values Fund where at that part of their career our CEOs who are the best people in the world to deliver our brand because after six or seven years of dealing with our customers every day, knowing what our customers want and the needs of our customers, we train them in our brand and everything we believe in, why would we want to lose that talent?” 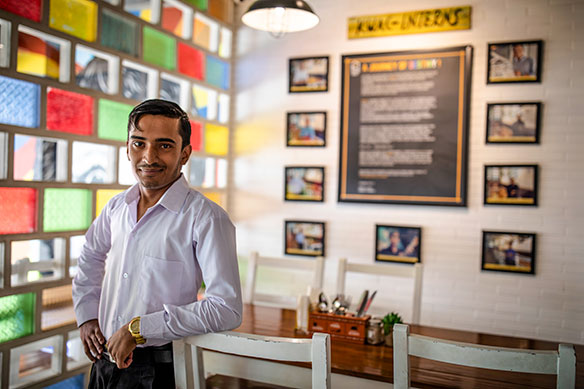 Kitchen With A Cause employs young adults who have been victims of homelessness, trafficking and abuse. Photo courtesy/G ADVENTURES