Agents a driving force as Canadian visits to Caribbean grow 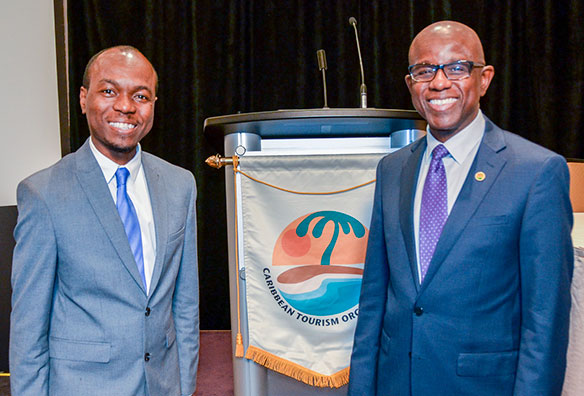 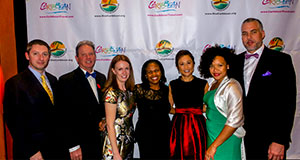 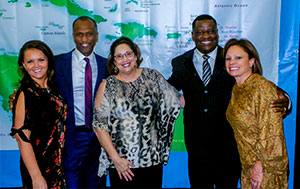 Growth in turbulent times
“Canada was a strong performer during the first half of 2017 with arrivals from this country up 6.4% when compared to the same period in 2016. This was a significant rebound from an uncharacteristically feeble performance in 2015 where our tourist arrivals from this country fell by 3.4%. Thankfully that has changed,” he says. “It’s still to early to measure specific effects of the hurricanes since the October numbers aren’t yet in, but The Conference Board of Canada expects a transfer of demand from affected to unaffected countries with the overall impact likely to be minimal.”
Citing economic stability in the market, the expansion and inauguration of flights by major carriers, and new marketing and product development initiatives as some of the factors contributing to the growth, Riley says overall international tourism to the Caribbean grew by 5.2% during the first half of 2017, much higher than the predicted rate of 2.5%-3.5%.
“Understandably, the impact of the hurricanes, which severely affected travel to a few of our destinations, along with the widespread coverage they received and the lack of understanding of the geography of the Caribbean triggered a slowdown in travel,” he says. “Consequently, we at the CTO have lowered our forecast for 2017 to between 1% and 2%, with a similar growth rate projected for next year.”
However, according to figures from The Conference Board of Canada, Riley says Caribbean airlift is expected to be stable with capacity up by double-digits across a dozen Caribbean countries through to July 2018, with several other destinations showing strong growth of over 5%.
“As indicated earlier, some 75% of the Caribbean was completely unscathed by the hurricanes and continued to welcome visitors,” he says. “Already virtually all of the affected countries are reporting that they’re open for business, although not at full capacity.” 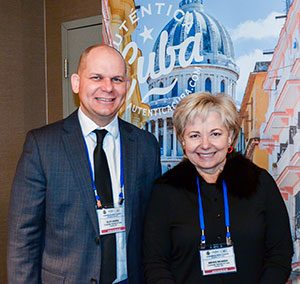 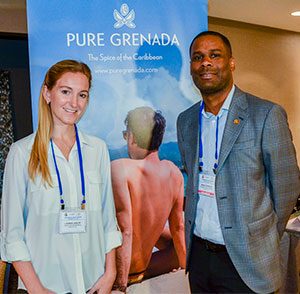 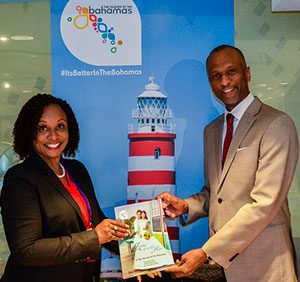 Janet Cuffie and Paul Strachan of the Bahamas Tourist Office

On the path of wellness
Riley also announced CTO’s theme for 2018, The Year of Wellness and Rejuvenation, set to follow this year’s The Year of Adventure and the previous The Year of Romance.
“As you know, wellness and rejuvenation are important aspects of the Caribbean tourism product offer,” he says. “For those who focus on renewing body and spirit, the options are virtually endless from beachfront workouts and yoga retreats to wellness resorts and spa treatments, the notion of being rejuvenated in our part of the world is one more reason to let us pamper you in 2018.”
While sun, sand, sea will continue to draw in Canadian visitors, especially as temperatures across the country continue to dip, he says the annual themes help entice travellers with yet another reason to choose the Caribbean.
“The more popular the Caribbean becomes, the more likely it is that people have been there and done that,” he tells CTP. “People now say I want to make sure this particular trip is different than the one that I’ve had before and that kind of customization comes from the expertise of people who are trained to sell the Caribbean or to sell that particular destination. That’s why you need a travel agent.”

Open for business
While some Caribbean destinations are still working on a timeline for when they’ll be prepared to again welcome visitors, Riley says it shouldn’t impact Canadians travelling to those areas that weren’t affected or have rebounded from the hurricanes, similar to how a snowstorm in Halifax wouldn’t prevent a traveller from visiting Toronto.
Looking ahead, he says the CTO is collecting funds to launch an aggressive campaign geared at attracting visitors to the region and getting the message out that it’s business as usual in most areas.
“Help spread the word that the Caribbean is open for business,” he says. “Together let us invite everyone to help themselves to some Caribbean rejuvenation and remember the best way to help the Caribbean is to visit the Caribbean.”