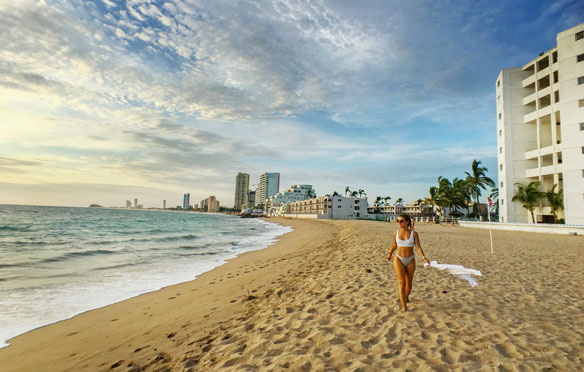 Two veteran Toronto-area travel agents are predicting that the reported impending closures of Mexico Tourism Board offices in Canada and elsewhere will be damaging to Mexican efforts to attract foreign visitors, while one tour operator expects such a move would have little effect on its Mexico program.

Officials in Mexico’s newly elected government – who have publicly stated they are looking at areas where cost-cutting can be made – have said they want to restructure tourism promotion and that “the promotion of the country [as a tourist destination] will continue, but with a more efficient spending.”

Such a move has already been criticized by some in Mexican tourism, who believe it would lead to a downgrading of tourism in a country which sees huge tourism revenues.

The statement didn’t give dates for the possible closures of the dozens of Mexico Tourism Board offices outside the country or how staffing will be effected.

Canada has Mexico Tourism Board offices in Montreal, Toronto and Vancouver. Those offices frequently participate in trade shows and help regional Mexican tourist boards host events in this country.

“Personally, I think it will hurt the tourism sector in Mexico. The Mexican tourism office here in Toronto has been invaluable to me and my clients over the years,” says Uniglobe agent Ethel Hansen Davey, who frequently visits the country and attends its annual tourism show.

Hansen Davey says she hopes the “new government will see the error of this decision.”

Rudolph Nareen of Astor Travels says closing the offices would be a “bad” move, adding the Toronto office is “doing a very active job” promoting Mexico.

Nareen doubts having the Mexican embassy in this country handle tourism promotion would be as effective. He questions whether embassy staff will be as knowledgeable about the country’s tourism industry as Mexico Tourism Board employees, whose careers are devoted entirely to tourism.

However, Bruce Hodge of Goway Travel says that tour operator’s Mexican itineraries were designed for independent travellers and it also has long-stays in Puerto Escondido.

“The closure of the tourism board in Canada would only have a minor effect on Goway, unlike the sun-and-sand operators, whom I’m sure will be disappointed.”

Goway Mexico trips tend to be niche “and should be resilient in this case,” Stasiuk continues.

Closing Mexico Tourism Board offices would come at a time Mexico’s tourism industry is particularly strong, drawing huge numbers of Canadians and others to a country that is one of the 10-most visited countries in the world and advancing in that select list.