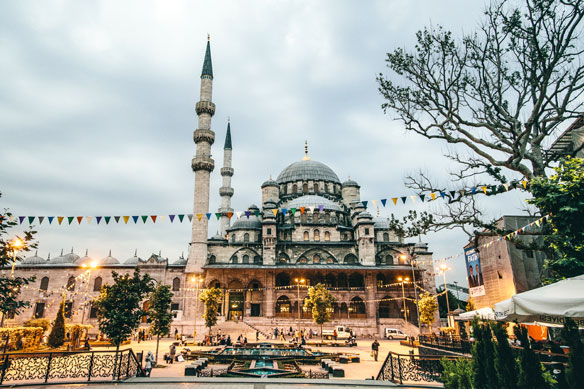 Napoleon demonstrated his appreciation for the city when he stated that, “If Earth was a single state, its capital would be Constantinople,” as Istanbul was called for much of its existence, while Roman emperor Constantine made it the capital of the Roman Empire, choosing it for that role in part because of the city’s location, which sees part of the city in Europe and part in Asia.

The city long bore Constantine’s name when it was called Constantinople, only to eventually be renamed Istanbul, with Istanbul-based tour guide Hakan Baykara saying Istanbul’s Roman era was a particularly lengthy one. 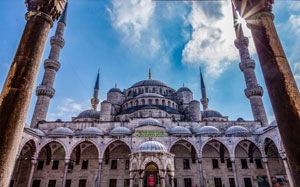 The city was previously called Byzantium, and historians are quick to note the Romans, Greeks, Persians and the Ottoman Empire are among those who shaped it.

Indeed, some of the city’s long history is literally unearthed when major construction projects are undertaken.

“They [ancient traders] all crossed here. They [construction crews] dig and they find something [of archeological value]. There are reminders of different civilizations buried on top of each other,” says one Turkish Airlines official.

Among still-standing demonstrations of Istanbul’s glorious past is the Blue Mosque, which Baykara notes has more than 18,000 ceramic tiles embedded in it, over 200 lower stained glass windows and six minarets, rather than the usual four found on mosques. The mosque, hugely popular with tourists, continues to hold services. 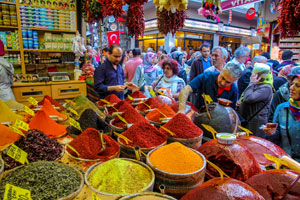 Nearby is the also imposing Hagia Sophia, which began life as a Greek Orthodox Cathedral, later became a mosque and now serves as a museum.

The Topkapi Palace dates back to the 15th century and served as a residence for Ottoman sultans. It’s now a museum.

“This is known as the queen of the cities. The ancient travellers and traders always said that,” Baykara says of a title given to his hometown because of its beauty.

Another tourist highlight is the famed Grand Bazaar, which Baykara reports consists of “22 gates, 65 streets and over 4,000 shops. It’s the oldest ancient market still going.”

Baykara notes that Istanbul is separated by the Bosphorus Strait, leaving part of it in Europe and part in the Orient and making it what he calls the “ultimate meeting point” between East and West, and leads him to describe himself as “Eurasian.”

Meanwhile, Istanbul has won over Sally Mikhail of GM Tours.

“When you visit the city, you connect with people from your first minute. Turkish people are known for their fantastic cooking skills, hospitality, their timeless traditions and culture,” she says. “Even though traditions are very important in Turkey, Turkish people also know how to let loose and have a good time.”

“Above all, Istanbul is a city full of history. Apart from the Imperial Ottoman architecture all around Istanbul, you’ll also find the remarkable remnants of the Byzantine era. 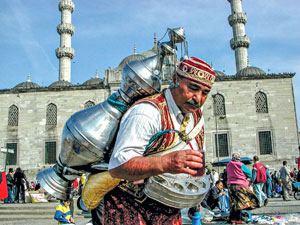 “And we can’t talk about Istanbul without mentioning the Bosphorus, the famous strait that separates Europe from Asia. Take a Bosphorus cruise to really experience the water, as well as amazing views of the city.”

“Seated at the centre of the world, Istanbul has always been a prime location for visitors, but its convenience is only a small reason people visit one of the world’s most cosmopolitan cities,” Jones says. “Carrying the melodic sounds of the call to prayer and the noise of a bustling city, Istanbul, gripping both Asia and Europe, separated by the Golden Horn River, is one of the most diverse cities in the world. Whether you want to visit world famed mosques, visit a local hammam or shop the bazaars, there is something for every traveller.”

Turkish Airlines has six weekly Toronto-Istanbul flights and three flights a week from Montreal to Istanbul.