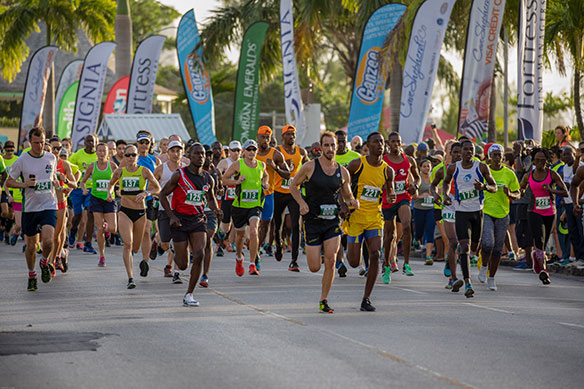 Barbados is happy to host people who are on the move.
Barbados Tourism Marketing Inc. is promoting Dec. 7-9’s Run Barbados festival, which features a one-mile walk and 5K, 10K and half-marathon running races, a celebration of athleticism in a destination best known for its sun-splashed beaches.
Long-running Run Barbados attracts Canadians and others from around the world eager to lace up their running shoes in warm weather as winter weather sets in in northern climes.
“I think Run Barbados has been a very attractive option for Canadian runners,” says Peter Mayers, who oversees Barbados Tourism Marketing Inc.’s Canadian office. “We’re trying to position this as the best
way to end your year of running – end with the best.
“It remains a staple on the calendar,” he says. “We want to show how the island is able to put together this world-class event.”

Feel the atmosphere
The Canada Running Series, which organizes running races across this country, is involved with Run Barbados and will Canadian Olympians Natasha Wodak and Sasha Gollish again participate in Run Barbados.
Runners of all levels are invited to participate.
Barbados Tourism Marketing Inc is hosting a contest that will see a travel agent from this country win a five-night trip for two to Barbados and the visit can coincide with Run Barbados 2019. The winner can participate if the winner wishes but Mayers adds he or she doesn’t have to.
However, if the winner is a non-runner he or she is welcome to be watching alsongside course routes, getting a “feel for the whole atmosphere,” Mayers continues.
He or she can also travel another time in 2019.
The winner will stay at the Courtyard by Marriott, found on the southern part of the island.

Remarkable attractions
Mayers says the winner will see other parts of his destination, including its varied coasts, among them the east coast, which he praises for it “pristine beaches” and which attracts surfers. The west coast – sometimes called the Platinum Coast – has more tranquil water , he adds.
Other island highlights include Harrison’s Cave, a remarkable underground cave system that visitors explore by tram. Another subterranean experience is Animal Flower Cave, which Mayne says has visitors “descend 20 to 25 steps and experience a cave that pretty much looks out onto the north side of the island. Nova Scotia is the next land “mass”.
Mayers says Barbados’ tourist trade has has “an encouraging year and we want to thank those travel agents for their support. We work very closely with travel agents about bring awareness of the island.”
Mayers and his colleagues are proud of the likes of the culinary scene in Barbados, soft adventure opportunities on the island and local culture underscored
by its many festivals, such as Run Barbados.
However, warm weather and beaches remain at the core of Barbados’ tourist trade.

Making a splash
“Barbados has some of the most beautiful, pristine beaches in the Caribbean because we’re not a volcanic island,” he says. “We expose visitors to some wonderful beaches.”
And those beaches may be appreciated by Run Barbados entrants who may want to cool off after crossing the finish lines, he continues.
“There’s a beautiful strip of beach immediately adjacent to the finish,” he reports. “That [jumping into the ocean] is an option for people who finish their run.
“They can run and then have some fun.”
(www.runbarbados.org)
(www.visitbarbados.org) 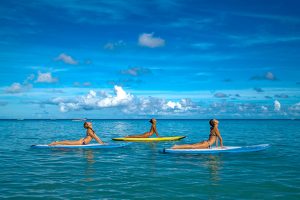