Home › Digital Post › San Jose is worth more than a stopover

San Jose is worth more than a stopover 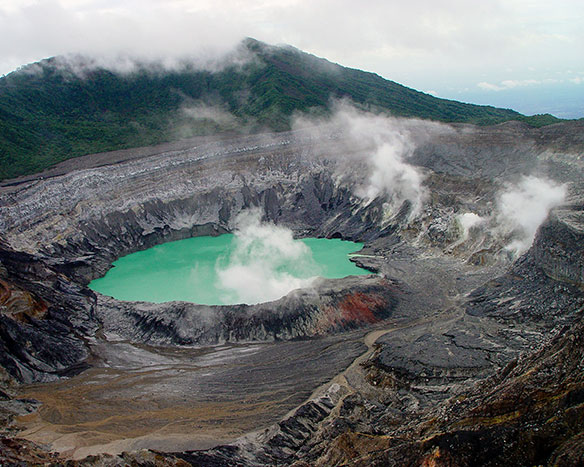 I was a little dumbfounded standing in the middle of a staircase inside the National Theatre of Costa Rica in San Jose as a complete stranger pressed a five-dollar bill into my hands and insisted it was mine to keep as I tried to give it back.

“You’ve been given a very special gift,” said local tour guide Vinicio Viquez, explaining that the now defunct five colones banknote depicts the Allegory of Coffee and Bananas – an oil on canvas masterpiece displayed on the ceiling of the iconic building that dates back to 1897. “It’s considered one of the most valuable works of art located in this theatre, and probably the most famous and emblematic of this site, along with being one of the most famous murals in the country. It’s considered, together with the theatre, a part of Costa Rica’s national identity.”

Showcasing the significance coffee and bananas had on improving the local economy, the painting is also known for its imperfections – such as the fact that the bananas are portrayed upside down.

“In 1968, the painting was reproduced on the reverse side of the Costa Rican five-dollar bill,” he said. “USA Today catalogued the ceiling in the National Theatre as one of the ten most beautiful in the world, thanks to this and other paintings and ornaments located in the theatre.”

Describing the attraction as a main architectural jewel of San Jose, Viquez said its construction “represents the decision made by Costa Ricans at the time to take action and revive the country’s economic stability brought by the coffee harvest and political standings.”

Often regarded as simply the capital city to fly in and out of on a Costa Rican adventure, the National Theatre of Costa Rica is a prime example that it’s worthwhile to spend time in and around San Jose. Along with exploring the land of sloths, cloud and rain forests, toucans and volcanoes, here are a few ways clients can enjoy la pura vida in the Central Valley. 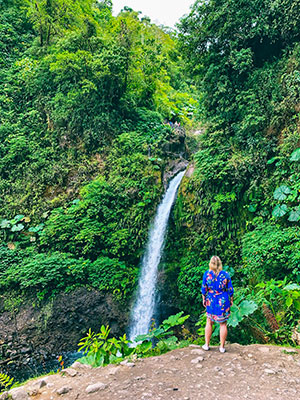 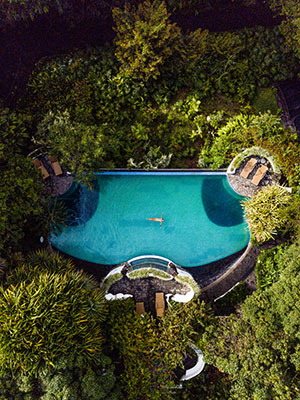 Travellers don’t have to venture far to take in some of the scenic nature and wildlife that has made Costa Rica a must-visit destination. Located in a national park, one of the most accessible volcanoes to admire is Poás Volcano. Although the country is home to 142 volcanoes, only five of them are active, and Poás is one of them. The volcano features a crater lake, which depending on the level of activity and time of year can be a vivid shade of turquoise. Visiting Poás Volcano National Park can easily be combined into a day trip from San Jose along with some nearby attractions that are bound to appeal to nature lovers and photo enthusiasts alike.

Before continuing on to visit La Paz Waterfall Gardens, it’s worth it to take a pit stop and fuel up at Soda Y Mirador Cinchona, which features an outdoor seating area with spectacular views of a nearby waterfall and a slew of bird feeders buzzing with hummingbirds and toucanets. Oh, and the food is delicious, too.

At La Paz Waterfall Gardens, a privately owned ecological attraction, there are not only five waterfalls to discover, but a butterfly observatory, frogs, and an animal sanctuary with over 100 species of rescued animals ranging from monkeys to jungle cats.

An option for those looking for a home base in San Jose is Hotel Grano de Oro, which was started by a Canadian couple. Housed in a large Victorian home, the hotel features unique rooms and outdoor whirlpools with views of the Central Valley skyline. Guests would be remiss to skip out on breakfast in the courtyard. 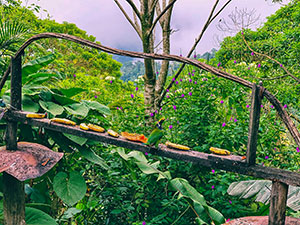 Soda Y Mirador Cinchona is a hidden gem for birders

Costa Rica is a hot spot for ecotourism, and that’s a key focus for Finca Rosa Blanca Coffee Plantation Resort, a National Geographic Unique Lodge of the World. Owner Teresa Osman, a former public school teacher from New York, said the family-run business was started by her mother-in-law more than 30 years ago. For those looking for accommodations full of character and art, most of the 14 guest rooms and villas are accented by colourful tiles and murals. The property is anything but cookie-cutter and features an outdoor swimming pool overlooking luscious green landscape. The resort is conveniently located 15 minutes from the international airport, but feels miles away, secluded in the mountains of Santa Bárbara in Heredia.

Finca Rosa is also home to a sustainable forested coffee plantation. Guests can partake in a walk through the premises to learn about the harvest process, complete with a taste test. Even those who aren’t spending the night should drop in for a garden-to-table meal utilizing fresh local ingredients at the outdoor terrace of El Tigre Vestido, a restaurant that is open to the public. Dishes incorporate ingredients from its orchards, organic gardens and the coffee plantation. “We try to grow as much as we can, then buy the rest from local farmers,” she said. 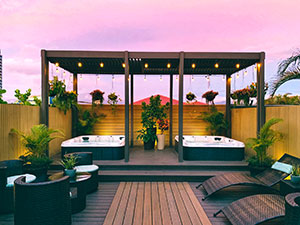 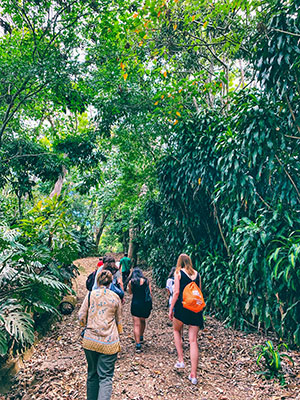 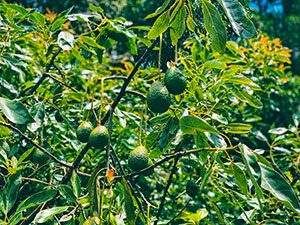 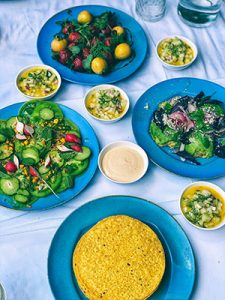 The hunt for green avocados

Although Costa Rica has long been known for its wellness and ecotourism offerings, it isn’t as recognized internationally for its gastronomy. Particularly in San Jose there is a thriving culinary and craft beer scene and across the country there is a push to take advantage of the wealth of produce grown across the destination.

Along with staples like pineapple, bananas and macadamia nuts, there’s everything from passion fruit and soursop to mangoes and star fruit. Some of the best places to experience the fresh fruits and vegetables is by visiting local fincas (farms) or markets like Feria Guadalupe, San Jose’s largest farmer’s market. Stop by for fresh juices like orange juice with mozote, a plant with lots of health benefits. For a tasty snack, grab some pupusas, a thick flatbread from El Salvador stuffed with cheese or meat, at the adjacent Pupuseria Salvadorena.

Costa Rica also produces multiple varieties of avocados, but the quantities aren’t enough to export, so visitors can only have Costa Rican avocados in the destination. For avocado lovers and birders, one option is Cedrela EcoLodge, which grows 60 tons of avocado per year. The property, a mere 36 km from San Jose, has an avocado-centric restaurant serving local cuisine and offers tours of the premises and farm. There are also nine rooms for guests seeking a rustic option to stay. This is a popular choice for birders, as it’s possible to spot the elusive colourful quetzal nearby.

To try a variety of local fare, head to the Mercado Central or visit any local sodas, affordable low-key establishments. Some worthwhile choices include Horchata, a white milkshake-like beverage made from jicaro seeds ground with rice and spices, sweet corn pancakes (chorreada), a warm sugar water said to give you energy (agua dolce) and a puff pastry sandwich often served with roast beef (arreglado).

For some modern restaurants to try utilizing the farm-to-table ethos, grab a bite at Al Mercat. Chef Jose Gonzalez utilizes his family farm within the city limits and local farmer’s markets to create fresh farm-to-table fare. Another option serving local dishes is Silvestre, a restaurant housed in a 1930s mansion. The rotating multi-course menu complete with wine pairings is recommended. For a dinner experience, visit the new Sikwa restaurant, which makes indigenous food from communities in Costa Rica.

Another worthwhile stop is Mercado Escalante, a hip food hall market with giant murals serving up everything from coffee to seafood. 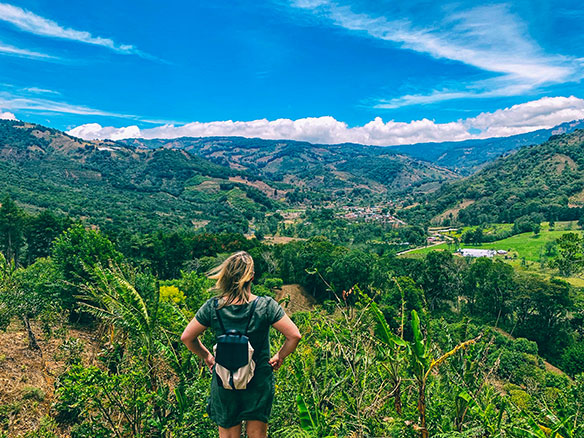