Home › Digital Post › See you soon in St. Kitts — but not yet

See you soon in St. Kitts — but not yet

St. Kitts Tourism Authority’s CEO on why the Caribbean destination isn’t ready to roll out the welcome mat yet 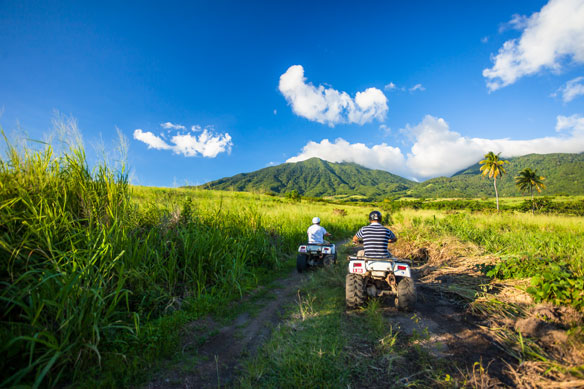 Unlike its neighbours in the Caribbean, St. Kitts isn’t quite yet ready to welcome back international travellers. Racquel Brown, CEO of the St. Kitts Tourism Authority, said the destination remains closed for air and commercial traffic and no official date has been set for reopening in part because its tourism offer is designed to get travellers to explore beyond the confines of hotels and resorts. 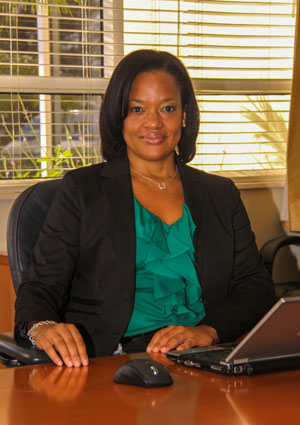 “One of the reasons is we had no deaths and we only had 15 cases. A lot of the other Caribbean islands that are reopening before us, they have one or two different types of tourism product, neither of which we have,” Brown tells Canadian Travel Press. “They either have all-inclusive resorts — and there are no all-inclusive properties in St. Kitts — or they are like The Bahamas, where they have Atlantis and Baha Mar, where basically all of the needs of the visitors can be met on the resort — retail, restaurants, snack bars, entertainment. Specifically for St. Kitts & Nevis, we are a destination that you stay in your hotel and it has several restaurants, but we want you to go out and explore the destination.”

In anticipation of reopening sometime in late summer/early fall, Brown says those in travel and tourism in St. Kitts are focused on making sure the industry will be ready across all sectors when the time comes.

“It can’t be like the other destinations where they are actually discouraging visitors to leave the hotel — that’s not what we want to do,” she says. “We’re a little delayed behind other Caribbean countries, but for that legit reason that our tourism is a little different. It’s a traditional tourism product and we want to make sure that when the visitors come they’re not deprived of the experiences we’ve been selling and marketing in the industry.”

The first steps towards recovery will see the destination implement soon-to-be announced health and safety protocols across the industry, and work out any kinks ahead of reopening for international travel to make for a smoother transition.

“Whether you are a taxi operator or a restaurant, bar, a craft vendor, whether you are a beach bar owner, you are a tour operator, we are going through training protocols with them specific to their sector, to ensure that when international travel opens for St. Kitts, we’re not trying to be behind the wheel and doing training to catch up,” she says. 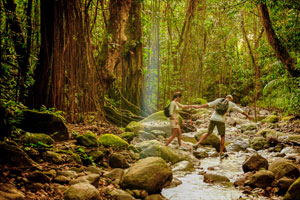 As a relative late comer to the travel industry — tourism in St. Kitts didn’t take off until the mid-2000s after the sugar industry closed — the closure of international travel over the past few months had a major impact on the local economy.

“For the industry as a whole it has been very hard because St. Kitts and Nevis for the last two to three years we’ve grown significantly — we’ve actually grown 100% from 2014 in cruise and in stay over year-to-year from about 2016, for a destination like ours with only 1,800 rooms we’ve grown by about 6.6%, for us that was quite significant,” Brown says. “In the last, I would say 10 years, between 2010 and now there’s been significant growth so this has been a severe economic shock.”

To mitigate some of the impact, the government introduced a XCD$160 million stimulus plan, which she says has helped but can only go so far.

“What the tourism authority is doing in conjunction with the ministry of health is we want to make sure our restaurant and bars, our taxis, tour operators, attractions, and hotels are trained up to serve in this new normal because this is our life now, we have to live with COVID-19, every body has accepted it,” she says. “At some point we have to regenerate the economy and tourism is the quickest way to do that.”

Overall she’s optimistic about the recovery since its controlled approach should help regain consumer confidence in travelling, and says as a low-traffic destination, St. Kitts naturally allows for social distancing.

Prior to the onset of COVID-19, she says St. Kitts had found its groove as a niche market appealing to golfers, which was particularly successful in growing the Canadian market. 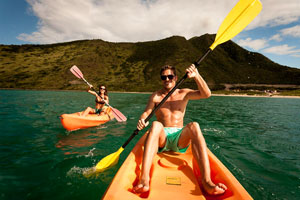 “What we found is that when we were true to ourselves about who we are and we found through the consumer what the demographic was, the one that fits the best was golf,” she says. “We found that appealing to them — they may not necessarily come to play golf — but appealing to that consumer has been the game changer.”

Although it was a “slow creeper,” she says the Canadian market grew so much that Air Canada not only extended the length of its season but had added a second flight to the mix.

“We’ve seen it grow and this season, which was really going to be a bumper season for us, Air Canada actually added, along with the Saturday flight, a mid-week flight on a Tuesday. And the average load factor on that was like 70%. And the other flight was fully booked… so we really started to see the growth of the Canadian market so it’s kind of like a bummer because we were doing so well,” she says. “I am very proud of it because it has demonstrated that you don’t have to do marketing channels like everyone to compete in the noise, you have to really be strategic, and we were and it has worked.”

When travel resumes, she says the airline will start with the one weekly flight.

Although the destination had to put its two planned Canadian fams on hold in the wake of COVID-19, she says the Tourism Authority will continue to work with agents, and they can expect webinars to be announced soon in order to be fully versed about the new protocols and what clients need to know prior to arrival.

“We’re looking for creative ways for St. Kitts to be out there but we definitely know that travel agents are very important for the market,” she says, pointing out that they can also take part in its destination specialist program. 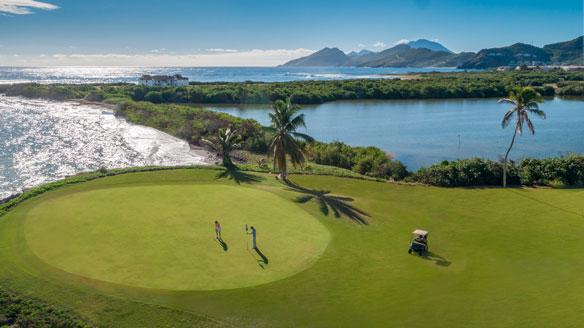