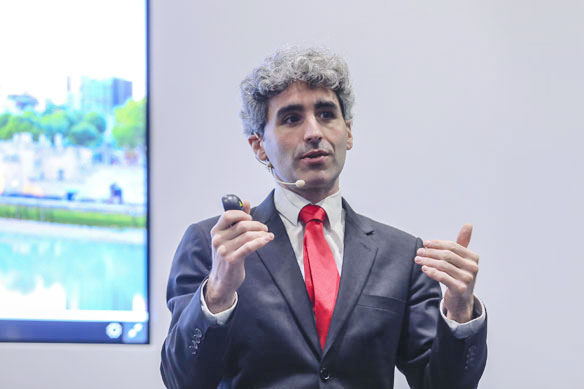 The Brits love to travel!

So much so that the UK’s share of worldwide seating capacity on international flights last year was 6.8%. Not bad for a population of some 67 million and exactly the same share enjoyed by the United States with almost five times as many residents.

But that’s not all.

Fellow European Union countries are the main destinations of choice for British holidaymakers, with Spain leading the way by a large margin, but that could change radically if the UK exits the EU with
no deal negotiated.

And it could spell an incoming Brit bonanza for longer haul destinations around the world. According to new research unveiled at World Travel Market in London, as of early October, forward air bookings from the UK to the EU for the 2019 summer season were running a head 5.7%; the same rate as one year ago.

But, while UK bookings to destinations beyond the EU for the April-September period were up only 4.3% by the beginning of October 2017, this year they’re booming ahead at 28.5%.

The data was gathered by ForwardKeys, which analyzes more than 17 million flight booking transactions a day, drawing information from all the major global reservations systems, as well as selected airlines and tour operators.

ForwardKeys VP Olivier Ponti told a WTM briefing that the forward data shows it’s “business as usual” on the demand scale in the UK market, but the preliminary figures appear to show a shift towards non-EU destinations and the US is looking to be a major beneficiary.

Since the last presidential election, travel and tourism to the United States has noticeably failed to keep up with global growth trends, with the number of international flight arrivals decreasing by 1.5%, while the rest of the world achieved a 4% growth rate.

However, this Christmas UK holidaymakers look set to reverse the trend of declining interest in Visiting the USA. Current bookings to Miami are up 39.6% on last year, while Orlando is showing a 14.3% hike and New York looks set to welcome 2.9% more Brits for the festive season.

“This is particularly good news for the US, which has registered a 3.3% decrease in air arrivals from the UK for the January to September period,” said Ponti, who added, “We see two main booking patterns – one seeking a ‘white Christmas’ – and the other a ‘hot Christmas’ and bookings to the US are looking good for both categories.”

Citing the “Trump factor” as a possible reason for the 18-month visitation decline, the insights vice president stated, “People are now getting used to this president and reverting to previous buying patterns.” And he noted, “The image of the US may not have improved, but the decline couldn’t last forever because Brits like the destination too much.”