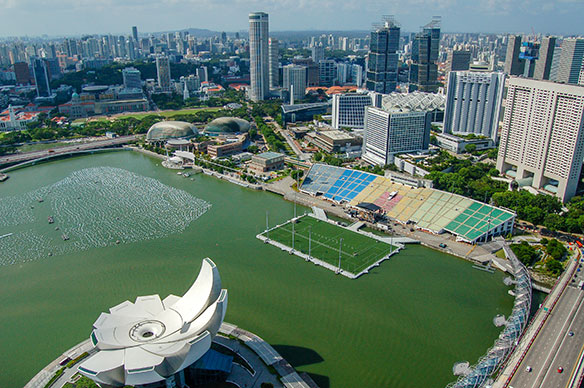 Canadian travellers who are flying to Singapore know they have a long trip ahead of them, and that they will have to make a stop somewhere en route. The question they may want to consider is: do you want to make that stop early and get it over with, before crossing oceans to reach your final destination? Or do you want to wait until after the trans-oceanic sector before groggily deplaning and transferring to your connecting flight to Singapore from somewhere in Asia?

Singapore Airlines suggests option one makes the most sense for long-haul fliers from Canada. It is offering flights to Singapore from three cities in the United States: Newark/New York, San Francisco and Los Angeles. Given this access, Canadians can book a relatively short “commuter” flight from Canada to one of these three cities to connect to their SQ departure.

In return for choosing this route, SQ travellers get nothing less than a full rethink of the long-haul flight experience. Service procedures have been revised and enhanced to account for the long hours spent in the air flying from North America to (or from) Singapore in Southeast Asia.

On most of these flights, this is accomplished with one of the new Airbus A350-900 Ultra Long Range (ULR) that Singa-pore Airlines has recently purchased. These have been specifically designed to bridge the gap between North America and Asia as quickly and easily as possible.

The A350-900 ULR is capable of flying further in commercial service than any other aircraft, with a range of up to 9,700 nautical miles, or over 20 hours non-stop. SIA has ordered the aircraft to be configured in a two-class layout, with 67 business class seats and 94 premium economy class seats.

Sleep strategies
Passengers in both classes have access to videos loaded into the inflight entertainment system that have been created with the participation of award-winning Canyon Ranch Resort & Spa of Arizona. These focus on ways to maintain health and wellness during the flight with described, illustrated exercises that promote better blood circulation, fewer joint and muscle aches and more relaxed sleeping.

Also, the aircraft has a lighting system composed of over 16 million LED lights that is precisely adjustable to mimic day/night cycles, to help prepare passengers prepare for time zone changes. These “sleep strategies,” in particular, have been very well received, says James Boyd of the SIA office in New York.

The inflight menu has also been advised by Canyon Ranch with those same wellness goals in mind. For instance, passengers in the business class cabin can look forward to enjoying a meal that includes prawn ceviche and lavosh (with orange, cucumber, grapefruit, cilantro, scallions, bell pepper), as well as braised pork with citrus (with white bean cassoulet, spinach and parsley Marcona gremolata). These menu items have been developed through the Canyon Ranch partnership, and are offered on the Singapore-Newark non-stop flight.

The lie-flat seats in business class are arranged in a 1-2-1 configuration, giving all passengers access to an aisle. The MyKrisWorld app syncs with the inflight entertainment system, so that a program that was cut off when a flight was ending will automatically start up again at the same spot during the passenger’s next flight on Singapore Airlines. Who needs to sleep? 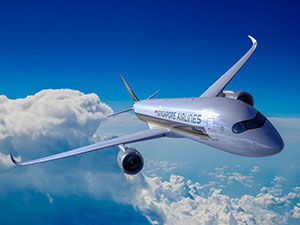