A Golden Year for Princess Cruises 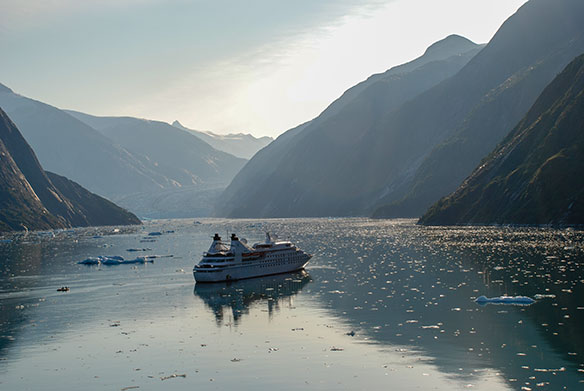 Fifty years ago, the Princess Italia carried the company’s first cruise passengers to Alaska. This year, as the leader in Alaska cruising, Princess Cruises will celebrate the Golden Anniversary of its Alaska cruising by offering 134 voyages on seven ships sailing with six different itineraries.

Alaska has become one of the most popular cruise itineraries, attracting travellers from around the globe. Alaska carries the anticipation and excitement of discovery of what many feel is the last frontier of North America.

It was only after my recent, and first, voyage to Alaska on the Emerald Princess that I fully realized how fulfilling the experience would be.

It is a genuinely unique world. Every port is the epitome of what you would hope to expect from a visit to small-town America. The people are not only super friendly – they genuinely appreciate that visitors have chosen to visit them.

Spectacular scenery
Sailing through Tracy Arm Fiord can be breathtaking at times. It fulfills the dream of wide open spaces, often referred to, but seldom experienced.

The ship slows as it moves past the ice floes in the inside passage towards the ultimate reward further ahead, allowing time for photography, and contemplation of the unique universe that is passing before you.

There is a silent eeriness, broken only by the voice of the ship’s narrator pointing out the wildlife in the waters and on the hillsides encasing the Princess. As guests come out to their balconies or gather on the open upper decks in order to be able to move back and forth to both sides of the ship, it is quiet, with conversations often spoken in whispers.

The ship pauses to allow guests time to take in the majesty of Sawyer Glacier before it sails away to seek other Alaskan discoveries.

Everywhere we went, we were greeted by similarly powerful views of mountains, lakes, and streams.

The White Pass & Yukon Railroad tour out of Skagway on the narrow gauge 914 mm track, carried us to the Canadian border – through some of the most dramatic turns, drops, and scenic vistas one can imagine. Designed by Canadian Michael James Heney in 1898, it has been designated an International Historic Civil Engineering landmark.

Guests Herb and Barbara Perlich, who have been on eight Alaska cruises on Princess Ships, highlighted their Alaskan journeys in spiritual terms. “The scenery is awesome. It makes us feel we are as close to God as can be. It is just magnificent,” Herb said.

The side tour to George Inlet Lodge for their “all you can eat crab feast” was scenically satisfying as well, but perhaps not as much as the never-ending plates that kept coming to our tables. Later, we reveled in the competitive rivalry of lumberjack teams showing off their skills.

Princess Dining, fit for a king
Meals on the Emerald Princess are no less magnificent.

With eleven different dining options, ranging from seated dining, to large buffets, a pizza outlet, ice cream bar, gastropub, plus a couple of specialty restaurants, the invitation to gastronomic delights are all-encompassing.

Consistency does not happen by chance. Executive Chef, Giuseppe Pollara explained, “Before we start the dinner services, we have a food testing. We prepare the entire menu. Then myself, my Sous Chef, and the Food and Beverage Department taste everything to make sure it is perfect. We make adjustments if we need to.” He added, “In the dining rooms, we don’t prepare anything in advance, because it could jeopardize the quality”.

Sea days are see days
These days often make for the best opportunity to meet other people, and can be the best sightseeing days of the trip. This was especially true of our Emerald Princess Alaska sailing.

We were able to sight whales swimming towards us a number of times. Then, as though waving goodbye, they would slap their tails in a dive that suggested they might see us later.

On the ship, there is never a lack of things to do. The Emerald Princess had an excellent gym, a spa, a large casino, plus activity options that were both interesting and informative. An outdoor theatre on the pool deck showed current movies on a large screen reminiscent of old drive-in theatres.

My first Alaskan experience has whetted my appetite for more. With Princess cruise options that include multiple day land excursions, the idea of going back to Alaska provides plenty of motivation for future consideration. 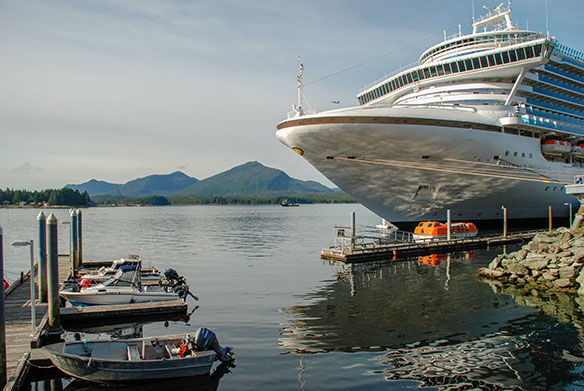