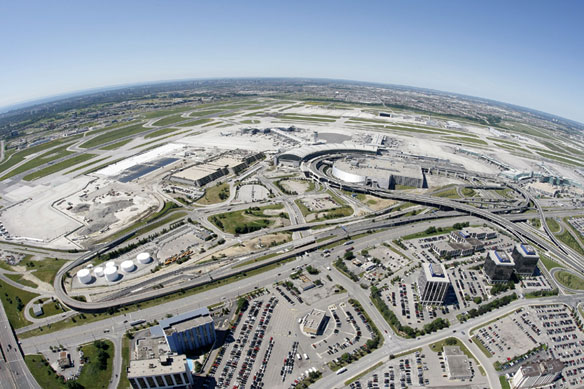 Two tour operators that send clients to the United States are suggesting that clients who are nervous about possible lengthy lineups at security clearances at US airports during the US government shutdown should make a point of arriving earlier than normal for the checks.

US government Transportation Security Administration (TSA) staff who handle checks both at US airports and airports in other countries that have US customs pre-clearance are still at work, but aren’t being paid.

There have been news stories stating that waits for security checks are longer than normal because of the situation, with some reports suggesting that some disgruntled TSA employees are calling in sick to help pressure politicians into resolving the dispute.

Christy Kurian of Sunspots Holidays told Travel Courier that he can understand the anxiety some people now feel about the US security checks and possible lengthy waits.

But he said those checks shouldn’t disrupt travel.

“It [the waits] are above average but people are boarding the planes on time,” said Kurian, who suggested the mainstream medium is painting a picture of “havoc,” which simply isn’t the case.

Kurian said Sunspots is sending fewer clients to the U.S. because of the current situation, frustrating to the company.

It’s understandable that people have concerns about U.S. travel at this time, Kurian added.

The suggestion that Canadians air travellers allow for extra time when travelling to the United States was echoed by Royal Scenic’s Harold Ho.

“We always do our best to advise them to purchase travel insurance for extra protection and also to allow extra time while navigating through immigration or security en route to their destination,” he said.

Ho said the current situation isn’t “ideal” for those who have a stake in travel to the US, with “stability and safety” seen as all-important.

Sana Keller of Pulse Communications, which serves as Canadian representative for five US tourist boards, said she’s encouraging Canadians to still travel to the US, but “exercise lots of patience and plan ahead, giving lots of time when travelling to the USA.” Keller said those travellers should “have an open mind, and be cooperative.”

Meanwhile Kurian offered a message of “respect” to those TSA staffers who are continuing to work, even though they’re not being paid.