The evolution of ME 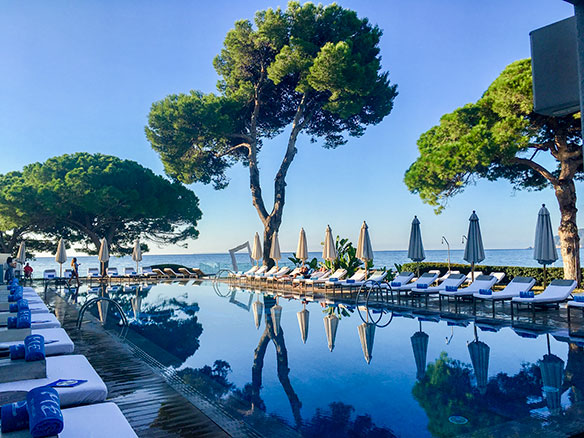 (Photo above:The main pool at the ME Ibiza)

“Listen, travel agents are dead,” says Tony Cortizas, VP of global brand strategy for Meliá Hotels International, pausing dramatically before continuing. “No. They’re a major driver for the company. I think their role is changing, but I’m 20-something years in the leisure industry, and I’ve been listening to that story of travel agents going out of business for a long time, and it’s obviously not happening.”

In the same way that agents are tasked with remaining relevant by bringing value to customers in terms of service and expertise, he says Meliá Hotels International, which has more than 370 hotels in 40 countries, must also continue to evolve to meet the changing needs of the consumer. 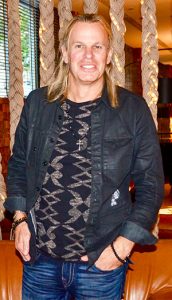 In fact, as the Spanish hotel chain’s lifestyle brand, ME Hotels by Meliá, rings in 10 years, Cortizas says it’s all about changing it up to remain relevant for another 10 years and counting.

“The ME brand does stand for something very different,” he said, in a discussion with Canadian Travel Press held at the newly refurbished ME-Madrid Reina Victoria, which was the first ME branded hotel to have opened in Europe. “We celebrated our 10-year anniversary, but we’re not taking it for granted. That’s why we’ve been working super hard on the brand over this last year. We’re creating a really strong plan to continue to evolve and develop for the future because there’s an evolving customer base out there.”

Beyond the bedroom
The initial concept behind the lifestyle brand ME was actually to cater to the guests’ experience outside of the hotel rooms.

“The lifestyle idea is shrouded in mystery, but at the end of the day, it’s kind of presenting a lodging experience that’s about anything but the rooms, really, because the rooms are functional, you must have a good one,” he says. “If you’re selling luxury, you must have all the quality linens and mattresses and service and everything that goes with that, but when it comes to the lifestyle, this is much more an extension of how I want to live when I stay at a hotel because I don’t want to change much about anything when I do.”

The idea was based on the lifestyle movement and building a hotel product around the consumer psychographic – before there was ever a bricks and mortar hotel in the works.

Although the concept continues to expand, art, culture, design and curating spaces that are enjoyed as much by locals as the hotel guests, are key elements of the brand.

He says it was also integral to develop a level of natural interaction where hotel guests felt that they were talking to a peer as opposed to a concierge. 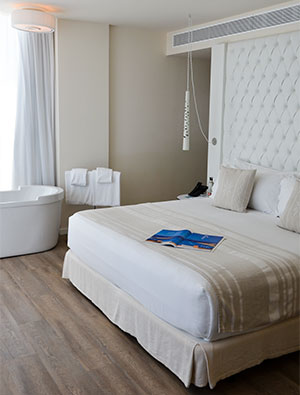 A room at the ME Ibiza

The next generation
With an evolving customer base, he says the brand must now focus on evolving ME to remain relevant in their offer.

“The picture of lifestyle has changed. It’s changing dramatically. It needs to be far more culturally relevant. It needs to be much more authentic, more organic, more sustainable, the champagne parties and the Bali beds are still loads of fun, they still do really well and they’re not going away and back in the 90s, that was the aspirational lifestyle that everybody wanted… but the younger generations coming through, the millennials now, they don’t subscribe to that,” he says. “They kind of want to save the world, they want something more thoughtful, something more intelligent, something more engaging, and they want to discover when they travel.”

As the brand moves ahead, one of the changes will see ME seek out partnerships with more authentic and culturally relevant brands in things like its culinary and artistic offerings, rather than working with big international companies.

“The need for cultural programming in our hotel is changing,” he says. “What we need to do now in our properties is to make them relevant. So relevant as a place to dine, to be entertained, but also to experience culture, to experience art, the destination. With the number of brands that are coming out, ordinary brands don’t work and will not work 10, 15, 20 years from now. They will get consumed.” 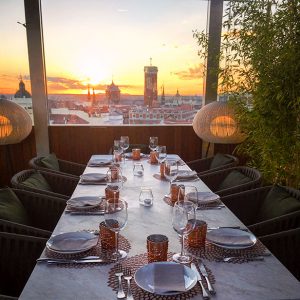 Dinner is served with a view at the ME Madrid Reina Victoria, which was the first ME-branded hotel to open in Europe.

Standing out from the crowd
Cortizas credits the European essence of the brand as a top way it stands out from other lifestyle hotels such as W and The One Hotel Collection, which are predominantly North American.

“We’ve always been a bit different from 2007 until today because we’re a European company, we come from the Mediterranean, so we understand Ibiza,” he says. “Ibiza is interesting because that brand is now being exported globally as a lifestyle brand.”

While the likes of Airbnb can continue to compete with hotels in terms of rooms, he says it’s the offer beyond that, which simply can’t be replicated.

“The thing that none of these people has is a venue, none of them,” he points out. “They might own a room in the city, or sell a room in a city, but they’ll never have the venue and what we need to understand as hoteliers (especially in destinations but even in leisure destinations)… what we do with our restaurants, rooftops, lobbies, pool experiences, beach clubs, what we do with our venues outside of the actual room because they can always compete with you on the room, but they can’t bring the service and they can’t bring the total experience that a hotel can bring.”

What’s next for ME?
Several locations are in the works, including Sitges, which is slated to open this year, ME Dubai, a Zaha Hadid project, and Caracas, Venezuela, set for 2018, and properties in both Barcelona and Doha expected to come online in 2019. Although nothing was set in stone, don’t be surprised to also see projects in the works in Bangkok and Shanghai.

As for the company’s other brands, Cortizas confirmed a 79-room Gran Meliá was in the works in Venice, and there’s lots more in the to come.

“We’ve got a robust pipeline. In AsiaPacific, that part of the world, it’s really pretty heavy. We’re opening about 40 hotels in the next 18 months or so,” he says. “Europe and the Middle East, we’re very strong and we’re still adding. Not so much in Spain, but certainly in the other markets so the UK, France, Germany, and other countries. But AsiaPacific and then selective growth in North America is where we’re most focused.” 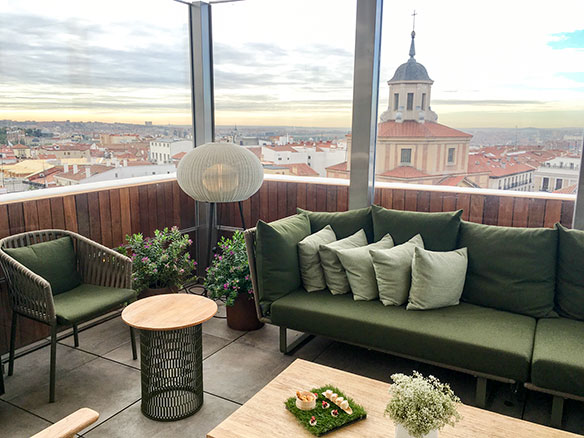