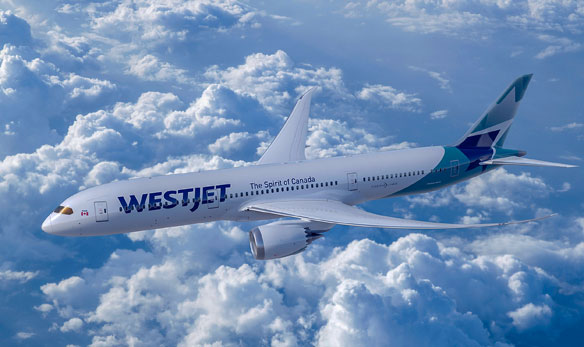 Richard Bartrem loves where WestJet is going these days.

Which is a good thing, considering that as the Calgary-based carrier’s vice-president, marketing communications, he leads the team that’s responsible for “how we’re going to start defining WestJet going forward” – a process that’s already well underway with a host of initiatives already rolled out and its new “Love Where You’re Going” campaign now in the market.

In a recent conversation with Canadian Travel Press, Bartrem observed: “Our roots are obviously in being a low-cost carrier. That’s where we started 22 years ago – in 1996 – and now it’s us Transitioning from that ULCC [ultra-low-cost carrier]. This has been a transition that has been in the making for a while, but now, with the arrival – the advent – of the 787, this is us transitioning to becoming a global, full-service carrier – and that’s the journey we find ourselves on now.”

While it may be early days in that journey, so far it’s been interesting, as that shift to a global, full-service airline has already opened up some significant, new relationships for it.

“Look at some of the relationships we’re working on right now, [we’re] entering into a joint venture agreement with Delta. We’ve submitted our requisite documentation to the government authorities in Canada and the US, [and] we hope to hear about that early next year (2019). That will give us a transborder JV [joint venture] with Delta and then we will also allow us to look at other JVs around the world going forward.”

What’s the message?
As for the message that the new WestJet will be taking to market now, Bartrem said: “If you’re looking at it from a brand campaign perspective, we have for 13 years now talked about Owners Care as being that brand platform, and it has been rooted very much in that WestJetter, in that WestJet employee as providing the differentiated experience for the traveller and that doesn’t really change – other then how we’re going to express that publicly.”

He told CTP that: “The new tag line and the new positioning that we are working from is ‘Love Where You’re Going,’ and it’s meant to be beyond the simple geographic of Love Where You’re Going destination-wise. It is meant to be multi-faceted. [It’s] meant to be everything from if you’re a WestJet employee, we want you to love where you’re going career-wise. As we now start targeting business travellers who might be looking for a better travel solution out there, we want to help them as they’re building their businesses. We want them to love where they’re going business-wise in life, and we’re hoping to serve them along the way.” 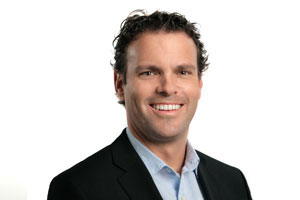 So what’s the difference?
The difference, Bartrem said is: “Even though we might be expressing it differently, in terms of Owners Care and the move toward Love Where You’re Going, it is rooted in that people side of things.”

He continued: “If you look at what we do, it is an aluminum cylinder that travels at the same speed, at the same altitude and lands at Pearson like everybody else does and it’s the same city. So, what is it that we can bring to the table that’s different. We can do that from a people perspective and that guest experience – and we are renowned for that. So, we are going to dial that up so that it is an elevated guest experience on board the aircraft.”

And with the addition of a chief digital officer, WestJet is also looking at how it can do things differently from a digital perspective and, in doing that, “drive a better value for the consumer.”
In this respect, Bartrem points out how rapidly digital technology has developed and how that has impacted on consumer expectations.

“Consumer expectation changes rapidly, and so, their expectation of what it is that they can do on their device and what you do [in response] really does need to speak to how they consume content and how they want to transact and interact with that device and all your Apps need to be cognizant of that and that’s exactly what we’re working on now.”

In fact, earlier this year, WestJet launched a chatbot called Juliet for its Facebook Messenger, and, Bartrem confided that: “It’s already answering more than 50% of the questions posed to it by the guests who are communicating online with Juliet – https://blog.westjet.com/introducing-juliet-our-new-chatbot-assistant/.

He continued: “So, yes, it’s a cost saver for us, and it allows us to actually then turn the attention on those people who are dealing with the customer, so they can actually do that more quickly because the chatbot is taking some of that pressure off.”

What a change
Decades ago, Bartrem said companies used to ask customers to send them a stamped, self-addressed envelope and they would get back to them. Then it was toll-free phone numbers, with companies telling customers to call them at no charge. Then along came email and web sites. And then, social media.

“Social media moved quickly from being simply a community to [being] a customer service tool, and the consumer’s expectations now are not that ‘Oh, I can just post something on Twitter and maybe they’ll get back to me, now they [consumers] are expecting that you’ll respond within a certain time frame,” Bartrem told CTP.

He pointed out: “Now, if you go to Facebook and click on a company website, one of the first things they tell you is what the [company’s] response [time] is. So, what we have done on the social care side is we’ve actually now deputized, if you will, a good portion of our contact centre – those people who would have been on the phone – and they are now on social media. They sit in our Ops Centre and they man those computers 24 hours a day. And, we are the first airline in Canada to go 24 hours a day like that because there is that consumer expectation of I need somebody at 2 a.m. and I want to know that I can Tweet or be on Facebook and get an answer.”

And Bartrem certainly agrees with the suggestion that today’s world is all about instantaneous gratification, telling CTP: “That’s exactly what it is and it’s amazing how quickly it’s become an expectation; and it’s not just a ‘nice to have,’ it is now becoming that ‘need to have.’”

Taking care of business
It’s no secret that the new WestJet is going after the business traveller, the question is what’s the message the airline will use to woo those travellers.

“This is new for the consumer to think of WestJet in those terms,” Bartrem observed. “Here’s an airline that is born in the low-cost side of things [and] the naysayers would say what business do they have in business class. And it really is rooted in the men and women who work for us out on the front line – they are very good at customer service and so we believe that, there’s two pieces there. One is we believe we can go and do that well – whether that’s the Premium Cabin or the Business Cabin. We also believe that we can bring a little bit of a different approach. So even the design elements that went into it are a little bit different than the competition might have looked at it.”

He continued: “But it really is recognizing that if we’re going to continue to grow as an airline and we’re going to be more relevant as an airline, guests that are travelling with us are looking for us to do more than what it is we’re doing today, so that is what we’re building out.”

What about agents?
“We always do go to the ‘what’s in it’ and the ‘what’s in it,’ is we have now introduced up to 12% commission if they book [clients] into the Business Class cabin,” Bartrem said, continuing: that WestJet recognizes “that there needs to be the incentives put in place and so those are now in place.”

He told CTP: “I do think what we have built out, I think they’re going to like. It’s not by accident that the Spirit of Canada is written down the side of the plane. Just because the competition has the name of the country down the side of the aircraft and happens to fly the flag, we believe that it’s one thing to fly the flag, but it’s another one to walk the talk.”

The result, said Bartrem is that: “When you think about what it means to be Canadian – it is friendly and genuine and warm and open – if you look at the guest experience elements that we deliver inflight, I think that’s a lot of what we can bring to market. And I think that’s relevant for the travel agents because the travel agents are booking on behalf of their customer, and we think we have a product that’s going to be very relevant to their customers.”

And agents, Bartrem said are “excited’ about the new business product and the new WestJet.
“I mean they did want to see the commission structure [and] we put that in when we announced the service on Oct. 10. They do want to see what it’s [the Business Class service] going to look like; [just as] much as WestJet employees are waiting to see what it looks like,” Bartrem said.

Too much information?
With the amount of information that’s coming out of WestJet these days, it seemed appropriate to ask Bartrem if he wasn’t a bit concerned about information overload.

“It’s an interesting question,” he observed, “because there is an awful lot going on at WestJet and, therefore, a lot to communicate. But, at the same time, turning to our share price right now, we have in the investment community become a ‘show me’ stock where I think the investment community likes the story; and they’re saying I want to see how this, you know, great movie, I want to see how it ends because there’s an awful lot going on, and they want to see it deliver on those executionally. So that’s why you see a fair bit of communication from us – it’s to demonstrate that we are knocking off a lot of the initiatives that we said we were going to do.”

He pointed to the launch of WestJet Link, the launch of Swoop, the announcement of the 787s going into the market in 2019; the carrier’s fare class realignment as just a few examples of this, observing: “All of these things are happening on time, on schedule – so we’re out there with all that to demonstrate that the very things that we said we would set out to do are, in fact, taking place. It’s a lot to convey because there’s a lot going on, and we want to demonstrate [that] it’s happening.”

As for the takeaway, well, Bartrem told CTP: “Your readers are the travel community. They may think of WestJet as that low-cost carrier [but now] we are going in a different direction and that’s where Love Where You’re Going is very apropos, and we hope they love where we’re going, which is building out this global, full-service carrier.”