Home › Digital Post › The right side of the law

The right side of the law 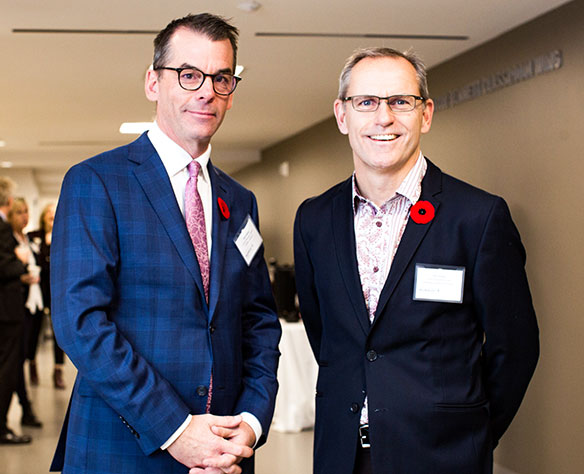 In an age where information and pictures are being disseminated online with the simple push of a smartphone button and travellers can share their feedback and complaints about a vacation instantaneously from virtually anywhere in the world, those in the travel industry have to be careful not to oversell their product in order to avoid legal ramifications.

“Words really do matter and be careful not to over promise when you are trying to describe your property or your product in as glowing terms as possible without going over the line, creating a problem if you do,” said Pierre LePage, executive director, the Canadian Association of Tour Operators (CATO). “The danger is always, especially for the travel agent, to over promise something that really can’t be delivered each and every time. And that’s the reality travel agents need to realize when they are selling a product over which they have no real control. At that point, then everything goes back to the written material which must be as simple and as clear as possible.”

Speaking at a recent media briefing following a closed session for CATO members entitled Trains, Planes and Contracts: Legal Issues in the Travel Industry put on in conjunction with the University of Toronto’s Law Faculty, LePage said the session focused on the legal implica-tions surrounding disclosure.

“I think the purpose of the session was to bring a thought- provoking and educational symposium for our CATO members on contract laws, the contracts between tour operator and their clients, and then the whole idea of disclosure,” added CATO chair Tim Croyle. “What sort of disclosure are we obliged to make in respect to fulfilling that contract. It was really about raising awareness and getting everyone to start thinking about this topic, which is relevant to the tour industry.”

The bottom line, said Associate the Professor Anthony Niblett, of University of Toronto’s Faculty of Law, who led the group through some case specific examples, is that the right answer isn’t black or white.

“I think one of the things I wanted to try and get across was that in a lot of cases there really is no one right answer,” he continued. “A lot of the law is quite vague and based on standards around what is reasonable ,and it’s really very heavily fact specific.”

For example, one of the questions that arose during the morning session was about the duty of disclosure when the 737 MAX comes back into rotation.

“One of the questions was about whether you’d have to disclose if you were flying on a 737 MAX, those sorts of questions, of which there is no definitive right answer,” he said. “A lot of law is looking in the rearview mirror. Once something has happened, then we go back and see whether someone acted reasonably or not.” 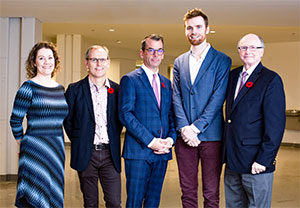 What should agents know?

On the same line, Jeff Element, president of The Travel Corporation Canada, who took part in the event, believes travel agents should also be educating themselves, in order to avoid the dangers of over promising and getting caught up in potential legal action.

While it’s easier to file and make complaints, Element said more issues are being solved outside of the court room.

The lines of contract law continue to get blurred when a travel agent promises something beyond the scope of the tour operator agreement.

With the ease of instant communication, Croyle said it’s not only becoming increasingly easier for travellers to share their opinions, but they are also more astute.

“Now, you can be at a resort anywhere around the world, take a bunch of photographs, and start emailing them or get ahold of your tour operator. Now, it’s a lot more instantaneous and because it’s easier, that’s probably why we receive more feedback from guests,” he said. “The access to information, from our experience we see people use TripAdvisor, all that information is way more readily available than it would have been 15 or 20 years ago. And then everyone has got a phone with a camera, you see people recording stuff, so there’s a lot more information that’s available to travellers and a lot more ways that they can gather information and evidence of their trip and how it doesn’t meet their needs as sold. Then there’s the speed in which that information travels whether it’s back to the travel agent, the tour operator or through social media.”

However, he believes technology can also be used to help manage expectations since tour operators and travel agencies now have access to a plethora of more material.

“Whereas before you may have had one image in a brochure and description, and now there’s like 360-degree room views, videos, there’s a lot more technology and data you can use to show this is exactly what we’re selling you and not a very high-level description of one picture, which is more open to interpretation. I think there’s an opportunity to use technology to better set the expectation or be clearer on what is the product and experience that you are selling.”

Similarly, Walker sees technology enabling the relationship between the trade and travellers.

“[There is] definitely a power shift when you think about social media in terms of moving away from perhaps a tour company or a travel agent to the consumer because they have a lot of recourse with that,” he said. “But I also think it’s an enabler. It means the two parties, if there is an issue, the two parties are more likely to resolve it because the power doesn’t favour one over the other. It’s much more equal.”

Meanwhile Stéphanie Bishop, managing director of the Globus family of brands, said tour operators are smart to have incident response teams in place to be ready for whatever challenges they face.

“There is a much higher degree of awareness of information, of accessibility, of instantaneously if something happens on a tour or on a cruise it’s seconds, so as companies I think we all do quite well having really robust incident and response teams,” she said. “I’m always amazed to see if something happens in South America, within five minutes there’s a whole slew of emails going out, we have to be set up that way because of social media in particular.”

Acting on the Act

Another topic that came up was on making changes to the Travel Industry Act, with CATO members in agreement that it needs to be updated to reflect the ever-changing travel industry.

“I think having an Act that spells out what should and shouldn’t be done is probably a good reference point,” said Croyle. “We have been working with TICO and the government around revisions to the Act because the Act was written awhile ago… and we’re continuing to have those dialogues to really try and help modernize the Act so that it reflects conducting business today, which is a lot more digital, a lot more online, and a lot more global than it would have been 10 or 15 years ago.”