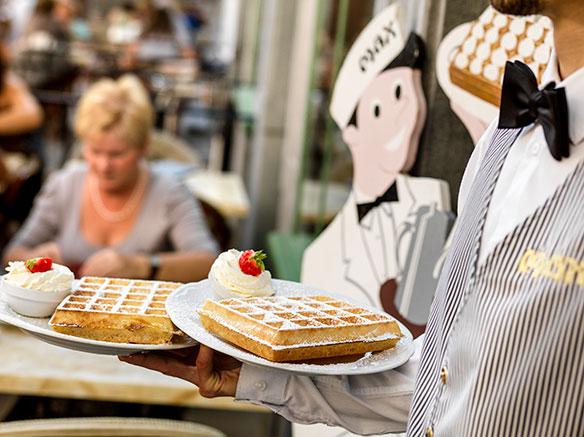 Those who appreciate that which is produced in breweries can “grin and beer” it in the Flanders region of Belgium.

Marco Frank of VISITFLANDERS notes that Stella Artois – which has built a worldwide following – is from Flanders, but is just one of many beers from there.

“The variety of Belgian beers is tremendous,” he says. “From lager and pils beers to abbey and trappiest beers, there are about 1,700 different Belgian beers and the number keeps growing.

Belgian beer breweries have always been experimental, and Belgian beers can be brewed with a number of interesting ingredients.”

“Even if a guest is not a beer lover, I am sure we can find some interesting beers that are enjoyed by everyone. We just might have to serve our wine or champagne beers.”

Beer has been brewed in Flanders since the Middle Ages, with Belgium eventually gaining UNESCO World Heritage recognition for its beer culture. Flanders is home to brewing giant ABInbev, which produces Stella Artois and other beers, but Frank notes there are also thriving micro-breweries and home brewery scenes.

Crossroads of Europe
Frank labels Flanders the crossroads of Europe, shaped by influences from throughout that continent, something that can be seen in its cuisine “These deep connections with its past and across Europe are also reflected in the traditional dishes that are served,” he says.

“But, while never losing sight of the classic techniques and dishes, chefs in Flanders are also creating and refining contemporary dishes. Flanders’ culinary landscape has grown to become one of the world’s most varied and interesting. And the innovations continue with chefs combining influences not only from around Europe, but also from around the world. This makes for some interesting fusion cuisine.

When was the last time you had wasabi-infused Belgian chocolates?”

Frank says Flanders is suited to active vacationers, with cycling being among options.

“There is a long history of cycling in Belgium,” he notes. “The countryside is primarily flat, so it is easy to cycle even long distances.

But the beautiful aspect of our cycling products is the fact that we can offer cycling for all skills and interest levels. From basic leisurely cycling in the cities or the countryside for just a few hours to full hard-core one-week cycling experiences that replicate iconic climbs of the Tour of Flanders, a “Spring Classic” cycling race that takes place in April.”

The Tour of Flanders was first held in 1913 and “attracts the best of the best cyclists. The day before, any cyclists up for the challenge can race the same course that the professional riders compete on. Shorter distances are available for cyclists that do not want to go the full distance.”

In addition to the cycling network, which extends about 12,000 km, there is a similar network for hikers. “The Flemish Ardennes are a great place for hiking,” Frank says. “The rolling hills make for a picturesque landscape. The hiking trails are all signposted, easy to hike and only a short distance away from where you are staying.”

Those exploring Flanders can also visit beaches and nature reserves, and hot-air ballooning is popular, particularly around Bruges, providing spectacular views of the UNESCO World Heritage Site city and the Belgian coastline.

Festive and historic
Warm weather’s arrival leads to lots of outdoor festivals revolving around the likes of the arts, music, food and beer.

Frank also praises Flanders’ historical side, adding those who enjoy art will “be wowed by the works of painters like Rubens or Van Eyck, also known as the Flemish Masters.”

Visitors will also find historic, well-preserved cities and can “walk the same alleyways that the locals walked 700 years ago.”

Those interested in recent history will find numerous sites telling of the First and Second World Wars. “With several anniversaries of World War II coming up, it is a perfect time for a combined WWI and WWII visit,” Frank says. “And don’t forget to add the ‘Parlementarium’ in Brussels that shows how Europe has come together after two world wars.” 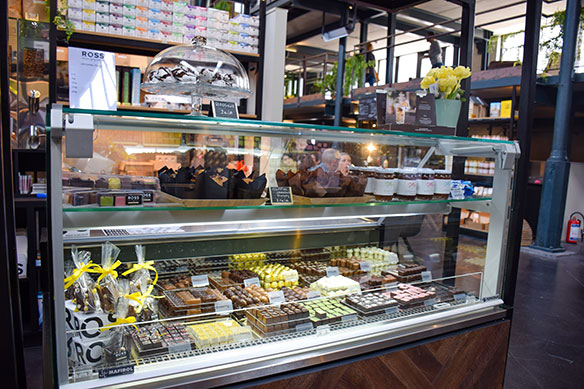